Tuesday, March 31
Trending
You are at:Home»UFOs»UFO Hinders Flights Of Two Russian Jets In The Sea Of Japan (East Sea) 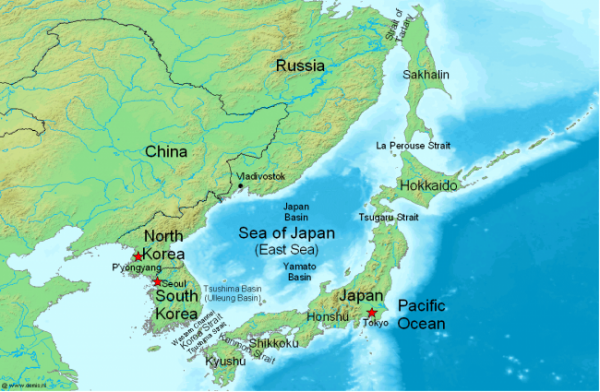 By Administrator on March 9, 2015 0 Comments
UFO Hinders Flights Of Two Russian Jets In The Sea Of Japan (East Sea)

An unidentified object hindered the flight of two Russian passenger planes over the neutral waters of the Sea of Japan early on Wednesday, reported VOR.

The unidentified aircraft’s flight plan had not been cleared with relevant bodies or agencies, he said.

“This could have been a drone, a military plane or something else. This has yet to be determined. However, no one else except for the two passenger planes was supposed to be in that area,” the source said.