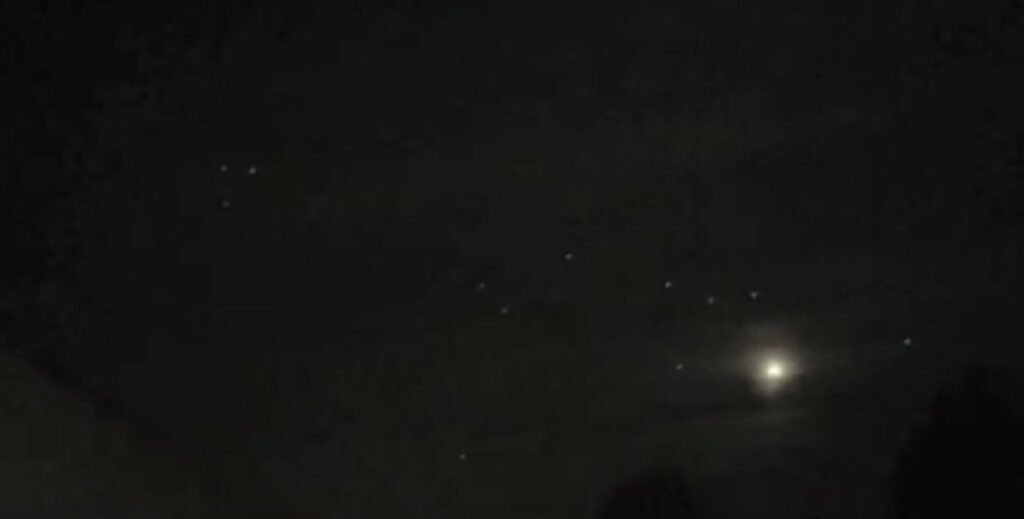 Eyewitness states: I did not witness this, a friend did. She said people were pulling over on the highway to watch them. Route 322 in Chichester PA. Orange orbs.

Although I am not a fan of the theory as I think it is largely overused by skeptics; chinese lanterns should be considered. While watching the video, it appears that all the lights are coming from a central location (from the right) and all slowly drifting in the same general direction. This could be indicative of chinese lanters being lit and flown into the air – and once they catch wind, they will fly off very similar to this.

Of course, that’s just a possible explanation. It would be interesting if other videos surface regarding the incident. Something this obvious should have been seen by others.