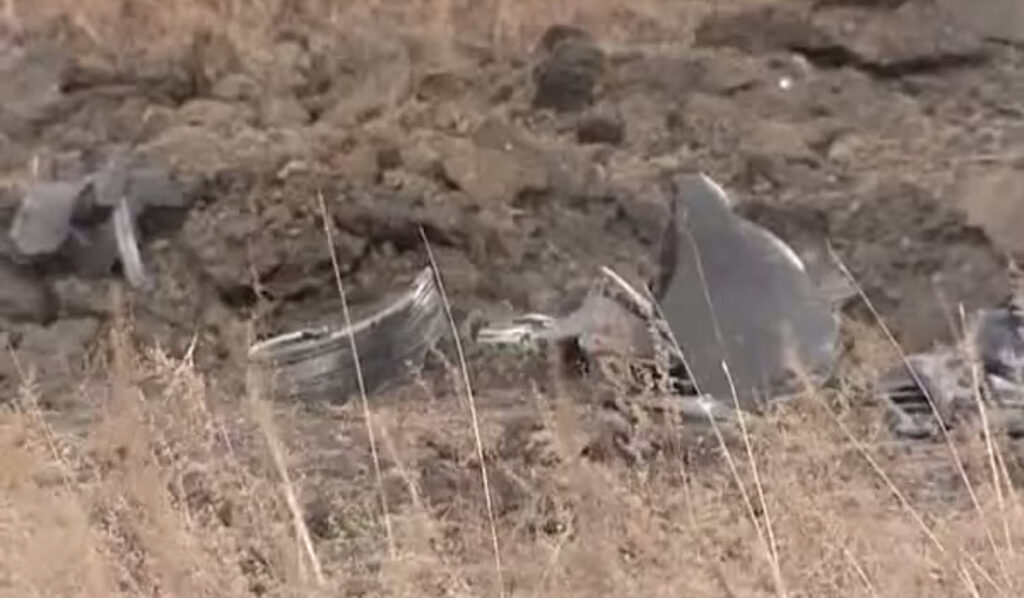 An unknown object exploded in a suburb of the Russian city of Chita, with some saying it fell out of the sky.

The incident took place in the Ugdan village earlier on Thursday. “I heard an explosion and saw a huge pillar of black smoke around 11 or 12 a.m.,” Vladimir Milovanov told the local Altes TV channel. No one was injured in the explosion but a nearby building sustained minor damage.
Policemen collected scraps of metal from the crater left by the blast and sent them for testing.

“The object could not be identified. It does not resemble anything. One of the theories [of what happened]– gas balloon explosion,” the press service of the Regional Office of the Ministry of Internal Affairs said