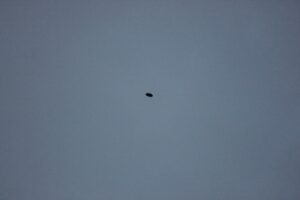 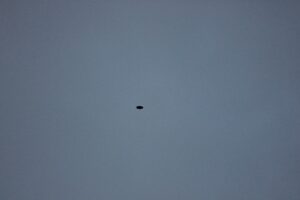 I was driving on Palomar Airport Road in Carlsbad, CA… driving to my son’s baseball game at 7:15 pm and I observed a saucer-like object in the sky through the driver side window… north of my location.

Fortunately, I had my DSLR with me because of the baseball game, so I rolled my window down and took three pictures in rapid succession.

My daughter and I both watched it until we were forced to proceed with traffic and it was gone.

Using Occam’s Razor, I assumed it was a drone.