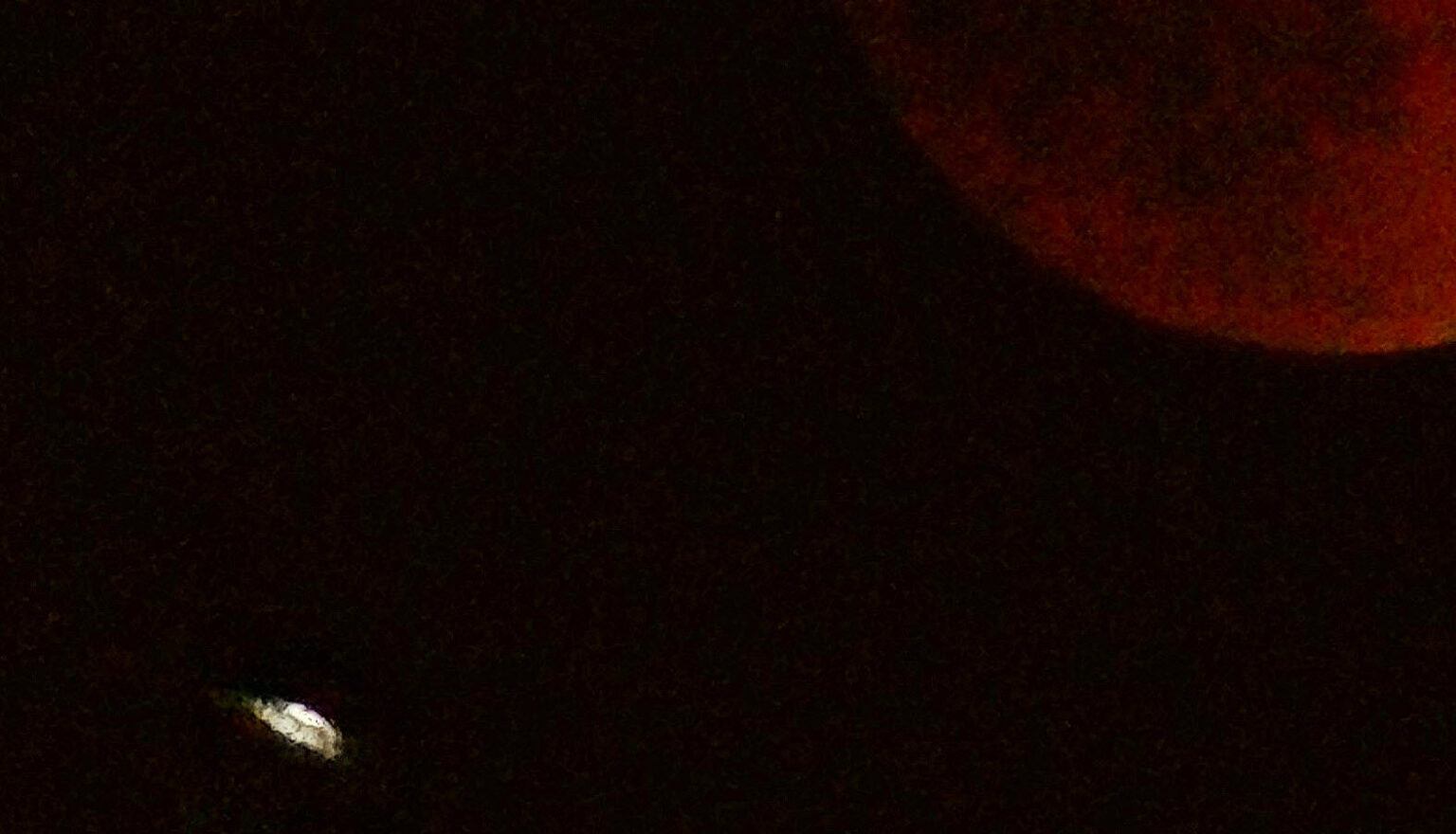 The following was submitted directly to The Black Vault. All photos are copyrighted to the photographer, and can NOT be used without permission:

I used a Leupold Mil.Spec. 60×40 sniper scope adapted using my iphone. I my dad and a couple of friends noticed various blinking lights “dancing” around the moon at the start of the eclipse at about 7:50pm mountain time.

As I was aiming with the tripod I caught a glimpse of something bright and quickly (which was odd because of the parallax) I snapped a picture so I could look at it later.

My friend noticed a small flash of light on the top of the eclipse, that was captured on the picture. I did take multiple pictures at various shutter speeds this one came out the clearest.

I’ll send you a zoomed in version I took. It was taken on September, 28th 2015 at 8:30pm in Albuquerque New Mexico in the Northeast heights facing the Sandia Mountains.