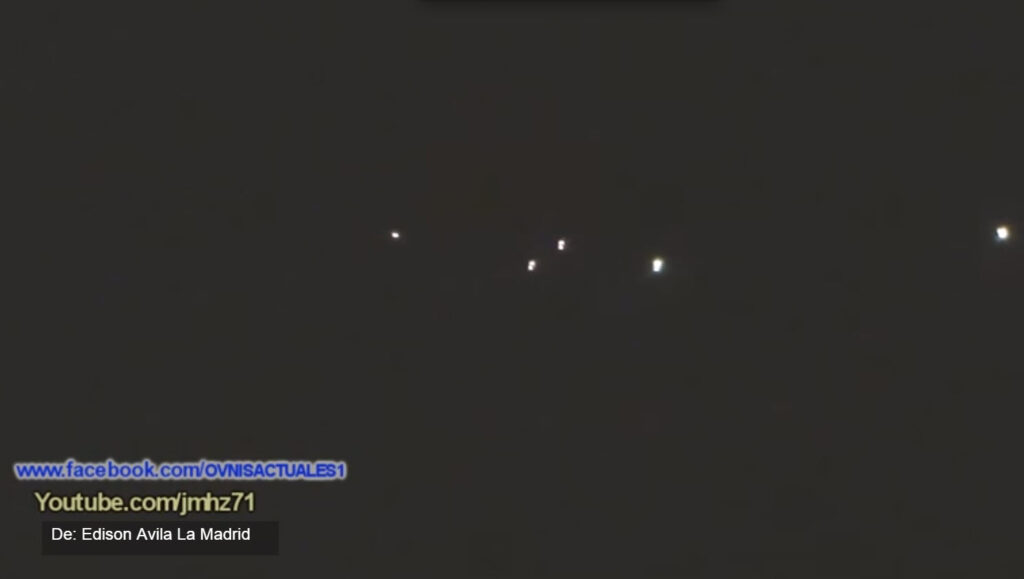 The following was published by The Mirror on June 24, 2015, and is archived here for reference:

A strange fleet of unidentified flying objects have been caught on camera by a baffled man who spotted the lights hovering above his home.

Five ‘double orbed’ lights were seen dramatically changing position in the early-morning sky above Tarma, a central city in Peru on June 22.

According to the filmmaker, the video was captured at 5am, although other details about the footage remain unclear.

The baffling YouTube clip has since been shared by OVNI, a website which collects UFO videos and stories from all over the world.

Since the video was published on June 23, it has also attracted attention from social media users, with some viewers appearing very enthusiastic about the footage, convinced it is proof of alien life forms.

One commentator wrote: “What happens if you do signs with a flashlight or laser? Have you tried to? Do your legs not tremble?”

Another added: “Thank you. Amazing fleets of alien ships recorded all around Earth of late.”

Earlier this week, the internet baffled by a video of a strange ‘alien’ light shining from behind a cloud.

And despite scientific explanations of weather phenomenons, many viewers remained convinced that it was proof of extra-terrestrial activity.