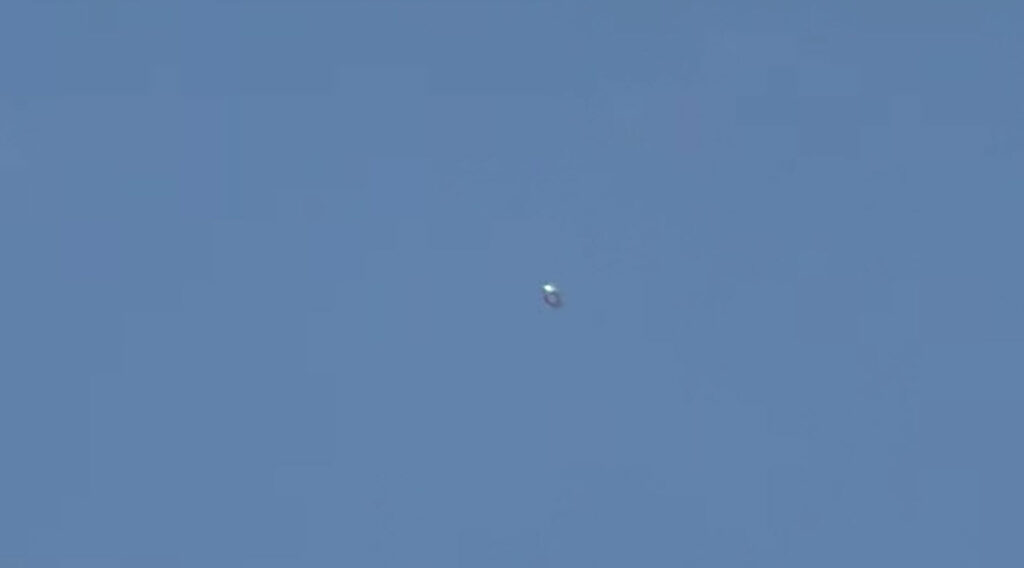 The following was submitted directly to The Black Vault. It is used here with permission. Please contact the owner of the video for additional rights.

Captured just before 3.00pm on the 30/05/2015  over South Yorkshire, England in the UK, a small plane was flying by which we did not film and as it flew past, we saw a stationary bright point of light high in the sky.

As it was stationary, we knew that it was a UFO, so we got our Panasonic HCV-550  video camera and after a few attempts at focusing, managed to capture this amazing ring doughnut shaped UFO, which was very far away using the 90x intelligent zoom.

The UFO seems to shape shift and flex but returns to its ring doughnut shape and it seems to have a dark base, which rules out it being a balloon or drone.

It seems to emit on its own in and around the craft at times, green, red and white light, which is separate  from the sun reflecting off the metallic surface which is probably its propulsion system.

At the end of this video are some stills with negatives.