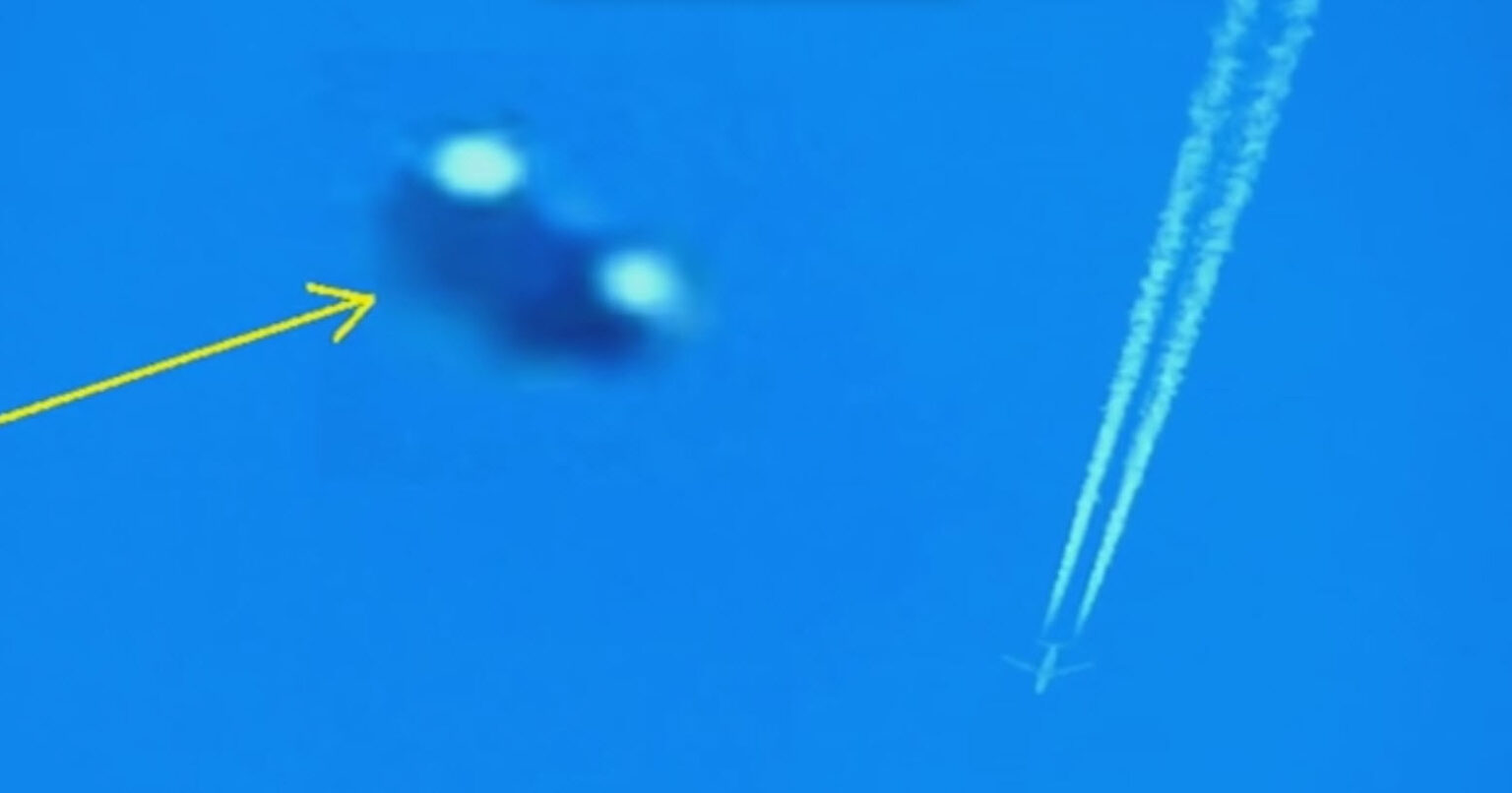 The following was written by Alejandro Rojas of OpenMinds.tv, and published April 21, 2015:

A professional photographer was filming an airliner from the patio of his home on the outskirts of Rome when he caught something on video he cannot explain. He did not see the object as he was filming, but upon review of the footage, a strange object can be seen for a couple of seconds. Local UFO researchers are just as baffled as the witness.

This UFO sighting has been covered in Italian news, and was investigated by the Mediterranean UFO Center (C.UFO.M). The name of the witness has been withheld.

According to C.UFO.M, the unnamed witness is a professional photographer who specializes in taking photographs of actors, singers, and other important people. On April 12, 2015, at his home on the outskirts of Rome, the photographer was filming an airliner using his Panasonic Lumix camera with a 60x zoom lens.

Upon review of the video, the photographer noticed a strange object pop onto the screen for a short period of time.

C.UFO.M examined the video to help determine what the object is. In their analysis, posted on their website, the investigator, Angelo Maggioni, first determined that the object was not a bird. He says the object is too high, and that the UFO does not look like other birds that have been captured in images.

In the end, Maggioni has no explanation. He feels it is a self luminescent object that, to him, remains a UFO.

Maggioni calculated the height of the object by concluding that the UFO was in focus and so it must be about the same distance as the airliner. He estimates it is 13,000 meters, or over 40,000 feet high. That would be around the same altitude as the airliner. Although, the still images look fuzzy and out of focus to me.

Also, as the camera pans to keep track of the airliner, the UFO flashes by. This could be because the UFO is stationary, or moving slowly, and much lower than the airliner.

As for the UFO’s lights, if the object is an odd-shaped, or misshapen, silver balloon that is spinning, reflections would change rapidly and look to be in odd places. When C.UFO.M zooms in on the object in their video (seen at the top of this story), the object does look disc-shaped. And we all know what is disc-shaped, that’s right, a balloon. Oh yeah, UFOs too.

The object is so small and far away that even though the photographer used a good camera and zoom lens, it is hard to know exactly what he caught on camera. Is this some sort of craft with lights on it, a mere balloon, or do you have another theory? Let us know below.