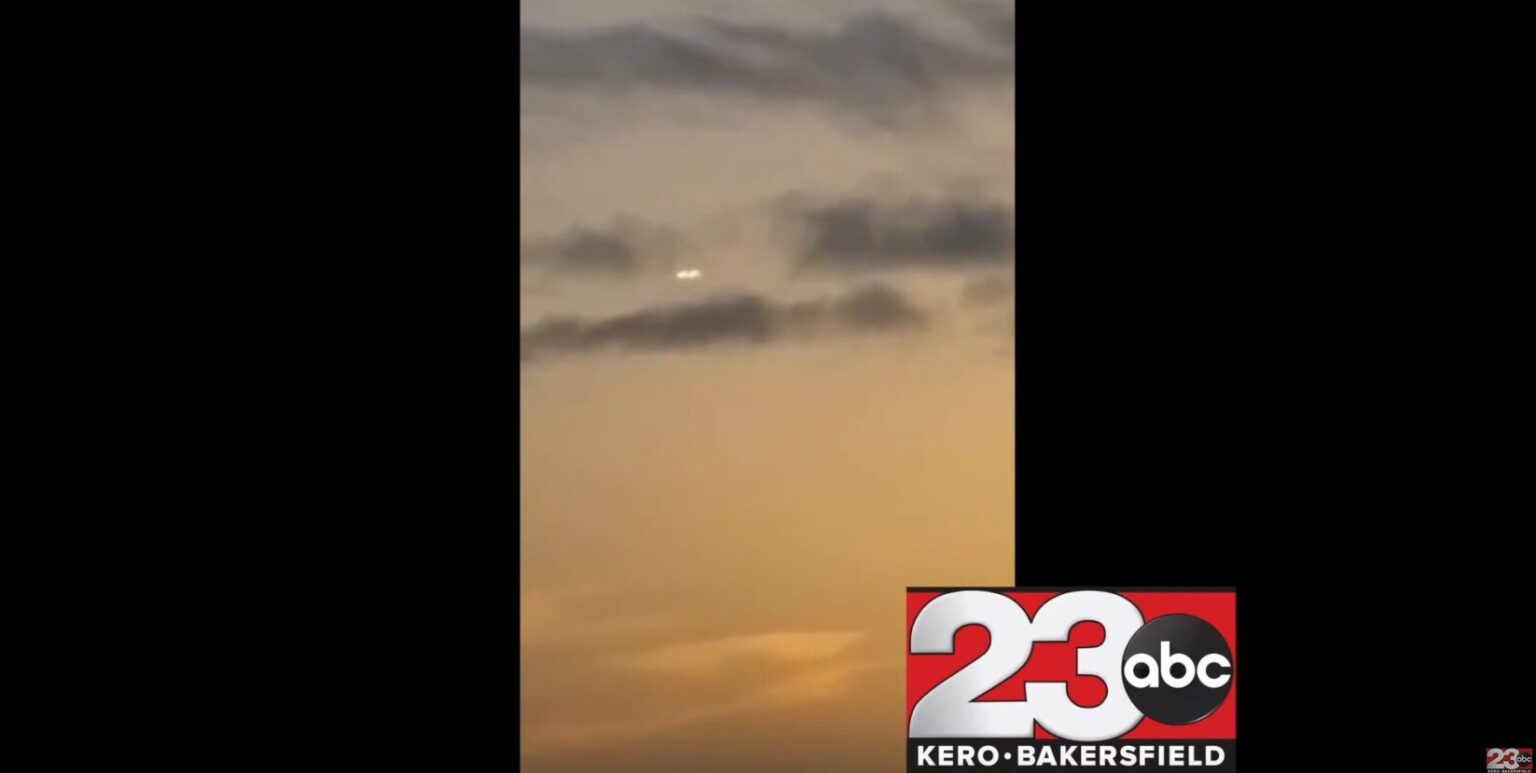 The following was published on April 16, 2015, by the Inquisitr:

Residents reported spotting a mysterious glowing UFO hovering over Bakersfield, California on April 14, 2015. One resident who witnessed the incident submitted a video via Facebook to the local news channel 23ABC Bakersfield.

The witness, Alex Viveros, captured the glowing UFO in the sky over Central Bakersfield off Union Avenue at about 6 a.m. on Tuesday, April 14, 2015.

Although some suggested the light was from an aircraft preparing to land at Meadows Field Airport three miles northwest of Bakersfield, Viveros’ observation that the UFO appeared and disappeared abruptly raised questions about the suggestion.

The video shows the glowing UFO moving slowly in the sky. It stops at a point and hovers briefly. The light also appears to vary in brightness, increasing in intensity for some time.

Based on the observation that the light appeared to stop and hover in the sky, some argued the UFO’s behavior does not support the theory that it was the light of an airplane preparing to land at the nearby airport.

A 23ABC meteorologist, however, insisted that the light could be from an “airplane travelling in the sky and reflecting the sun off the surface of the plane creating the glow.”

A former resident of Bakersfield reportedly supported the meteorologist’s suggestion, writing on the news channel’s Facebook page that the plane was “Final To Runway 30 Right At Oildale International [Meadows Field Airport]. Lots Of Jet Traffic Early In The Morning.”

Open Mind’s Jason McClellan weighed in, saying that when viewed from different perspectives planes sometime appear to stop and hover in the sky as they prepare for landing.

“And Meadows Field Airport is just three miles northwest of Bakersfield. There was morning traffic at the airport around the time of the sighting. So it’s likely that what the witness caught on video was a landing airplane that looked strange because of his vantage point and because of the reflecting sunlight.”

However, McClellan said the explanation was only an “educated guess.”

The latest sighting was reported on April 14.

Some would consider the recurrence of the 14th day of the month significant.