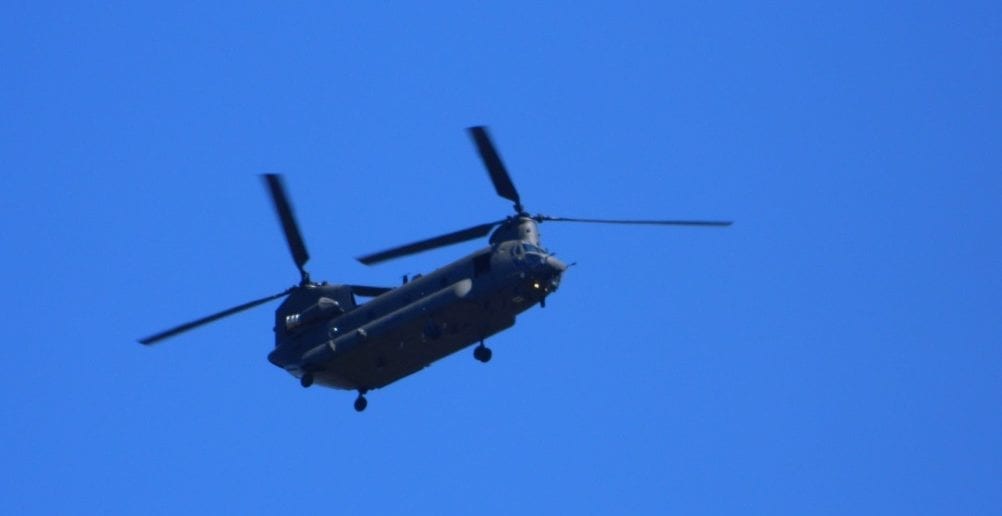 Description: The witness called and reported his sighting via voice-mail a few minutes after it occurred.

I subsequently called him the next day and verified details of his sighting. A clip of my interview with the witness can be heard above.

The witness heard the loud sound of helicopters. He went outside and saw a Chinook helicopter.

Note: The nearest military bases to the sighting were Whiteman AFB in Knob Noster, MO; Forbes Field in Topeka, KS and the Army base in Fort Riley, KS. It is not known if the sighting was related to any of these bases?

(Photograph of Chinook is used for illustration only, and is not part of this case)