Four months prior, Hynek contacted Henry requesting he investigate the Suffern Three Mile Lake Incident where a UFO reportedly landed on a road and a creature was claimed to have been seen wearing a one-piece, silver-coloured suit with a white or light-coloured globe on its head.

The letter is dated the year before the release of the Steven Spielberg movie, “Close Encounters of the Third Kind”, a term coined by Hynek which inspired the movie.

Hynek handwrites the following note at the end of the letter, “Mimi and I will be seeing you on the 27th”. Mimi was Hynek’s wife. 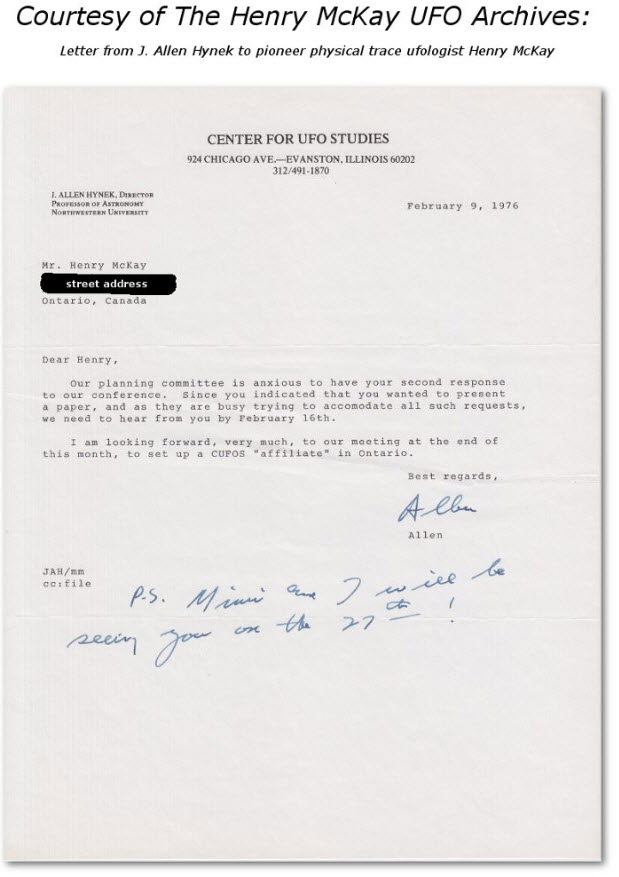 The Saucerian Review, A report on Flying Saucers, Edited by Gray Barker, Published 1956