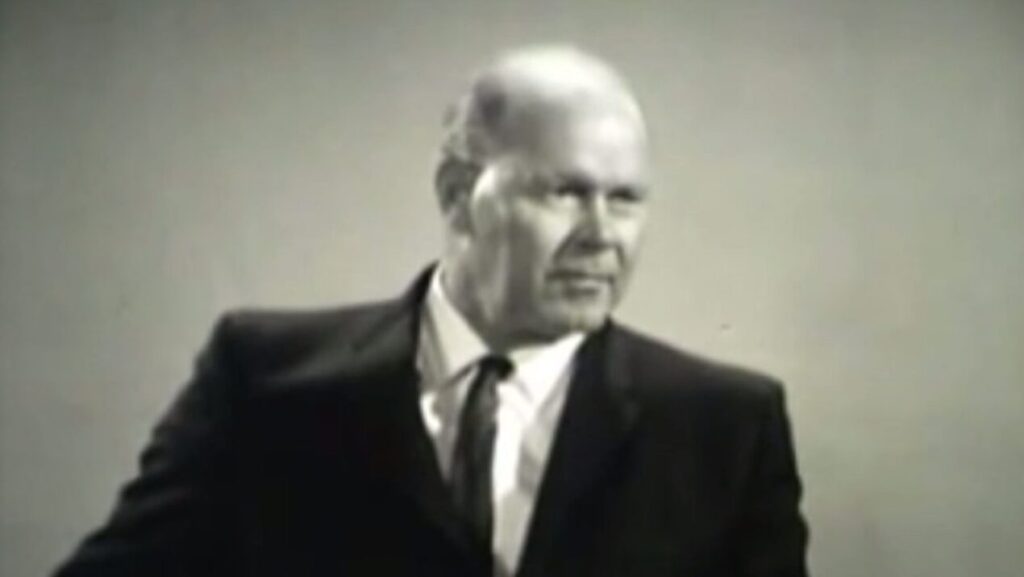 The following video was obtained from Western University, and full credit is given to them for digitizing this material.  It holds the following caption/description in the library:

Jack Webster interviews California resident George Van Tassel, who claims to have been visited by aliens on flying saucers that used anti-gravity technology. During the interview Van Tassel discusses the formula for time travel taught to him on a visit to a UFO, and its relationship to the Earth’s magnetic field. In later years Van Tassel would be known for the Integratron, a large dome-shaped rejuvenation device he only partially completed in the California desert prior to his death in 1978.

Additional information is as follows: