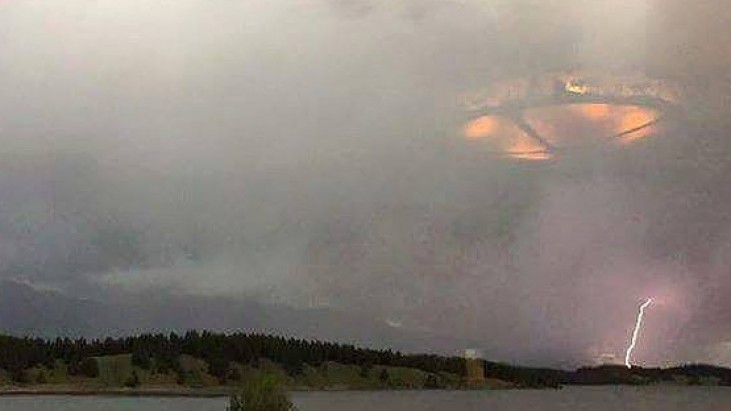 This is, from what I can tell, the original posting that connecting a reflection to a “UFO” and made up the fact that Facebook was removing the photo. If true, I wonder why it’s still up after 600,000 shares?

Well, it’s a photograph that’s too good to be true.

You’ve probably seen it. At the time of writing this case file, on August 13, 2015, the photograph had more than 690,000 SHARES on Facebook alone.  The tagline? It reads, “This photo was taken in Australia, get it out there as Facebook are trying to remove it.”

With a tagline like that, who wouldn’t LIKE it and SHARE it to their friends? I mean, Facebook was covering this up and it was on the internet, so, it HAD to be true, right?

Once it was shared to me like 2 or 3 thousand times, I decided to take a moment to investigate.

Here were my initial thoughts:

Clearly, the photographer was above ground, since the trees were below him. We can deduce he’s probably in a building (rather than sitting in an open sky crane in a lightning storm), so therefore, probably shooting through the pane of a glass window.  With the “UFO” having 4, equal cut, “slices” in it, it screamed (to me anyway) this was a chandelier or light on the ceiling of a room.

I have seen thousands of UFO photographs over the years, and many of them are usually photos taken through glass, and a mysterious object shows up in the frame. Yet, it’s the taking of the photo through glass that really is the issue. I felt that could explain this photo quite easily.

Looking out the window, many times, lit objects BEHIND your point of view can be seen as a reflection.  Most of us have that little thing called common sense to figure out, “Hey, that’s a reflection of a lamp.”  But, send out a low resolution photo of that reflection onto the internet, add a spooky tagline caption, and voila — you have a viral UFO photograph.

So, I wanted to prove or disprove my theory so I set out to Google’s handy dandy search engine to take a look at what I could find.  Well, someone beat me to solving this thing. And, it confirms what I thought.

With credit to the SKEPT!CAL blog, they made the discovery of a near identical looking lighting feature that actually can be yours for a little over $1,300! 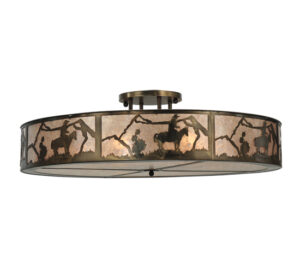 Is this an exact match? It looks pretty darn close. Same spacing on the bottom, same or similar design on the side, and, of course, coloring looks just like a southwest/cowboy color to give that rustic feel.

They even take it one step farther, and find what is probably the exact location the original “UFO” photograph was taken. 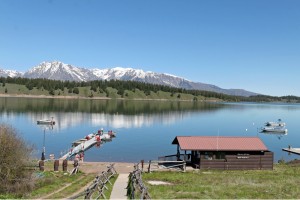 The above photograph was taken at the Signal Mountain Lodge in Wyoming.  Quite a distance from the alleged location being Australia in the original post.  Here is a photograph from inside one of the lodges: 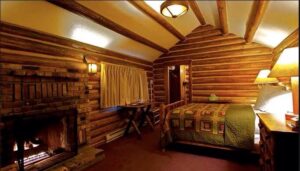 I guess that old saying, “If it looks to good to be true… it usually is” may apply to this one.

Sighting of unusual object flying over Crewe captured on camera