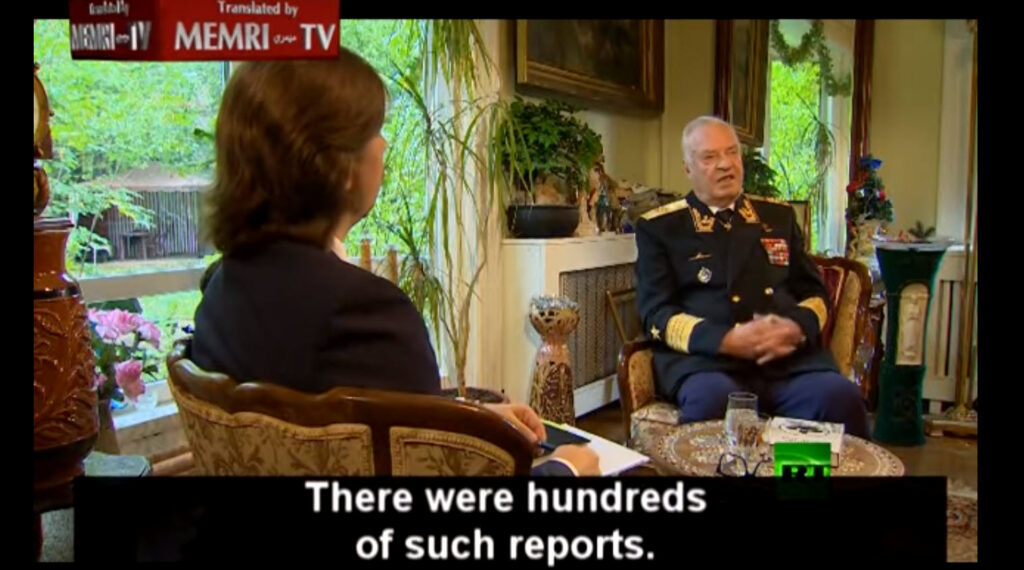 This interview was posted on the MemriTVVideos YouTube channel. It is archived here for reference.

In a Russia Today TV interview, Admiral Vladimir Chernavin, the last Commander-in-Chief of the Soviet Navy and later of the Russian Navy, talked about Soviet-American relations, saying that the Americans “love power” and “refuse to recognize anyone who is not willing to use it.”

In the interview, which aired on October 25, 2015, Chernavin, who was former deputy minister of defense, said that the archives of the Soviet military navy had hundreds of reports of UFO sightings and that he himself had seen a UFO, which “assumed various forms, but mostly, looked like a round hat.”