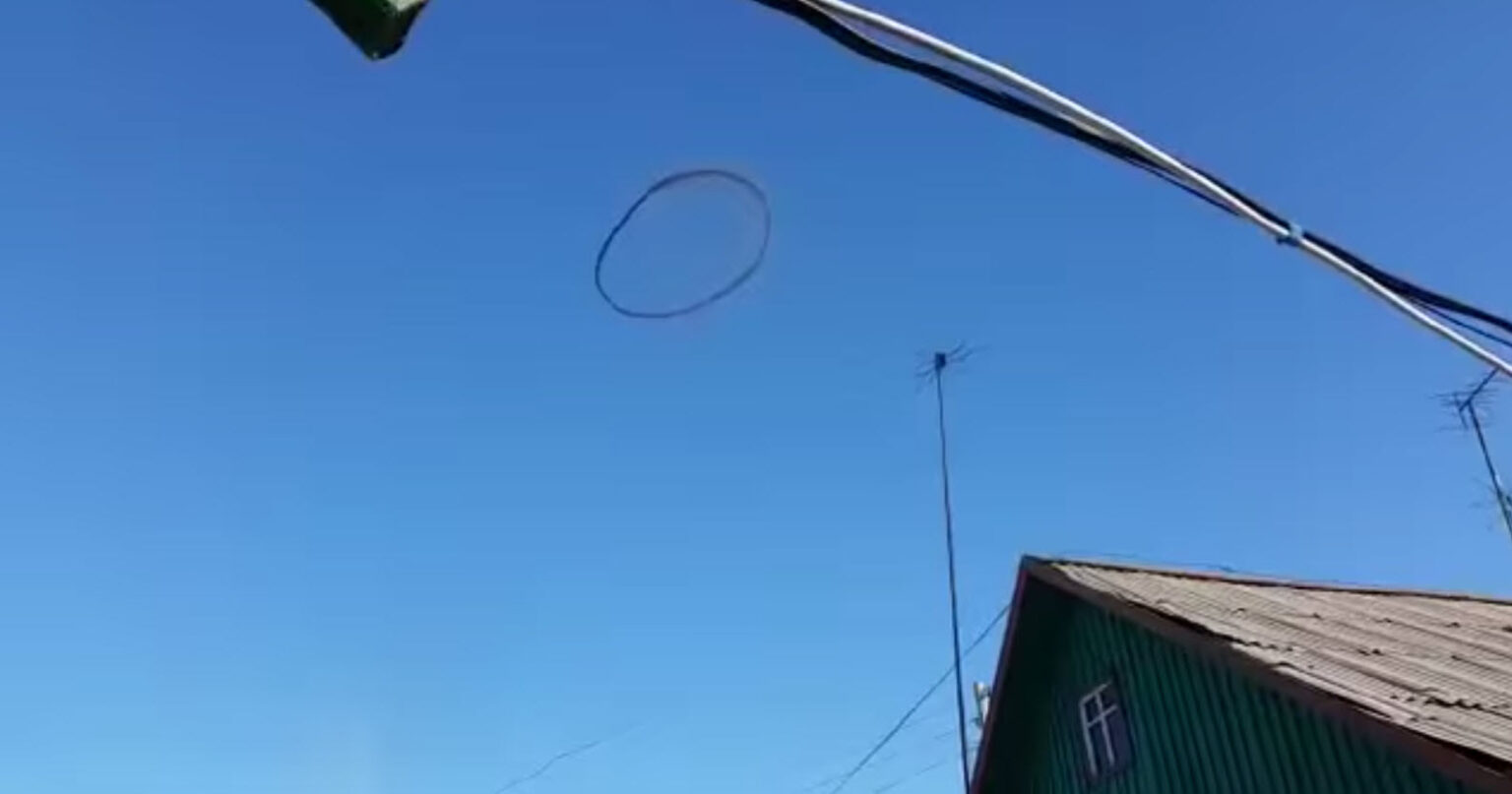 By Elle Griffiths, The Mirror

The footage of the strange phenomenon, filmed in Kazakhstan, has sparked countless UFO rumours after being viewed thousands of times on YouTube

Eerie footage of a strange, black ring floating in a clear blue sky before vanishing into thin air has sparked UFO rumours among sky-watchers.

The sinister shape hovers ominously above the village of Shorthandy village, near Astana, Kazakhstan, for several minutes as shocked locals watch in confusion.

It then disappears completely, leaving no trace behind.

The video has been viewed and shared thousands of times on various sharing sites with users all speculating as to what could have caused the spooky sight.

While some are convinced the shape is a UFO and proof of extra-terrestrial life, others are slightly more sceptical, saying it could be the result of cigarette smoke.

The clip has been watched on YouTube almost 50,000 times.

One viewer wrote: “A vortex ring or smoke ring can be formed in the atmosphere by a rising (falling) mass of warm (cold) air, which is also called a thermal (microburst).

“It could have been artificially created as well.”