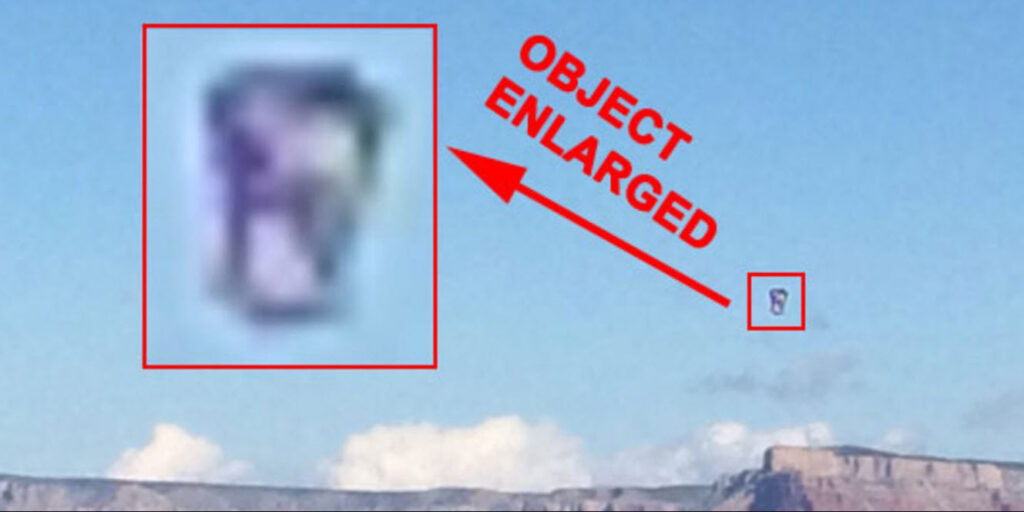 The following sighting was submitted to UFOs NorthWest, and it is used here with permission.

Description: I was taking pictures with my phone. Later in the day when reviewing the pictures, there was a spot on a picture. At first I thought it was on my phone screen. Then I realized it was my photo. When I enlarged the photo, I thought it was a helicopter, but it definitely is not a helicopter. I am not sure what it is. I guess I am open to what others see. No one I know can give an explanation for it.