Name of Witness: Courtesy of The Henry McKay UFO Archives 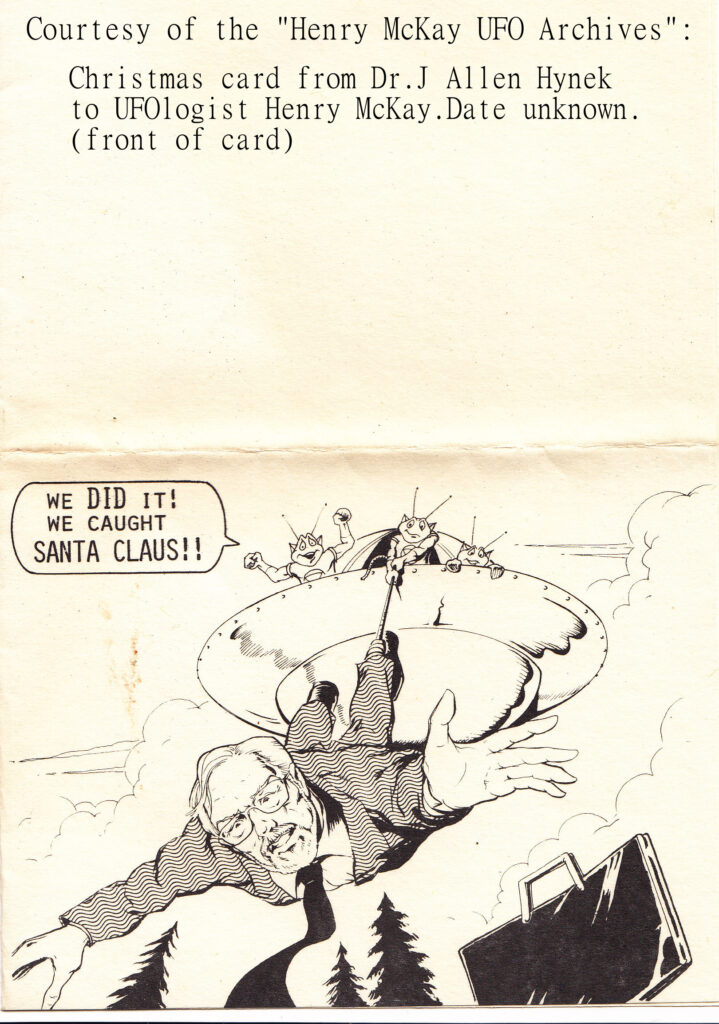 Christmas card from J. Allen Hynek to Henry McKay (Inside)

This is a Christmas card that was sent to pioneer physical trace UFOlogist Henry McKay from his good friend Dr. J. Allen Hynek. Date unknown.

Hynek coined the term “Close Encounters”, and was the astronomy consultant to the U.S. Air Force’s UFO projects including Project Bluebook. Inside the card (which is the second image) Hynek wrote: “Merry Christmas! How’s this for a close encounter of the third kind! Mimi and Allen. Hope to see you soon.”