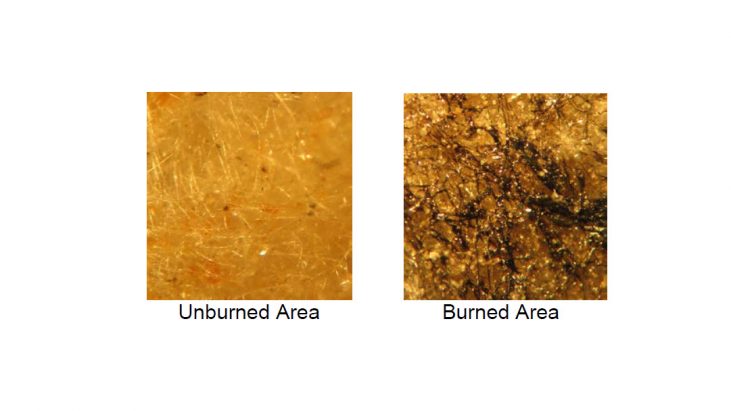 Four witnesses of the event include a man, his wife, and two tenants who rent an upstairs room in their house. The tenants were outside about midnight on June 29th smoking cigarettes when they observed multiple orange-red unidentified aerial objects descend over their neighborhood. At the height of the event there were up to 24 objects. They were silent and floated irregularly. One of the tenants filmed the event using his SamSung Galaxy S5 phone. Toward the end, the objects appeared to slowly and silently move off into the distance in sort of a formation.

One orb was still floating behind the others and acting irregularly as if it were malfunctioning. It seemed to drop/jettison something that burnt wildly the whole way down to earth. This was now about 1 a.m.

Then the object instantly “darted” out of sight going in another direction than the other objects. (It went back “in the direction it came from.”) The ‘fireball’ dropped straight down, being a fairly windless night, taking about 10 seconds. It landed four houses up the street.

The yellow flame reached about 2’ in height, which was eventually stomped out. The residual fragment was retrieved and kept in a small Styrofoam container until MUFON investigators arrived. The objective is to identify the composition of the fragment to determine whether it is anything anomalous. Following is a photograph of the fragment.

Identification of a White Substance that Formed Rings in Fields after Plowing (New Pine Creek, Oregon)