Account of an Extraordinary Fireball Bursting at Sea (1749)
UFOs

By Administrator on April 30, 2015 0 Comments
Account of an Extraordinary Fireball Bursting at Sea (1749)


The following was published by the “Public Domain Review“, and is archived here on The Black Vault for reference: 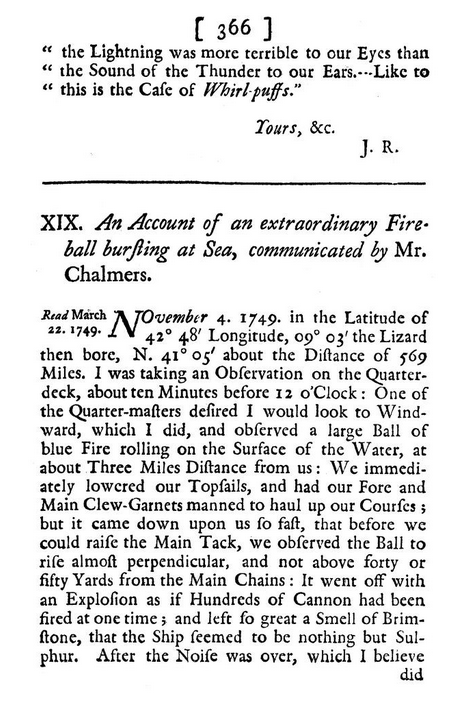 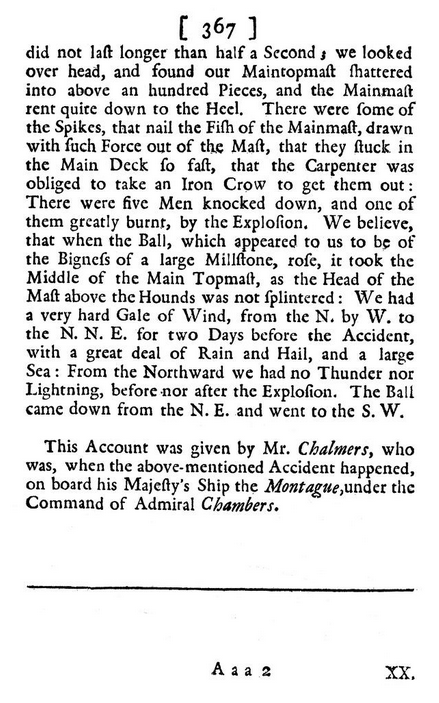 An account given by a Mr. Chalmers, published in The Philosophical Transactions of the Royal Society, telling of a remarkable incident occurring out at sea. Mr Chalmers writes of how, in 1749, from the deck of the Montague as it sailed in the Mediterranean just north of Corsica, he saw a blue fireball rolling on the surface of the water and making its way towards the ship.

As the crew lowered the sails and tried to avoid impact, the mysterious ball rose up and exploded, making a sound “as if Hundreds of Cannons had been fired at one time; and left so great a Smell of Brimstone, that the Ship seemed to be nothing but Sulphur”.

The ball left the main topmast of the ship shattered and tore the mainmast sail. Surprisingly, only five men were “knocked down” but one of them sustained burns from the explosion. It is unclear what caused the fireball or what it actually was.