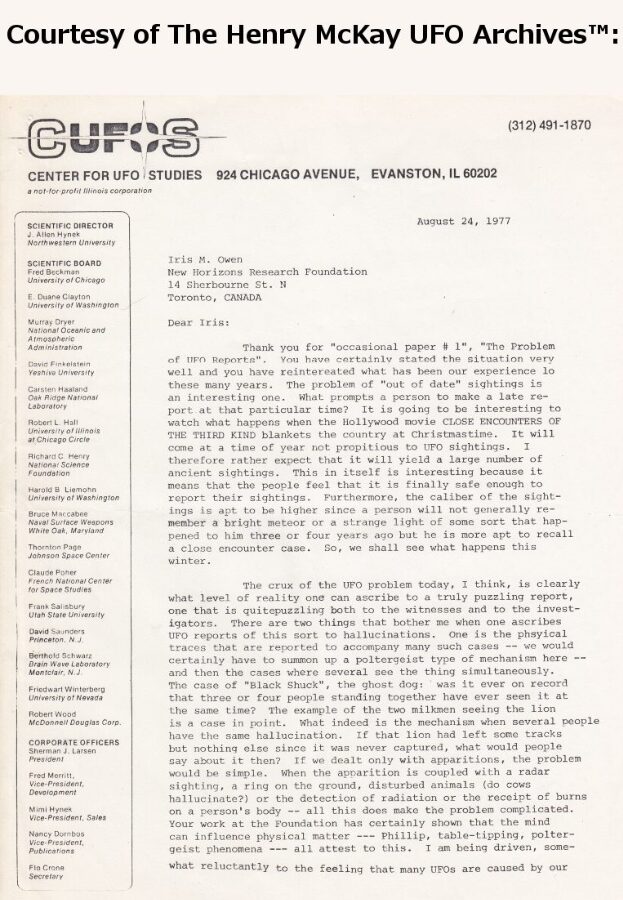 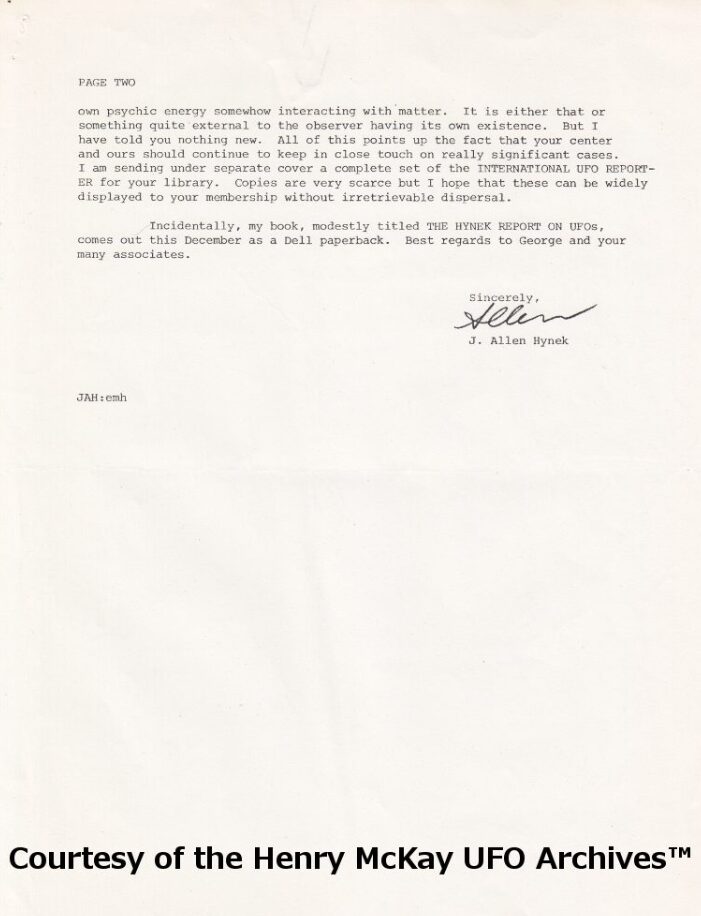 Courtesy of the Henry McKay UFO Archives, this historical document is a letter from Dr. J. Allen Hynek to Iris Owen, dated August 24, 1977.  It is significant to not only the UFO research community, but also to the ghost research community. Hynek was the astronomy consultant to the U.S. Air Force’s UFO projects, including Project Bluebook.

In this letter Hynek mentions the upcoming release of the movie “Close Encounters of the Third Kind”, which he was the consultant for, and anticipates that the movie “will yield a large number of ancient sightings”.

Hynek than goes on to express his thoughts on physical evidence of UFOs and how not all UFO reports should be discounted as just mere “hallucinations”.

And, even more interesting, is his statement “Your work at the Foundation has certainly shown that the mind can influence physical matter — Phillip, table-tipping, poltergeist phenomena — all attest to this.”

Iris Owen, whom Hynek wrote this letter to, was the wife of Dr. George Owen. The Owens ran the TSPR (Toronto Society for Psychical Research), which led the infamous Philip Experiment — which is what Hynek was referring to when he mentioned “Phillip”. The Owens’ goal with the experiment was to see if the mind could actually “create” a ghost.

Hynek also mentions his opinion regarding correlations between ghost research (in particular ‘psychic research’) and UFO research, and the need for both organizations to “keep in close touch on really significant cases”.

Most telling is when he says, “I am being driven, somewhat reluctantly to the feeling that many UFOs are caused by our own psychic energy somehow interacting with matter”.