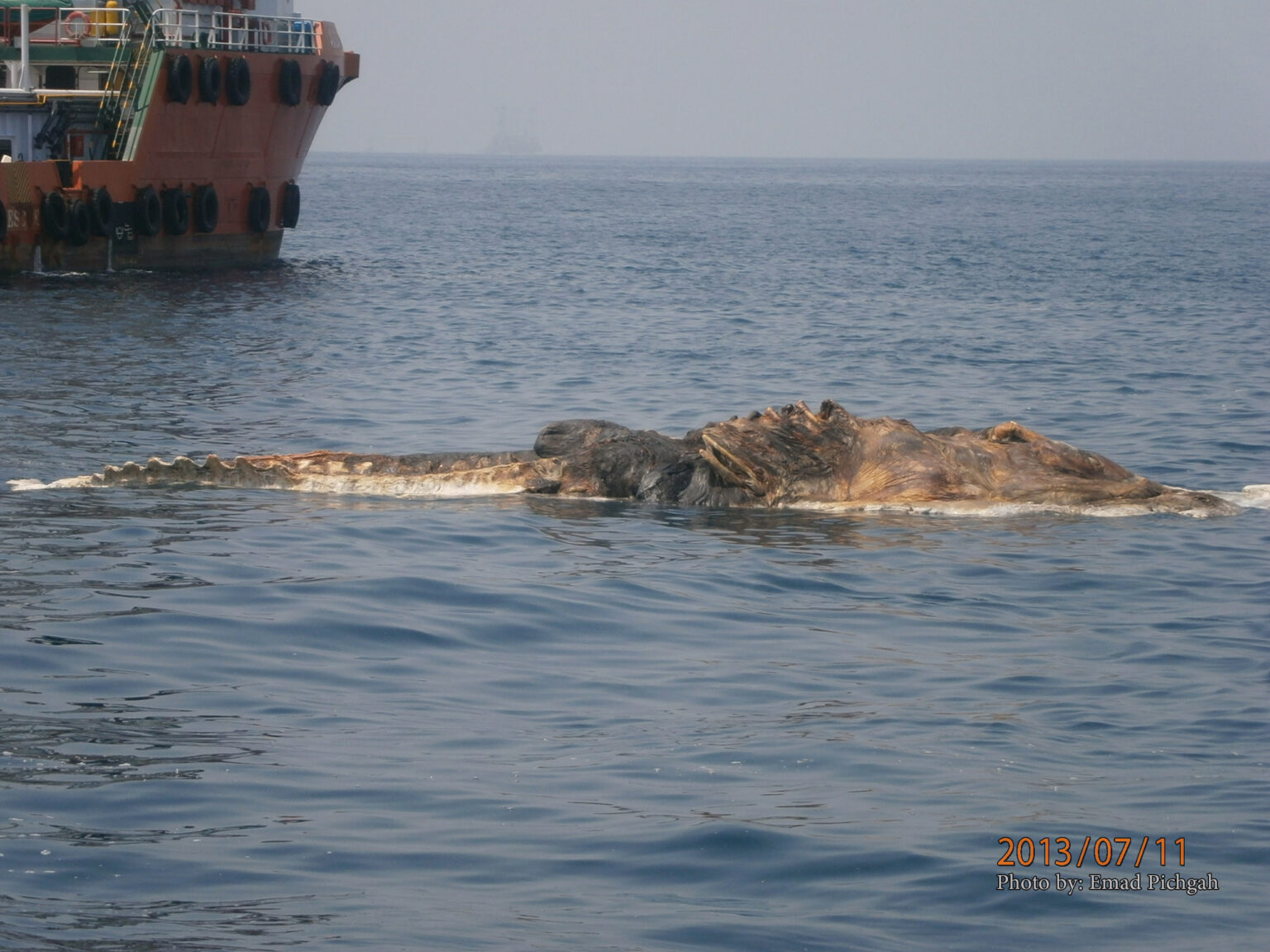 Iranian vessel found a strange creature in the Persian Gulf

Originally, I had no information on this case.  However, within days, this case file quickly became the #1 downloaded case file… getting more than 8,000 downloads in just the first couple of days it was online.

After a day or so, the actual photographer wrote to me to clear up some of the information being touted by the media. Shockingly… they were disseminating the WRONG story about what really happened.

Below, is an email interview I did with the actual photographer… who gave some more details and cleared up a few things.  This was our exchange (No corrections have been made.)

These are the words of Emadaldin Pichgah, the original photographer:

Can you explain in detail how you were made aware of this creature?

At 1030 (lt) – 11.07.2013 when our vessel was standby in Persian Gulf (South Pars Area) one of my friends, Capt. M. Nikkhah made contact with me by radio and inform me that they discovered the huge unknown Carcass that floated in water in their position. So i proceed toward their location and try to approached to this creature. the point was that the horrible smell spread as much as all crew sense that from approximately 200 m (may e more) from the carcass. when we approached to carcass we shot some photos and also inform the position and course and speed of carcass drift to the nearest Drilling Rig this Carcass at that moment drifted in 120 degrees – 1 knt speed. Also the length of this Carcass was approximately between 33 to 39 ft. After 1 hour we left area because of horrible smell. 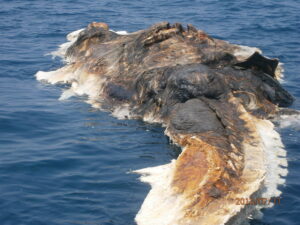 How long have you been at sea? Have you ever seen anything like this before?

I am chief officer with around 6 years experience and during this sea time i have never seen some thing like that. How ever i’ve never work in Fishing vessels, because Fishing vessels crew are more experienced about these cases.

What did your shipmates think?

Unfortunately every one had his own opinion. Octopus! Huge Shark or desperate whale! but no body couldn’t prepare any evidence or strong reasons.

Why was this originally said to be captured by the Iranian Navy?  Did you release the story, or did the media steal the photos from your page?

Honestly, i don’t know! I am working in Supply Boat in Offshore Field. If you notice to photos you can realized that the type of vessel in frame is Supply Boat not a War Ship. First time i sent photos to tabnak.ir –

just to ask the website visitors to discover the nature of this creature but in flash of light the photos spread in media and social networks. so i blame no body to stole this photo from my page but except tabnak.ir and mamnak.com nobody mentioned the source of these photos and just copy that.

Have you ever seen a dead whale carcass in the sea? Did it look like this?

Alive Whale yes, even one time we touch accidentally with one of them but dead whale no.

What do you think this is?

My knowledge about the sea mammals and animals in general is poor so i have no idea about this Carcass. Also regarding the type of tidal current in Persian Gulf its a little hard to believe some things drift from Ocean into the Persian Gulf near the Qatar beach.

My special thanks to Emadaldin Pichgah for the interview, and allowing us all access to the original, raw and high resolution photographs.  They are available for download below.

The following was published by the Huffington Post shortly after the photos began circulating.

Update 8/12/2013 from The Black Vault: Thanks to the more than 10,000 people that have visited this case file as the time of this update, another discovery made in 2011, also noted as a mysterious and unidentified carcass, washed up from the sea onto shore.  Photos of this look nearly identical to whatever this creature was.

This site uses Akismet to reduce spam. Learn how your comment data is processed.