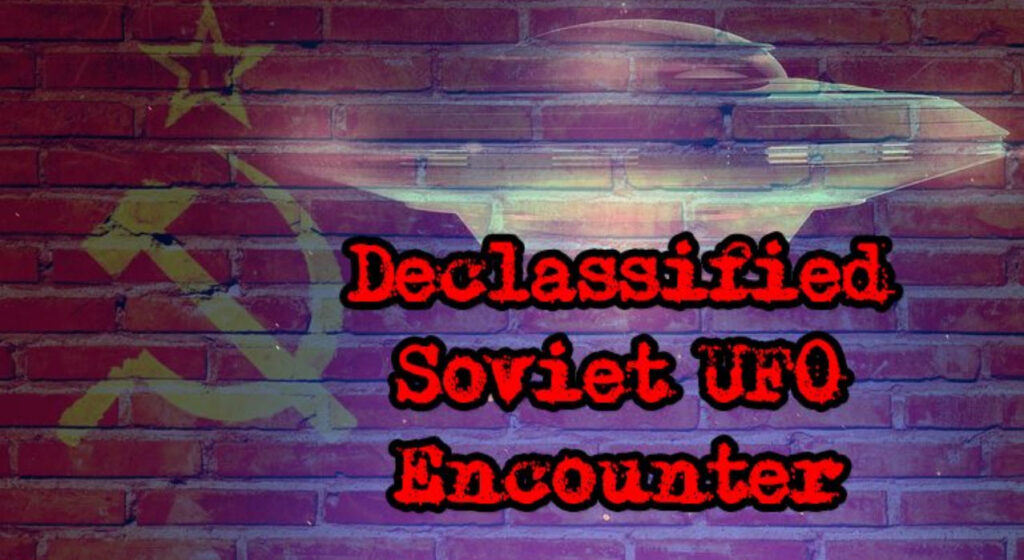 The year 2019 was undoubtedly exciting for UFO enthusiasts. It brought news that the U.S. government and military takes UFOs, or what they now call Unidentified Aerial Phenomenon (UAP), seriously. As they are potentially a threat to military personnel, the U.S. Navy announced in May it had implemented guidelines for reporting and investigating UAP activity. They also divulged in September that three videos circulating throughout the mainstream media, are, in fact, unidentified objects. And in December, the Central Intelligence Agency (CIA) declassified a document to The Black Vault which unveiled details about a UFO encounter that has remained a mystery for more than forty years. The record represents yet another piece of evidence for an ongoing concern that not only are UAPs a potential threat; but that threat is global and has existed for decades.

The “Intelligence Information Report” was first released by the CIA in 1978, however most of it was redacted. The only legible portion was a paragraph detailing an encounter with a UFO.

“On one evening in late Summer 1973, Source observed an unidentified phenomenon at Site 7,” the intelligence report revealed. “While watching a sport competition between Canada and the USSR on television, he stepped outside for some air and observed an unidentified sharp (bright) green circular object or mass the sky. The object was situated West of the site at an angle of sighting of approximately 70 degrees.”

Although the witness could not determine the altitude of the object, they believed it was above cloud level. They also recounted that, “within 10 to 15 seconds of observation, the green circle widened and within a brief period of time several green concentric circles formed around the mass. Within minutes the coloring disappeared. There was no sound, such as an explosion, associated with the phenomenon.”

For forty-two years, all of the other pages and paragraphs in the intelligence report have remained secret, until now. Thanks to the result of a Mandatory Declassification Review (MDR) request filed by The Black Vault, additional details have been declassified that shed light on the incident.

It occurred at the Soviet operated Sary Shagan Weapons testing Range, located in what is now present-day Republic of Kazakhstan. It was here that during the 1970s, the Soviet Union was secretly launching experimental missiles, along with testing laser weapon systems utilizing powerful antennas.

The CIA intelligence document was crafted utilizing information from an unknown source. It outlined the types of weapons tested at the facility; locations of exactly where experimental weapons were stored and launched from; diagrams of buildings and housing units; and the report of “unidentified aerial phenomenon”.

According to experts, this mysterious encounter at a sensitive Russian weapons facility with a UAP is just one of many cases in the area.

“There has been ‘UFO’ activity around the area for decades,” says Paul Stonehill, author, lecturer, TV consultant and researcher of Russian and Eurasian paranormal phenomena. “USSR had taken UFO presence seriously since 1940s and established a special top-secret UFO/USO research program (academic/military) in 1978. But they are paying attention to the most sensitive UFO/USO presence areas (Arctic Russia; Russian Kuril Islands; Kamchatka, etc.). There is a new generation of highly educated, professional military scientists engaged in such research.”

The UFO encounter outlined in this CIA report also reinforces an ongoing issue that still plagues the U.S. military today. “There have been a number of reports of unauthorized and/or unidentified aircraft entering various military-controlled ranges and designated air space in recent years,” the U.S. Navy told The Black Vault in 2019. “For safety and security concerns, the Navy and the USAF take these reports very seriously and investigate each and every report.”

This same problem currently facing the U.S. Navy, is the same that tormented the Soviet Union throughout the Cold War.  And despite the U.S. denying interest in the UFO phenomena after the close of Project Blue Book in 1970, there are many intelligence records like this one, which outline the concern on a global scale. Stonehill added that, “the Soviets knew they were watched, and those at the top were aware that the ‘watchers’ were not Americans [or the]Chinese.”

Mr. Luis Elizondo, a former DOD employee who claims to have run a secret UFO investigation program for the Pentagon from 2010 – 2012, also echoes the threat potential behind the phenomena today. In fact, according to Elizondo, he quit his post because the DOD was not taking the threat seriously.

“In many instances, there seems to be a direct correlation the phenomena exhibits with respect to our nuclear and military capabilities. The Department must take seriously the many accounts by the Navy and other services of unusual aerial systems interfering with military weapon platforms and displaying beyond next generation capabilities,” Elizondo said in his undated resignation letter. “Underestimating or ignoring these potential threats is not in the best interest of the Department no matter the level of political contention. There remains a vital need to ascertain capability and intent of these phenomena for the benefit of the armed forces and the nation. For this reason, effective 4 October 2017, I humbly submit my resignation in hopes it will encourage you to ask hard questions: ‘who else knows?’, [‘]what are their capabilities’, and ‘why aren’t we spending more time and effort on the issue?’.”

It remains unclear exactly how serious the Pentagon currently takes the UAP threat. Although the Navy has gone on the record about their guidelines and the facts that their results will remain classified; others like the Air Force and the FAA have not followed suit as they are seemingly not interested in UFOs at all.

The CIA’s recent declassification shedding light on one more UFO mystery may just offer some hopefuls a glimmer of optimism that possibly in a few decades, we will know just a little bit more about whatever this phenomena is that could potentially threaten our skies, along with everything in it.