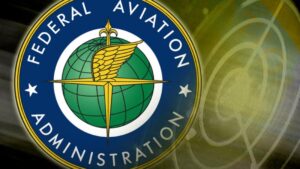 Based on the recent admission by the US Navy that it investigates encounters with Unidentified Aerial Phenomena (UAPs), more commonly referred to as Unidentified Flying Objects (UFOs), The Black Vault attempted to identify reporting procedures and guidelines for commercial airliners and sought comment from the Federal Aviation Administration (FAA). “The FAA does not track UFOs. Please contact The National UFO Reporting Center,” the FAA told The Black Vault in an email. However, what appeared to be a contradiction to that statement, is the fact that The Black Vault discovered an FAA generated database which contains numerous UFO encounters, some as recently as March of 2019.

“Reported a UFO… moving from West to East just above horizon with steady light illumination,” said one report near Washington, D.C. “Fast moving… gone within 5 minutes.”

“A320 reported while taxiing inbound to the ramp, they had seen what appeared to be a UFO on their right side,” said another report from Punta Gorda, Florida.

In addition to these, there are more than 260 references to “unidentified” objects, aircraft and helicopters throughout the reports. These UFO cases are scattered throughout an FAA generated database of sightings of Unmanned Aviation System or UAS’, a reference to a drone system consisting of a craft and a human operator on the ground. Although most of the encounters found within are identified simply as drones operating within unauthorized areas, others categorize the sighting as UFOs, which the FAA blanket denies tracking. The Black Vault reached out to the FAA to clarify.

“We receive the information you see in the sightings database from numerous sources such as the general public, law enforcement, pilots and air traffic control. Not all sightings reported are aircraft or drones,” the FAA told The Black Vault. “Many times, the reports are not descriptive enough to make a determination and could be other objects (e.g. Mylar balloons or plastic bags).”

Air Traffic Controllers (ATCs) operating under FAA policy, abide by Order JO 7110.65Y. Within this document, it has an entire section on UFOs, consisting of a single page. “Persons wanting to report UFO/unexplained phenomena activity should contact a UFO/ unexplained phenomena reporting data collection center, such as the National UFO Reporting Center, etc.,” it explains. “If concern is expressed that life or property might be endangered, report the activity to the local law enforcement department.”

On average, there are more than 16,100,000 flights handled by the Federal Aviation Administration (FAA) every year. That’s more than 44,000 flights per day, and during peak times, more than 5,000 aircraft in the sky at one time. Each flight is carefully tracked with call signs and tagged on radar. Due to these numbers, airline safety is the top priority for the FAA, and in today’s world, commercial drones are creating quite a problem for the crowded skies.

If there really are UFOs of unknown origin traversing the sky, the question is why wouldn’t the government agency with a paramount interest in aviation safety, be concerned and investigate each case?

After compiling the database of the FAA since the above article was written, it was discovered the FAA continues to archive “UFO” reports within their drone sightings database. To download the entire, searchable, .pdf and excel spreadsheets, you can do so here.

We receive the information you see in the sightings database from numerous sources such as the general public, law enforcement, pilots and air traffic control. Not all sightings reported are aircraft or drones. Many times, the reports are not descriptive enough to make a determination and could be other objects (e.g. Mylar balloons or plastic bags).

The FAA does outreach through the Know Before You Fly (knowbeforeyoufly.org) and No Drone Zone campaigns, making drone operators and the public aware of where drones can and cannot fly. We distributed public service videos to airports nationwide to amplify our UAS safety messages. And, the FAA partnered with Kittyhawk on a new and improved B4UFLY smartphone app (http://www.faa.gov/uas/b4ufly/) which answers very basic safety questions about where it is safe and legal to fly an unmanned aircraft.

Aircraft not visibly displaying a registration number or N# should be reported to the local Flight Standards District Office. See the bottom of the page, second bullet, at: https://www.faa.gov/about/office_org/headquarters_offices/aae/programs_services/faa_hotlines/This link can also be accessed through our contact link at: https://www.faa.gov/contact/.

Anyone who observes a UAS being operated in a manner that interferes with manned aircraft flight, a drone operation that appears dangerous, or is being used to commit a crime should contact their local law enforcement agency. This helps the FAA and your local law enforcement discourage dangerous, illegal activity involving drones. Unauthorized drone operators may be subject to stiff fines and criminal charges, including possible jail time. You may also report drone sightings to the nearest local FAA office (http://www.faa.gov/about/office_org/field_offices/fsdo/).