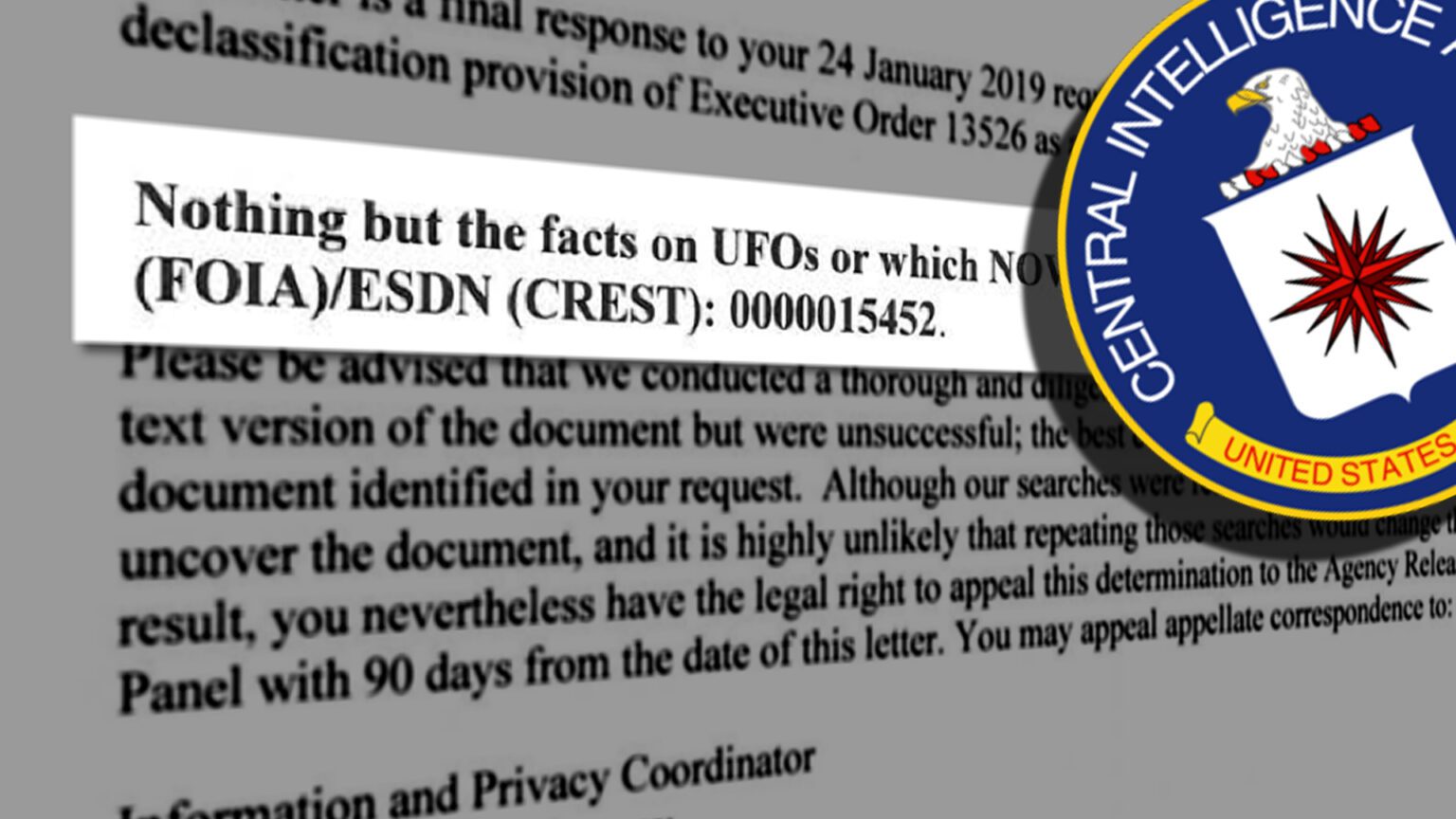 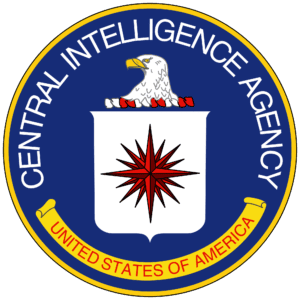 For about twenty years, The Black Vault has hosted thousands of UFO related CIA files and disseminated them to the public. Over the years, numerous “Mandatory Declassification Review” or MDR cases have been filed based on these specific records. These cases mandate the CIA to go back to what they previously released, and have another look to see if previously redacted lines, paragraphs or pages can be released. The goal is the get these redactions lifted once and for all, and more of the document released to the public for all to see.

Although many success stories have come about from filing such cases on UFO related material (and beyond), there is now a trend with the CIA when processing MDR requests from The Black Vault: they keep losing their UFO files and can’t review them to properly fulfill the request.

Past examples include those chronicled here and here. Now, here is another.

The Black Vault had filed a request on January 24, 2019, for a review of two out of an eleven page release. Within the CIA’s holdings, the record is tagged as CREST number 0000015452 (full record at the bottom of this article).

The majority of this document is publicly available / sourced material, from two entities of the Soviet era Novosti / APN news outlet. One was published in Soviet Life in 1968, while the other was published in Moskovsky Komsomolets that same year. Both had different takes on the UFO issue, and both were circulated internally at the CIA.

However, the MDR case was not to review these two news articles. They were already released in full, since they are publicly available news articles. What was of interest, was the two page letter that preceded them:

Written by an unknown person, with a classification also unknown, it had multiple full paragraphs redacted.

The intent was to get these two pages reviewed, and the redacted paragraphs revealed. In additional, a third attachment was included in this release, with a fully redacted reference, and an entirely withheld number of pages.

However, those withheld pages are not notated within the CREST number, as fully withheld pages usually are. As seen to the right, they are denoted page a “Page Denied” insert, that could stand in for a single, or a hundred, withheld pages. Whatever the third attachment was (the first and second being the news articles), it was a mystery when the MDR was filed.

In the end, it would continue to be so. The problem  that surfaced yet again, which took nearly three years to present itself, was that the CIA “lost” this batch of records, attachments and all, and could not review them for further release.

Although these records are more than 50 years old, the stories they tell are paramount to understanding the UFO issue, whatever that may be. The records reveal the mindset on dealing with it; the secrecy surrounding it; and most of all, the mystery behind it.

But when records are “lost” such as these; so is part of the truth. As a result, the general public continues to lose  pieces of the puzzle that may solve the mystery – and they are all gone for good. 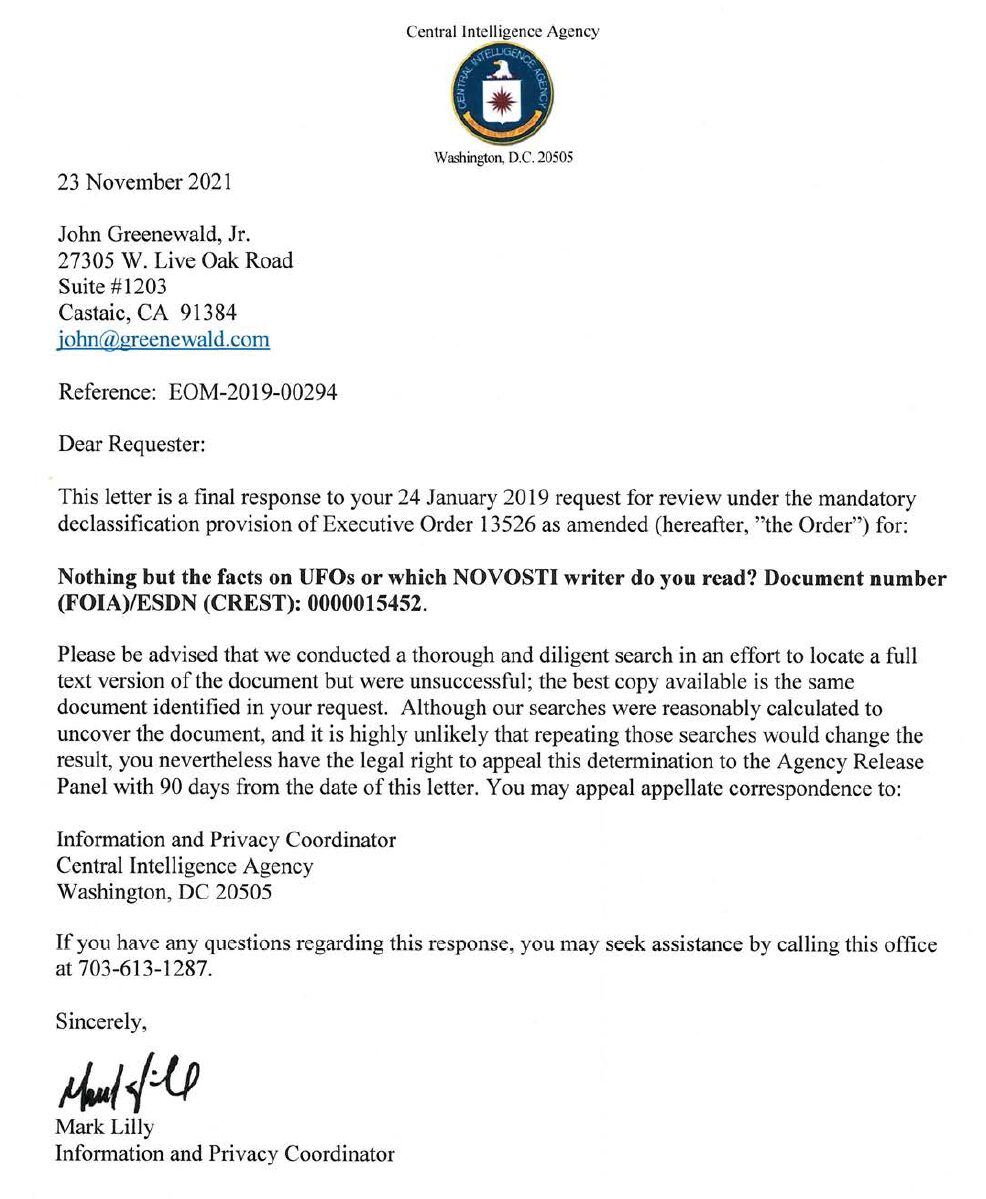