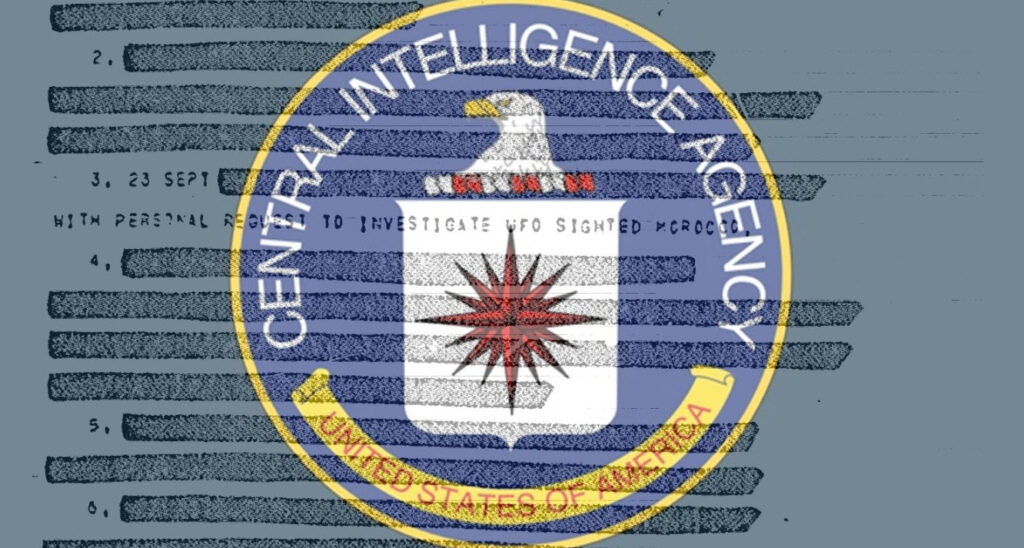 In yet another example of UFO history being lost, the Central Intelligence Agency (CIA) recently informed The Black Vault that another UFO document was lost within their archives. The document, which is poorly titled within the CIA’s CREST Database as, “UNTITLED (23 SEPT (DELETED) WITH PERSONAL REQUEST TO INVESTIGATE UFO SIGHTED,” was requested to have a Mandatory Declassification Review (MDR) conducted.

The original release of the record appears to have been done on October 5, 1978, but was heavily redacted. The first release looked like this: 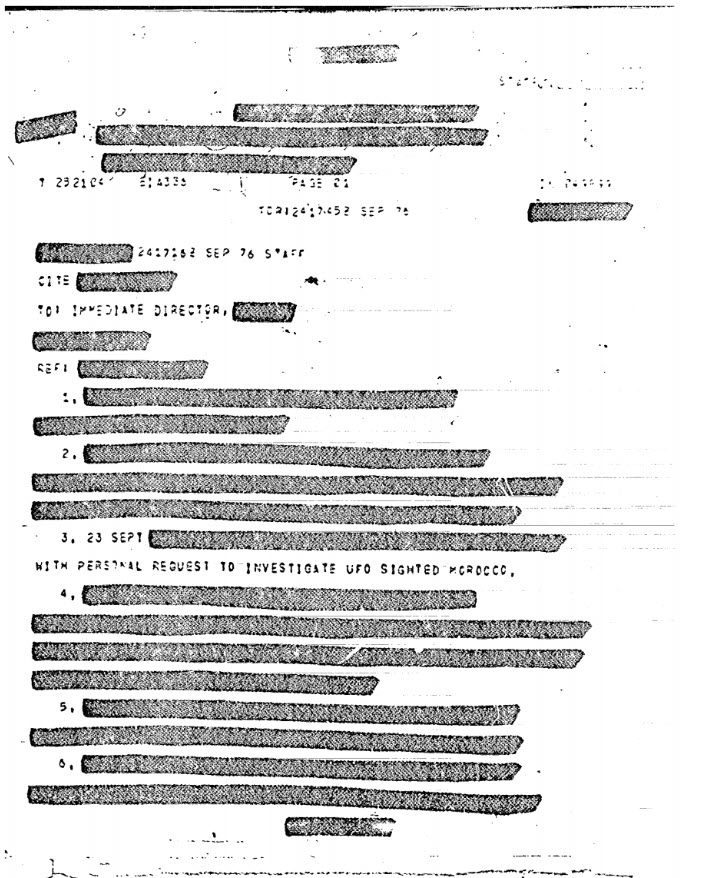 The MDR request was originally filed to the CIA on January 24, 2019. It took more than a year for the CIA to search out an un-redacted version of the record. However, they could not find it. In a letter to The Black Vault dated February 27, 2020, the CIA stated:

“Please be advised that we conducted a thorough and diligent search in an effort to locate a full text version of the document but were unsuccessful. The version that you referred to in your 24 January 2019 letter which is located in the CIA Reading Room is the best available copy.” 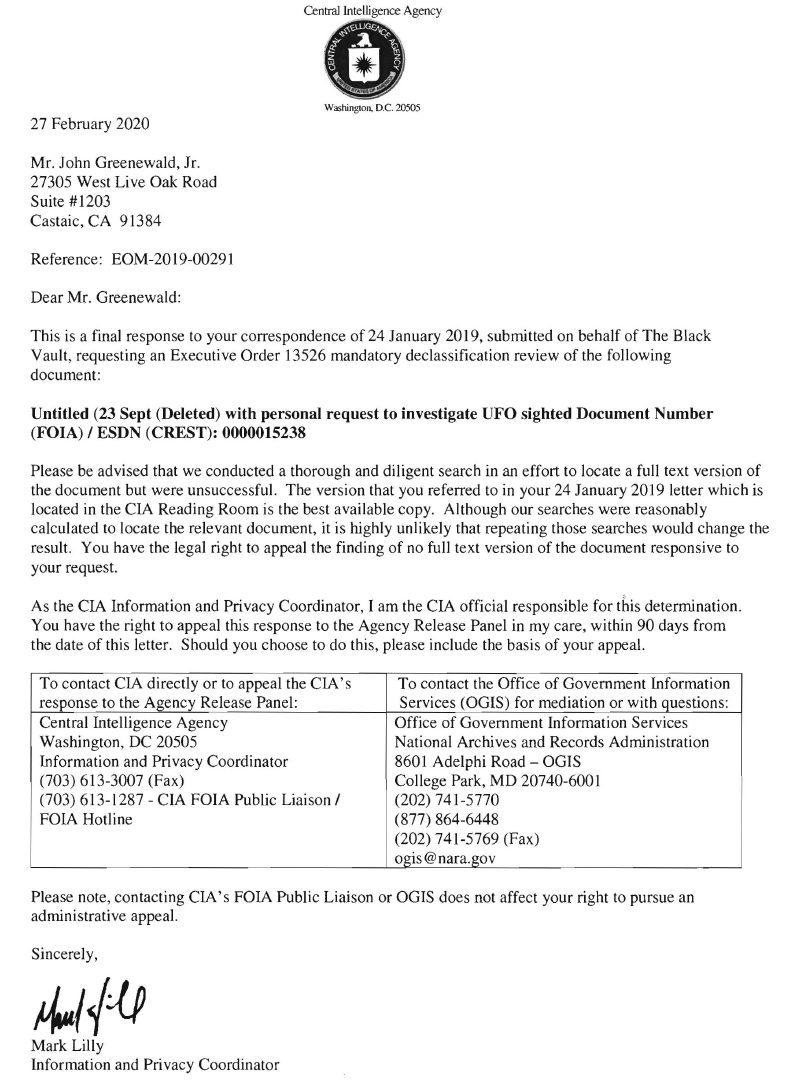