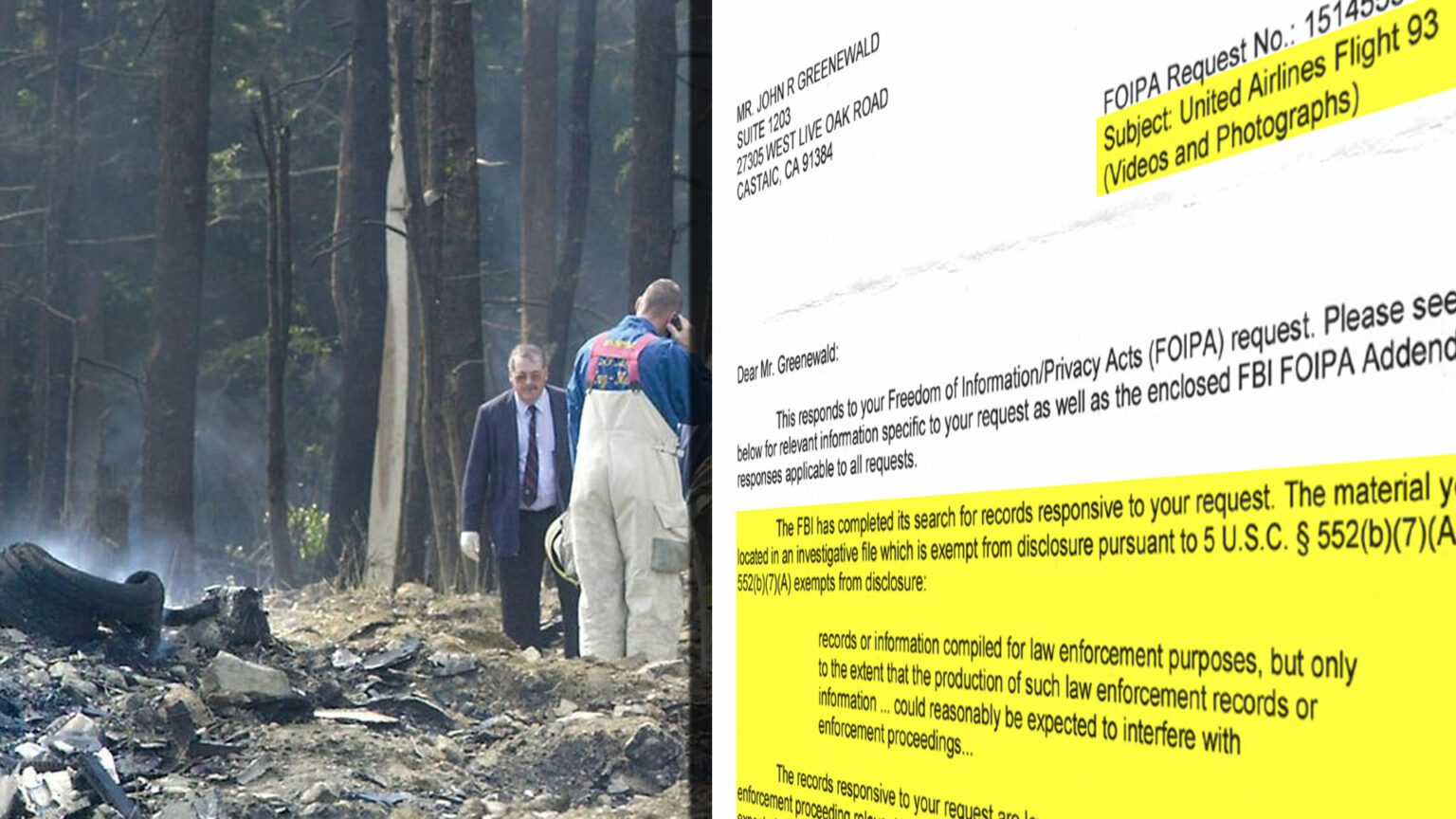 After many denials over the years through the Freedom of Information Act (FOIA) and after a Mandatory Declassification Review case was rejected (for an unclear reason) to get this material, The Black Vault filed a FOIA request to get the “photographs and videos of the wreckage of United Flight 93, taken on or around September 11, 2001” released to the public.

That case was filed in December of 2021, and on February 14, 2022, the FBI responded by denying all of the records as being “exempt from disclosure.”

The full FOIA response is below. 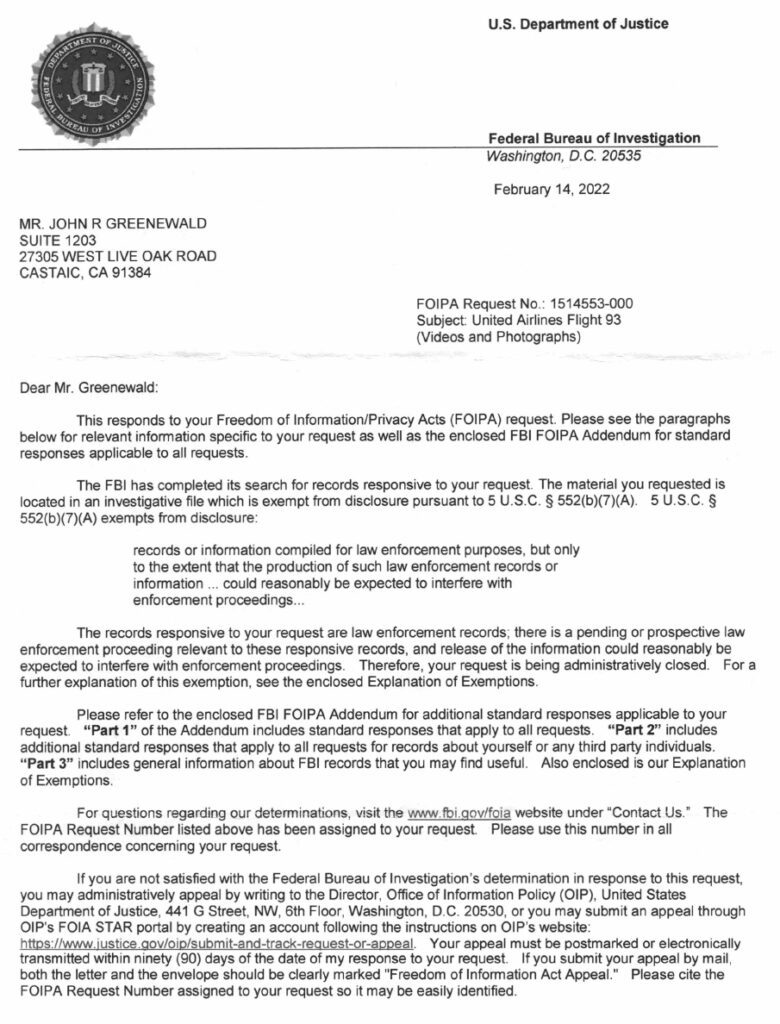 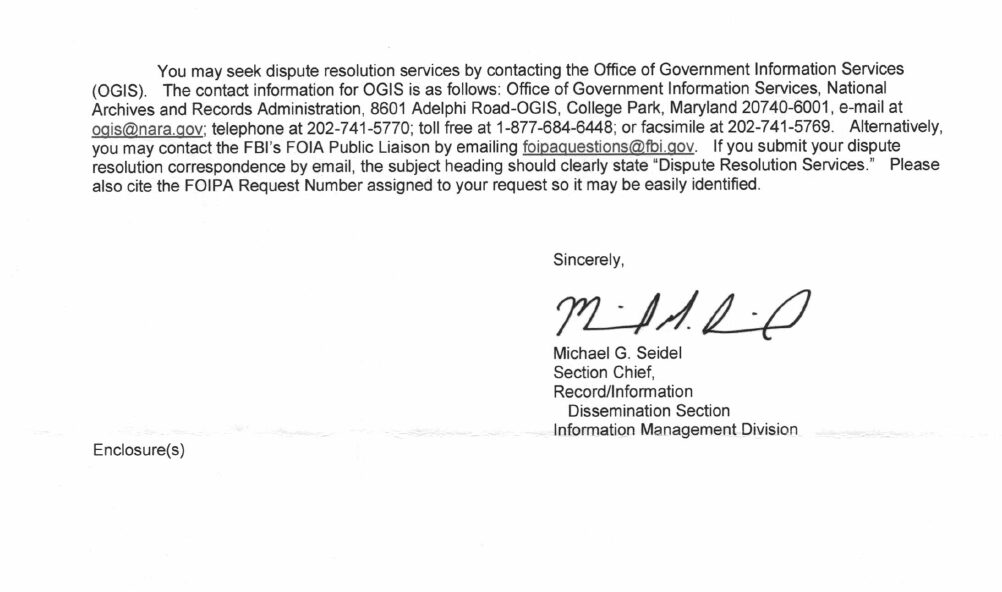