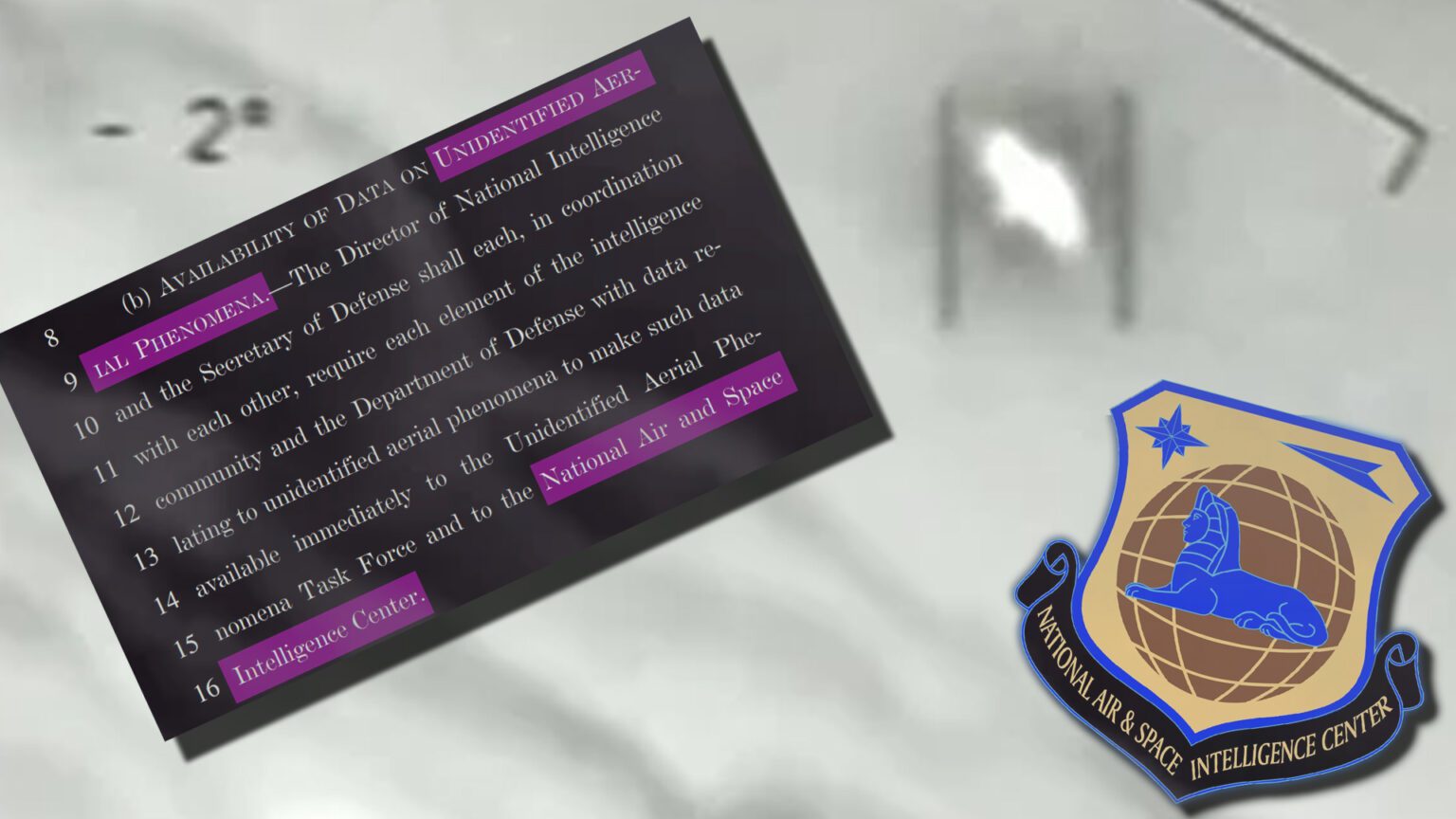 “The Senate Select Committee on Intelligence passed the Intelligence Authorization Act for Fiscal Year 2022 (IAA) today on a bipartisan 16-0 vote,” Senator Mark Warner’s July 28, 2021, press release stated. “The bill authorizes funding, provides legal authorities, and enhances congressional oversight for the U.S. Intelligence Community (IC).” However, the last line of his release, which is one of the background bullet point objectives for the bill, will likely be the most exciting for the general public:

“Supporting the IC’s efforts to assess unidentified aerial phenomena (UAP), following up on the work of the UAP Task Force.”

When reading the bill that has just passed the Senate Select Committee on Intelligence, which does have a long road to being passed by the House, Senate, then signed into law by President Joe Biden; Section 345 has extensive detail about UAPs, the UAP Task Force, and the data they will receive. 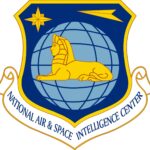 Arguably, one of the most interesting aspects to the above language, is the inclusion of the National Air and Space Intelligence Center (NASIC). Appearing right along side the UAP Task Force, they are both set to receive UAP data from the Intelligence Community and the Department of Defense (DoD).
In a coincidence, The Black Vault was fishing around NASIC via the Freedom of Information Act (FOIA) just a couple months ago and NASIC said in a request asking for UAP and UFO related information, they they had “no records.”

In addition, they tried to pass on the decades-old explanation that although the USAF investigated UFOs with Project Blue Book, they cancelled it and haven’t done so since.

“On 17 December 1967 the United States Air Force discontinued investigating UFO sightings with the discontinuation of Project Blue Book . My office would not maintain records pertaining to UFO investigation,” NASIC said. But, even that statement is historically inaccurate.
The termination of Project Blue Book came 17 December 1969, not 1967.
The Black Vault has appealed NASIC’s denial, given the new evidence presented within the language of the Intelligence Authorization Act for Fiscal Year 2022. Although this has not been passed into law, so no records would exist as mandated by it if it should be at a later date; NASIC’s inclusion in the language indicates there would be some level of either current involvement with the effort, or at the very least, contact with NASIC by the Director of National Intelligence (DNI) or the DoD, to inform them they would be on the receiving end of the data.
Despite the inaccuracies, the bill will provide FOIA fodder for The Black Vault (and likely many others) for years to come. 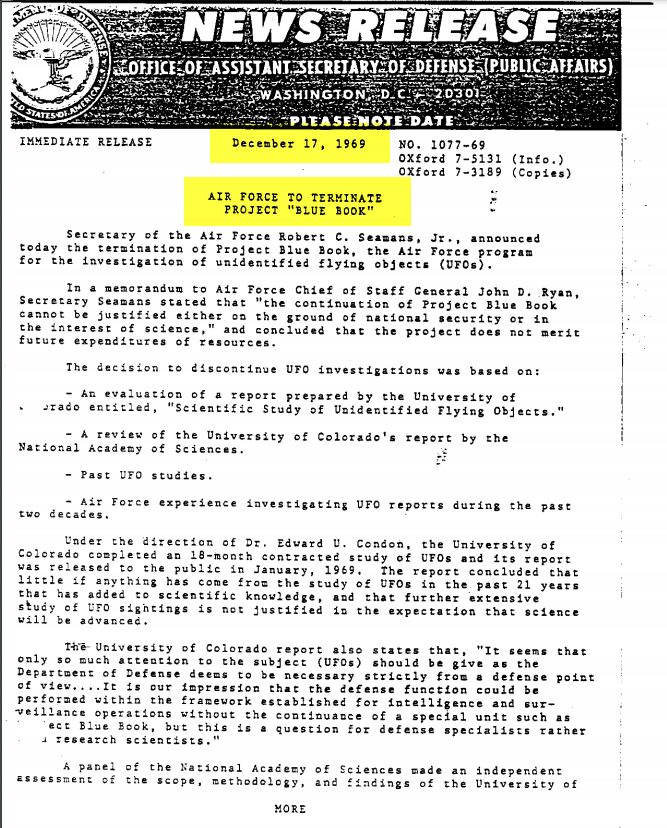