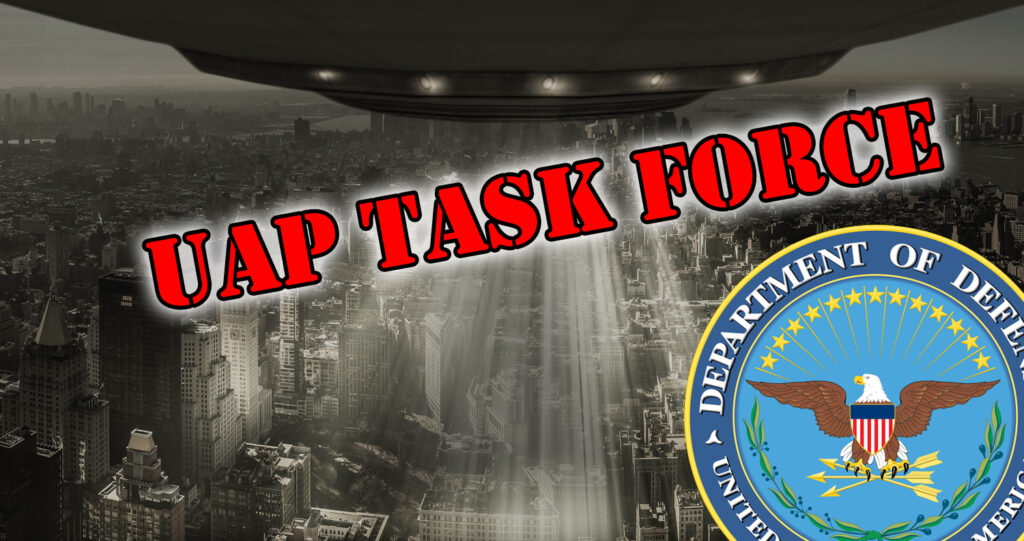 The following was published by the Department of Defense on August 14, 2020, about the establishment of an Unidentified Aerial Phenomena (UAP) Task Force (UAPTF).

On Aug. 4, 2020, Deputy Secretary of Defense David L. Norquist approved the establishment of an Unidentified Aerial Phenomena (UAP) Task Force (UAPTF).  The Department of the Navy, under the cognizance of the Office of the Under Secretary of Defense for Intelligence and Security, will lead the UAPTF.

The Department of Defense established the UAPTF to improve its understanding of, and gain insight into, the nature and origins of UAPs.  The mission of the task force is to detect, analyze and catalog UAPs that could potentially pose a threat to U.S. national security.

As DOD has stated previously, the safety of our personnel and the security of our operations are of paramount concern. The Department of Defense and the military departments take any incursions by unauthorized aircraft into our training ranges or designated airspace very seriously and examine each report. This includes examinations of incursions that are initially reported as UAP when the observer cannot immediately identify what he or she is observing.