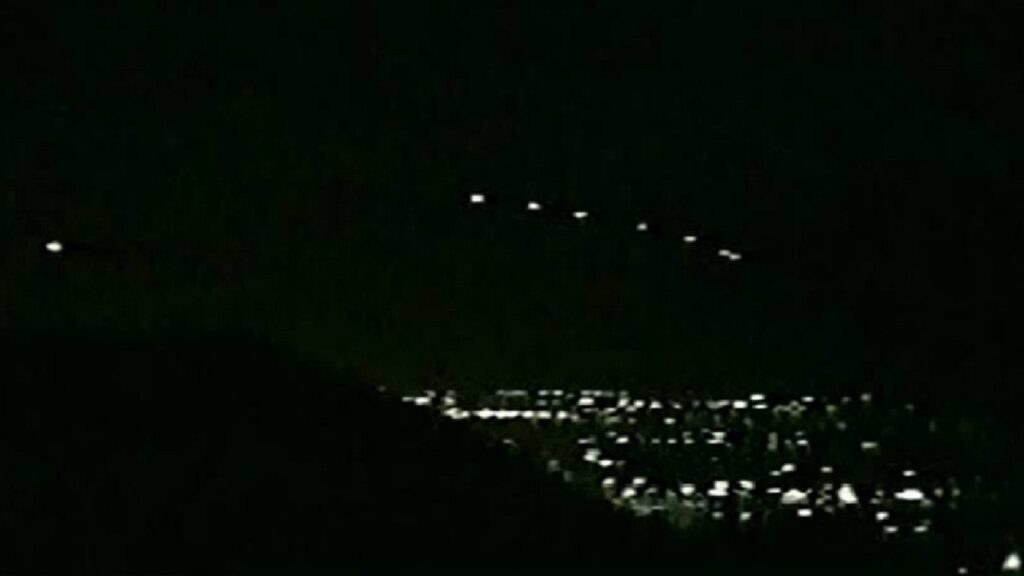 I have decided to use the description from Wikipedia to explain the case (there will be a reason, keep reading):

The Phoenix Lights (sometimes called the “Lights over Phoenix”) were a series of widely sighted unidentified flying objects or UFOs observed in the skies over the U.S. states of Arizona, Nevada, and the Mexican state of Sonora on March 13, 1997. Lights of varying descriptions were seen by thousands of people between 19:30 and 22:30 MST, in a space of about 300 miles (480 km), from the Nevada line, through Phoenix, to the edge of Tucson.

There were two distinct events involved in the incident: a triangular formation of lights seen to pass over the state, and a series of stationary lights seen in the Phoenix area. The United States Air Force identified the second group of lights as flares dropped by A-10 Warthog aircraft that were on training exercises at the Barry Goldwater Range in southwest Arizona. Witnesses claim to have observed a huge carpenter’s square-shaped UFO, containing five spherical lights or possibly light-emitting engines. Fife Symington, the governor at the time, was one witness to this incident; he later called the object “otherworldly.”

As you can see from the above explanation, still touted by Wikipedia and major media outlets that have covered this story, the lights were blamed on flares dropped from aircraft, though as you can see below — Luke AFB was clueless on such a theory — and dismissed any flares were dropped.

Luke Air Force Base Official Response to The Black Vault, under the FOIA, while looking for records pertaining to the”aircraft flares” theory