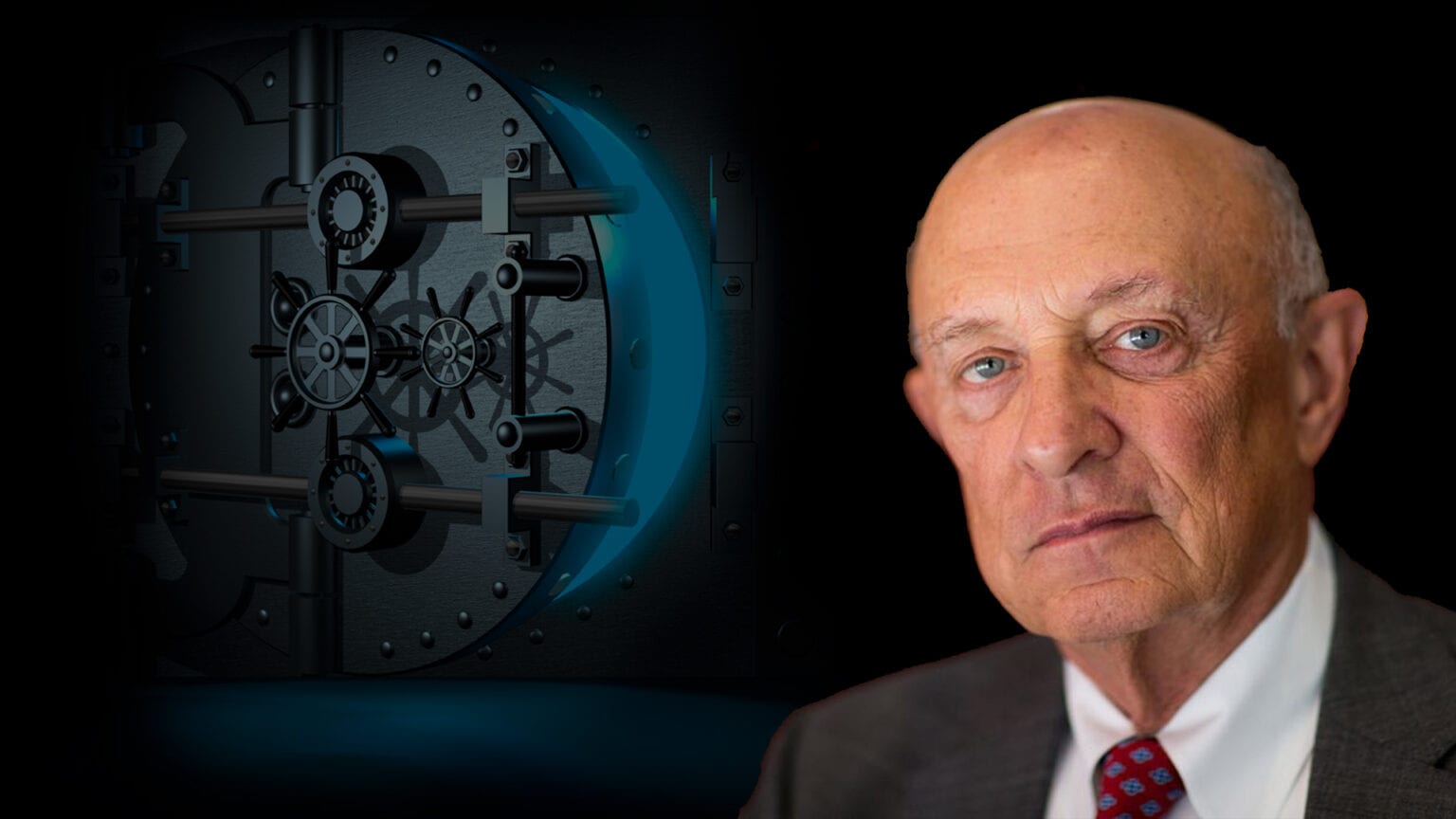 At exactly 12:30pm, while riding in a presidential motorcade through Dealey Plaza, President John F. Kennedy was assassinated by Lee Harvey Oswald.

In the decades since, conspiracy theories have flourished about what really happened that day. And even in 2021, numerous documents remain classified and hidden from the public which may reveal more of the story. Yet, the U.S. government won’t let you see them.

Although no one has conclusively solved this mystery beyond a shadow of a doubt – my guest today thinks he may be able to do just that. Ambassador James Woolsey, the former Director of the CIA under President Bill Clinton, is about to step into the Vault.

In his new book entitled Operation Dragon, he makes his case for what he feels is a “codified” message embedded within the Warren Commission report. Once deciphered, he believes it tells us exactly who was behind the assassination of President John F. Kennedy.

Oh yeah, and you don’t think I would get a guest like this without asking about UFOs, do you? Because that is all on the table.

* There is an obvious jump cut or two in the edit. This was not omitting anything Ambassador Woolsey said, rather, correcting a technical issue which he was aware of. The rest of the interview is unedited and as you watch it, is how it unfolded.

o Operation Dragon: Inside the Kremlin’s Secret War on America

o James Woolsey / Dr. Steven Greer Alleged Briefing. I was referring to Dr. Steven Greer, and here is a link to his site with Amb. Woolsey’s letter that I reference, along with Dr. Greer’s rebuttal to it, as published in 1999.