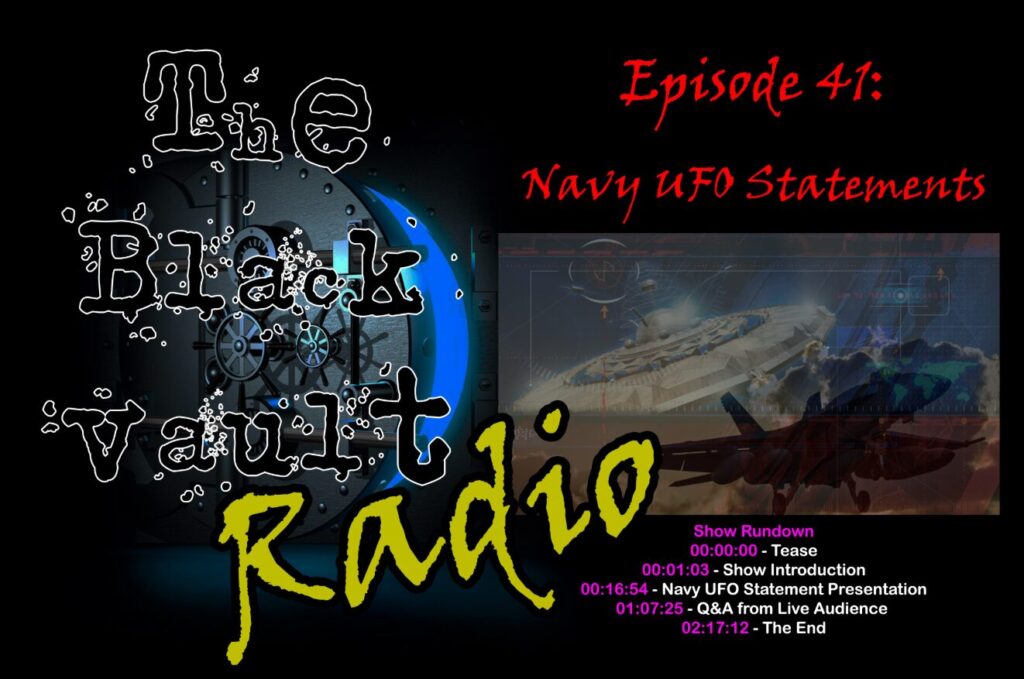 In Episode #41 of The Black Vault Radio, join me, John Greenewald, Jr., as I dissect the string of official statements on UFOs / UAPs as issued by the U.S. Navy to The Black Vault. These are the statements that has caused a flurry of worldwide attention in the past weeks. I will go over each one, word for word, so you can see exactly what the U.S. Navy has said, and we will go over what it may, or may not, mean.

Here is the video presentation, if you want to WATCH on YouTube: