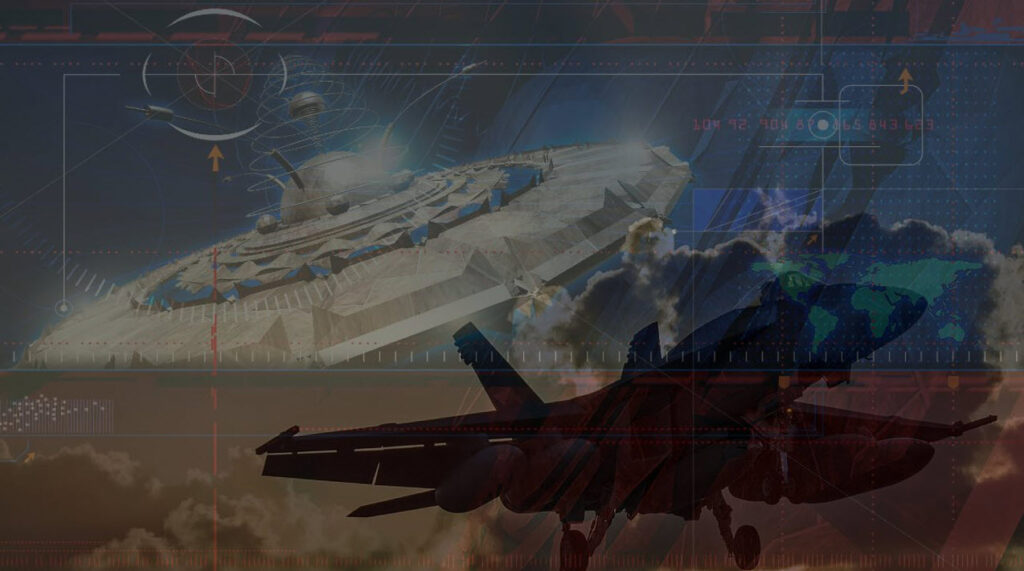 Today, the U.S. Navy released the dates of three officially acknowledged encounters with what they call “phenomena.”  In multiple statements received exclusively by The Black Vault, the Navy excited those interested in UFOs by officially admitting that the videos referred to as the ”FLIR1,” “Gimbal” and “GoFast” were, in fact, “Unidentified Aerial Phenomena” or UAPs. Now, the Navy has offered up brief, but additional details about the cases, some of which, were previously unknown.

The three videos referenced were originally released by the New York Times and To The Stars Academy of Arts & Science (TTSA) beginning in December of 2017. Two of the three videos, “FLIR1” and “Gimbal,” were released first. Later in March of 2018, the “GoFast” video was revealed on TTSA’s website but offered limited details.

Most will recognize the phrasing, “Unidentified Flying Object” or UFO, much more easily than UAP. However, the U.S. Navy has seemingly adopted the latter in recent years. According to Joseph Gradisher, official spokesperson for the Deputy Chief of Naval Operations for Information Warfare, “the ‘Unidentified Aerial Phenomena’ terminology is used because it provides the basic descriptor for the sightings/observations of unauthorized/unidentified aircraft/objects that have been observed entering/operating in the airspace of various military-controlled training ranges.”

When asked what the three videos represented, Gradisher stated to The Black Vault, “The Navy has not publicly released characterizations or descriptions, nor released any hypothesis or conclusions, in regard to the objects contained in the referenced videos.”

Although the Navy will not go on the record about any conclusion they have drawn, Gradisher did offer a glimpse into how they characterize the videos by adding, “The Navy considers the phenomena contained/depicted in those 3 videos as unidentified” (emphasis added).

It was also revealed that “FLIR1,” “Gimbal” and “GoFast” are not the official names used by the U.S. military to reference these videos. “The Navy’s official identifiers for the referenced videos do not match the names referenced (FLIR1, Gimbal and GoFast)… the Navy identifies these videos by the respective dates of the observations/sightings,” said Gradisher.

The Navy did not offer the exact designation numbers for the videos, but did reveal the dates for all three incidents. “[The] dates are 14 November 2004 for ‘FLIR1’ and 21 January 2015 for both ‘Gimbal’ and ‘GoFast.’”

The “FLIR1” video was taken during what is known as the “Tic-Tac Incident” which occurred off the coast of San Diego, and the date for this encounter has been known for some time. However, the dates for the “Gimbal” and “GoFast” videos, were not. According to TTSA’s website, “the date, location, and other information have been removed by the originating authority as part of the release approval process.”  This phrasing is used verbatim on both the “Gimbal” and “GoFast” pages.

With this new revelation from the Navy, it now shows the “Gimbal” and “GoFast” cases occurred on the same day and quite possibly, are two aspects of the same event. The idea has been floated by some researchers that the videos were related, due to critical analysis of the on-screen displays, and the fact that the voices within the videos sound similar, but the fact was not officially confirmed, until now.

The Navy was asked for more specifics, such as details about the location the videos were shot in, but the response to that line of questioning was brief. “We will not be providing any details on individual reports,” responded Gradisher. And that is where the information stopped flowing on the three videos.

The news comes as a surprise to many, and aides in research currently underway on these UAP cases. Although the Navy won’t comment on the specifics about the “Gimbal” and “GoFast” location; one researcher feels he’s figured it out.

According to filmmaker Dave Beaty, who re-released the “Nimitz Encounters” movie about the “Tic-Tac Incident” earlier this year, another piece of the puzzle has emerged with these recent statements. “The fact that we now know the dates of the ‘Gimbal’ and ‘GoFast’ videos helps put one more piece of the puzzle together,” says Beaty. “The deck logs from the USS Normandy, the cruiser in the USS Roosevelt Strike Group, shows she was in a specific location off the coast of Florida and Georgia. Specifically, a little more than 100 miles east, equidistant between Jacksonville and Savannah. This is the JAX OPAREA. The cruiser stays with the carrier at all times during operations. So now we not only know the date, but the estimated position of the UAP.”

Although many theories have been proposed on what these UAP encounters are, some believe they may simply be a biproduct of U.S. military training exercises utilizing classified drone or related technology. Unbeknownst to the pilots involved, these classified instruments are utilized in their field of view, captured on infrared cameras, and certain members of the military may not be ‘read in’ to what classified technology they may be witnessing. Although that seems like a plausible explanation for these encounters, these new statements by the Navy labeling the cases as “unidentified aerial phenomena” are making some second guess that theory.

“I would find it hard to believe that another branch, such as the USAF, would conduct secret tests without letting the Navy know,” said Beaty. “It’s not beyond the realm of possibility, if secrecy is paramount, but I think it would break a few safety protocols. I’ve speculated that these are the newest advanced drones we have, but now, I’m reconsidering that once again.”

The hunt for the truth… continues.