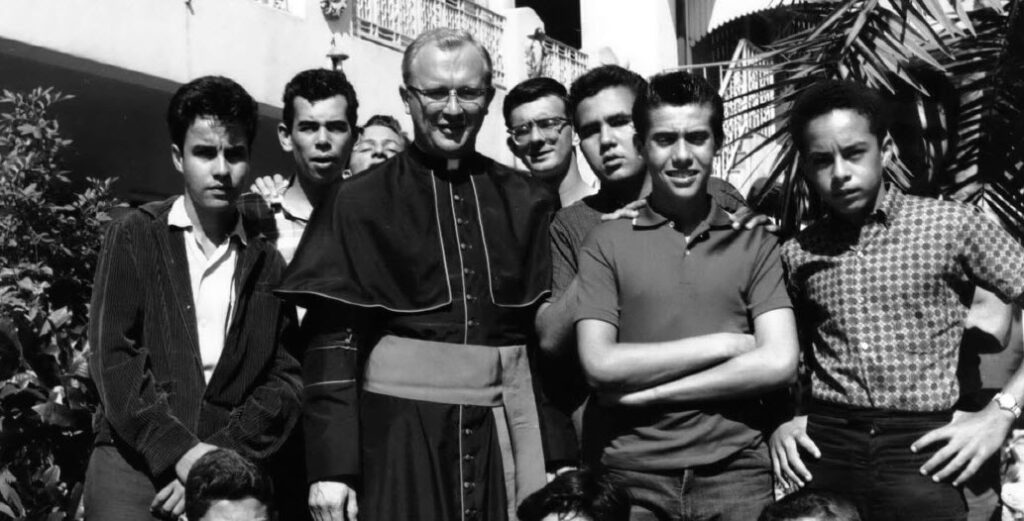 Operation Pedro Pan (or Operación Pedro Pan) was a mass exodus of over 14,000 unaccompanied Cuban minors to the United States between 1960 and 1962. Father Bryan O. Walsh of the Catholic Welfare Bureau created the program to provide air transportation to the United States for Cuban children. It operated without publicity out of fear that it would be viewed as an anti-Castro political enterprise.