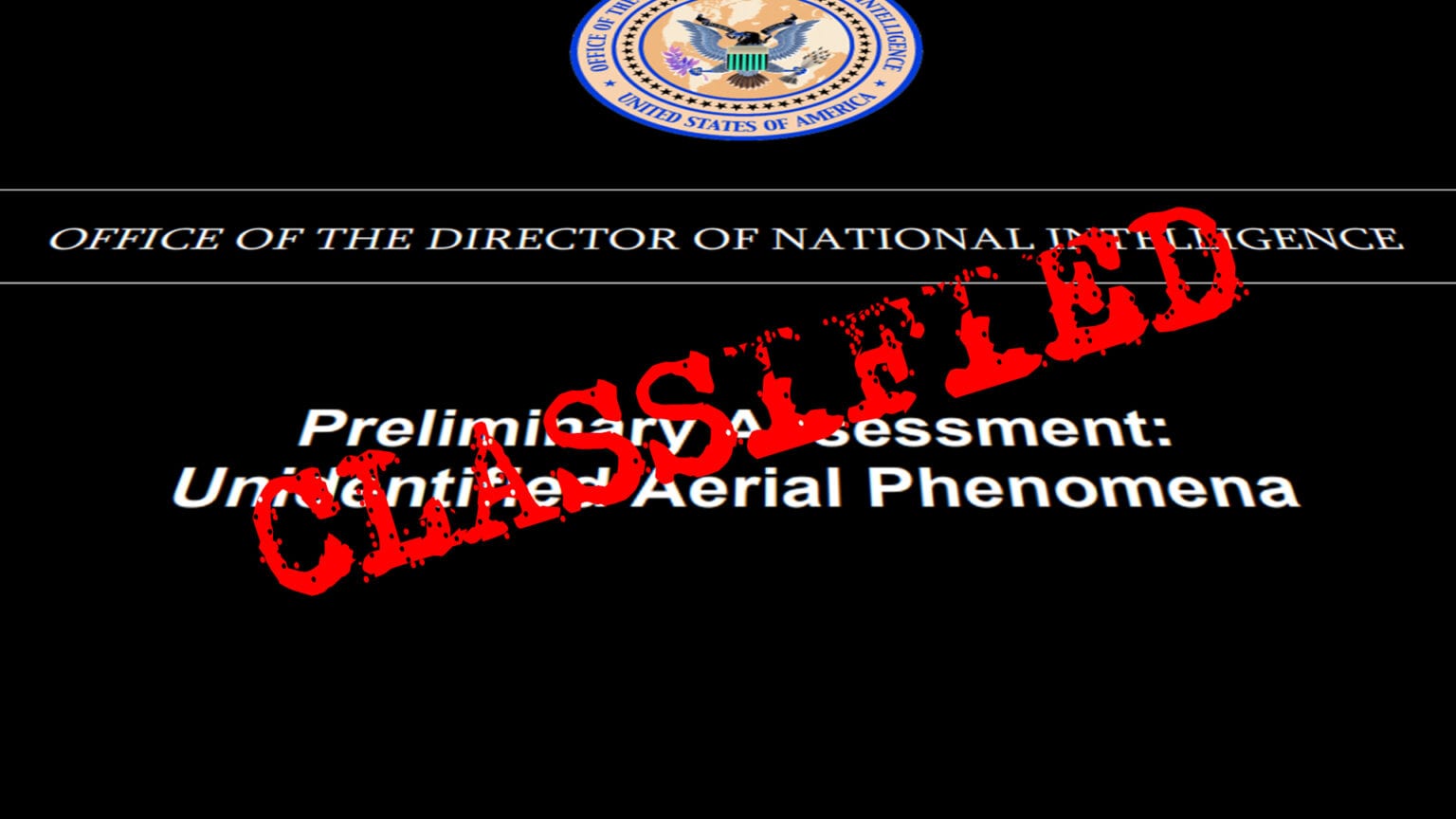 On Friday, June 25, 2021, the Office of the Director of National Intelligence (ODNI) delivered the much anticipated report on Unidentified Aerial Phenomena or UAPs. As stipulated by the original language in the Intelligence Authorization Act Supplemental Report for FY 2021, there was authorization to supply a “classified annex” to the unclassified report which was requested. It was confirmed on Sunday, June 27 to The Black Vault by ODNI, that there was definitely a “classified report” issued as well; but details were scant.

“The classified report includes some additional information that could not be declassified consistent with the protection of sources and methods,” an ODNI spokesperson told The Black Vault in an e-mail.

However, they did add, “The unclassified preliminary assessment and classified annex are substantively consistent and the key conclusions are the same in both.”

In other words, according to ODNI, they did not release one conclusion to the public and another within a classified report.

One other detail was also confirmed by The Black Vault.

Maj. Gen. Simpson has an extensive background. According to his biography posted on the USAF website:

“Maj. Gen. Daniel L. Simpson serves as Assistant Deputy Chief of Staff, Intelligence, Surveillance and Reconnaissance, Headquarters U.S. Air Force, the Pentagon, Arlington, Virginia. He is responsible to the Secretary and Chief of Staff of the Air Force for policy formulation, planning, evaluation, oversight and leadership of Air Force ISR capabilities; force development of more than 25,000 ISR Total Force Airmen; and integration of Air Force ISR planning with the national intelligence community. He also serves as the National Intelligence Manager for Aviation and as the Executive Director, National Aviation Intelligence Integration Office under the auspices of the Director of National Intelligence.”

He would also be one of the recipients of the classified version.

Shortly after the UAP report was released, The Black Vault immediately initiated an MDR case under 32 CFR § 1704 (not under 5 U.S.C. § 552 FOIA) to get this classified version reviewed and potentially released, even in part. There is no indication if that will be successful, but the process is in motion, and further details will be posted on The Black Vault when the case plays out.