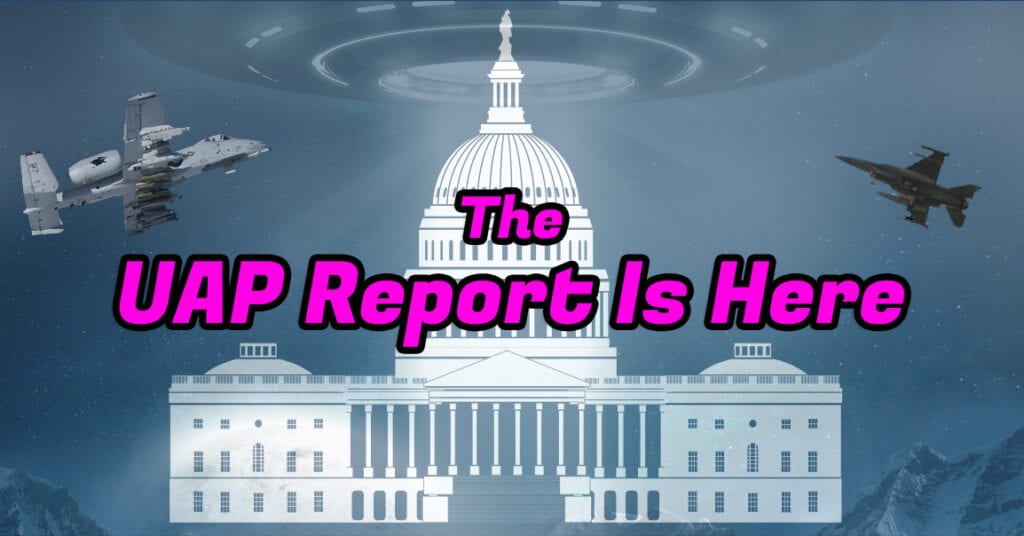 The Official U.S. Government UFO / UAP Report Has Been Released

For the past approximately 180 days, the general public has been anxiously awaiting the below report.

The Black Vault spoke with the Office of the Director of National Intelligence back in May, wherein a DNI spokesperson offered the following:

“The Senate Select Committee on Intelligence report attached to the fiscal 2021 Intelligence Authorization Act, which was part of the omnibus spending bill signed on Dec. 27, 2020, tasked the Director of National Intelligence, in consultation with the Secretary of Defense, with submitting an unidentified aerial phenomena (UAP) report to Congress within 180 days of enactment.”

The time has come, where the report has now arrived, and right on schedule.

You will find the complete Unclassified / public version below. A video to The Black Vault’s YouTube channel is already in the works. Make sure you SUBSCRIBE to the below channel for more updates SOON!