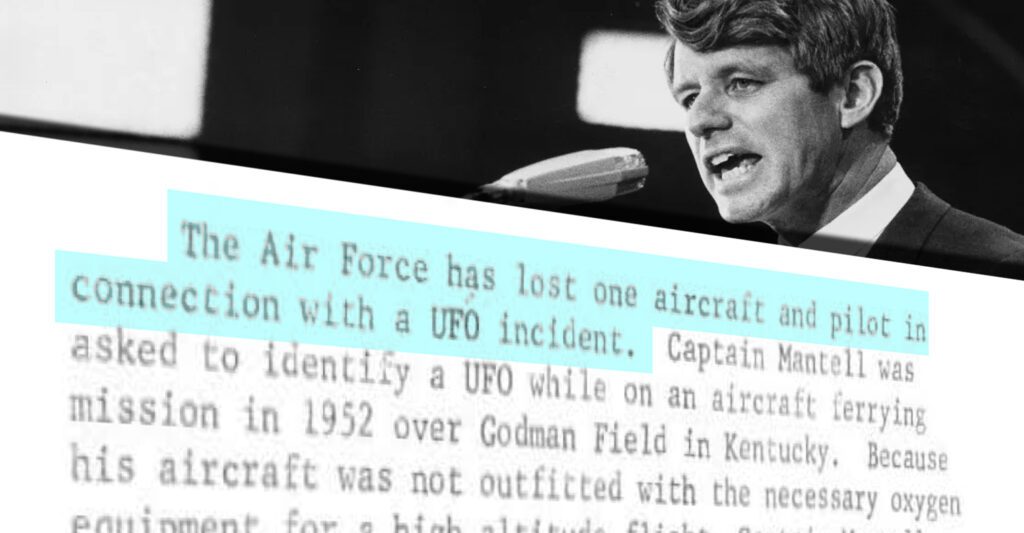 The follow document was obtained by The Black Vault while at the John F. Kennedy Presidential Library.

It was obtained circa 2005, while I was producing UFOs and the White House for The History Channel. The records were obtained in person at the library.

The first page of the .pdf file below, is the constituent that first wrote Senator Robert F. Kennedy regarding his concerns about UFOs. In response, a Colonel from the USAF responding, and outlined two notable incidents, one of which, was the Thomas Mantell case where the pilot chasing a UFO was killed. It was blamed on oxygen starvation due to lack of equipment, but many have felt that was a cover story and not how the event went down.