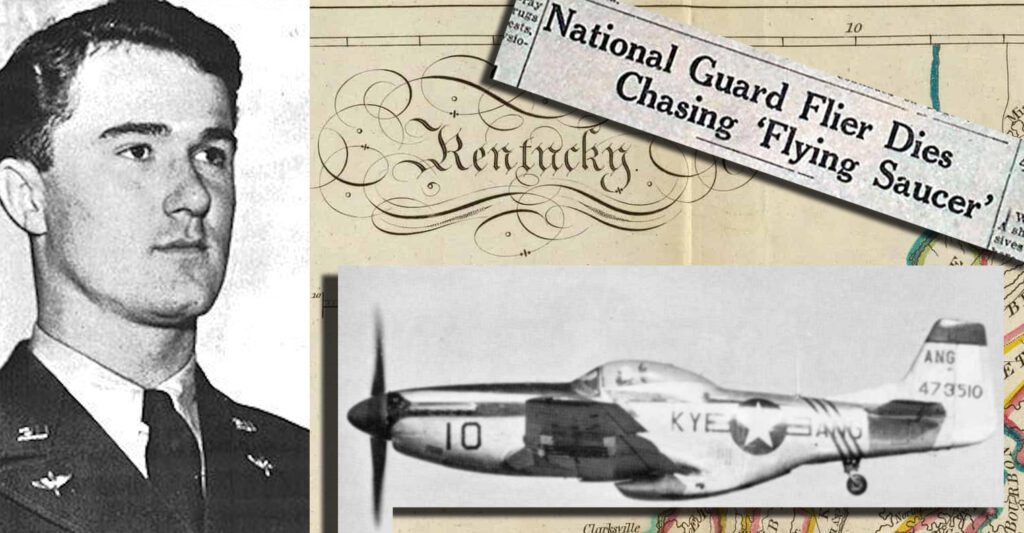 On January 7, 1948, 25-year-old Captain Thomas F. Mantell, a Kentucky Air National Guard pilot, died in the crash of his P-51 Mustang fighter plane near Franklin, Kentucky, United States, after being sent in pursuit of an unidentified flying object (UFO). The event was among the most publicized early UFO incidents.

The case was documented heavily within the Project Blue Book files. That case file is below, along with the extensive array of photographs at the crash site.