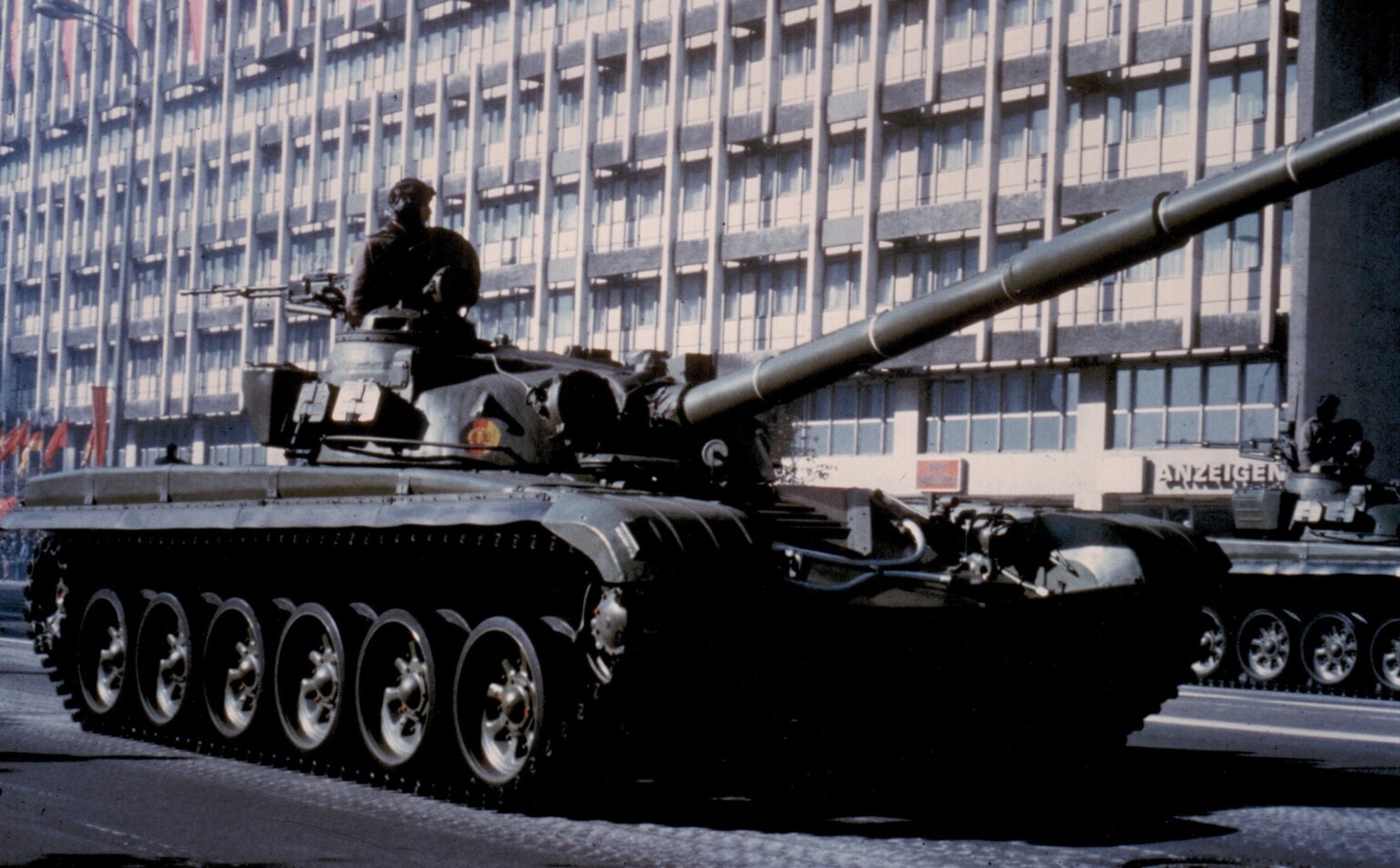 The below are records from the Cold War era about strategy, warfare, the Soviet Union, etc.

They are listed from the newest to the oldest.

Acquisition Management in the U.S. Air Force and Its Predecessors, 1997 [66 Pages]

Air Combat Command (ACC) and the Legacy of the Cold War, December 1995 [3,228 Pages, 124.91MB] – The end of the Cold War in 1989 brought with it a restructuring of the Department of Defense. The ACC came into existence on June 1, 1992, incorporating assets from the Strategic Air Command (SAC), Tactical Air Command (TAC), and Military Airlift Command (MAC). During the Cold War, SAC and TAC had the primary responsibility of enforcing United States policies around the world through the deployment of air power, especially to contain and deter communism. Air Defense Command (ADC; renamed Aerospace Defense Command in 1968) and SAC had the primary responsibility for deterrence and air defense of the continental United States; TAC supported this mission. The bulk of the USAF ACC real property holdings are related to SAC, ADC, and TAC activities. Although the USAF missile program was transferred to the United States Space Command, under the operational authority of the North American Aerospace Defense Command in July 1993, the missile fields remain under the administration of ACC through the individual bases.

The Crowded Path to Unlimited Soviet Arsenals, September 21, 1994 [ 157 Pages, 4.89MB ] – What Soviet Party Leaders, General Staff, and Industrialists Thought They Were Doing in the Cold War. This volume contains much of the raw material on which this study is based. All items in this collection represent the testimony, in some form, of Soviet and American strategic planners and analysts whose professional careers were largely dominated by the need to understand and respond effectively to the military threat from their Cold War opponents.

Stranger than Fiction. Soviet Submarine Operations in Swedish Waters, January 1990 [86 Pages, 4.3mb] – The Soviets have conducted submarine operations in Swedish waters continuously since World War II. Although the evidence of these violations of Sweden’s territorial waters is incomplete, Swedish authorities indicate that submarine operations were carried out infrequently and at irregular intervals during the 1960s and into the late 1970s.

Eastern Europe on the Eve of the Malta Meeting, November 29, 1989

Studies on Soviet Combat Performance, 1 June 1977 [ 214 Pages, 8.1MB ] – The objective of this study was to analyse combat experience in World War
II on the eastern front, to attempt to detect characteristic patterns of behavior of Soviet military commanders and staffs under a variety of combat situations.
in order to acquaint United States officers with ~he decision making process of Soviet commanders, introducing them to the ways the Soviets think and act under combat pressure, so that they may b~ better prepared to estimate potential Soviet combat decisions and action.

Tactics (The Officer’s Library), 1966 [279 Pages, 26.2MB] – This book outlines the basic questions of the ground tactics of combined-arms combat in a missile and nuclear war. It presents the subject of tactics and its place and role in the military art and indicates the material basis of modern combined-arms combat, its character, and the most important principles of conducting it. Basic attention is allotted to the discussion of the content of offensive, encounter, and defensive combat.

Status of AID Project, as of 30 June 1964 [43 Pages, 5.10mb] – Document listing different periodicals and reference aids from the Soviet Union. Interesting titles. Still unclear where this intelligence might be.