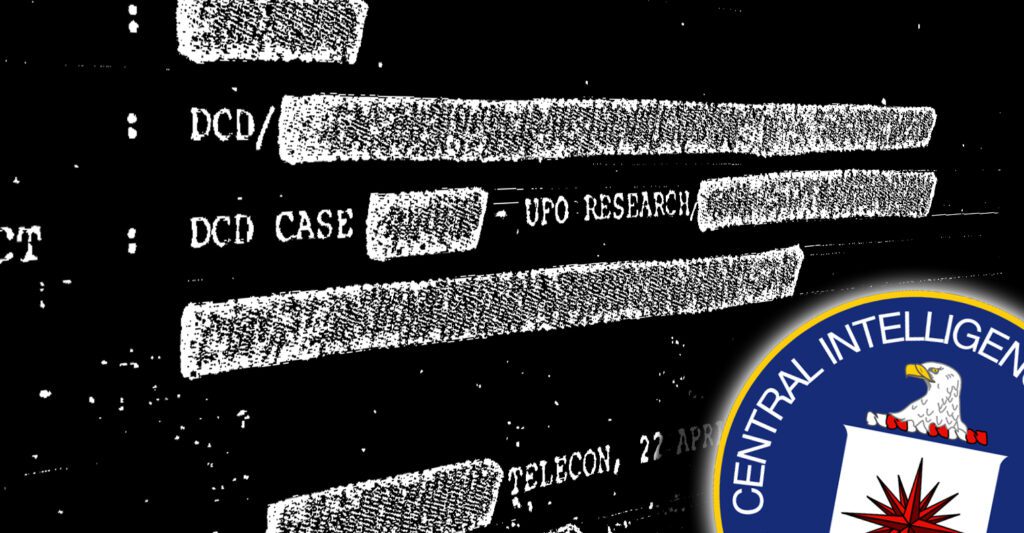 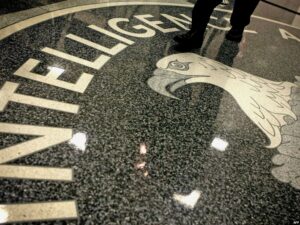 In yet another instance, the CIA has lost an important part of their history relating to UFOs. We know the record dealt with physical evidence connected to the UFO phenomena in some way, but exactly how or what it was, remains a mystery.

But first, some background:

For decades, The Black Vault has profiled a two page memorandum, originally classified but at an unknown level, which was released in redacted form in 1978 to another requester. It showed that it was written by CIA personnel (names redacted) from the Domestic Contacts Division (DCD) to an unknown person (name redacted) on 16 April 1976. The redacted memorandum outlines details about physical evidence of some kind, and how it related to UFO phenomena. But the exact details were hard to determine.

Much relating to the physical evidence that was “hand carried” to the office of the CIA’s Assistant Deputy Director of Science & Technology (A/DDS&T) was redacted. In addition, as the memorandum outlined, the Doctor A/DDS&T examined the physical evidence and decided to look further into the matter to help advise the unidentified CIA personnel who originally brought the material in.

That advice, whatever it might have been as given by the A/DDS&T, was also redacted from the released original document.

On the second page, it is further revealed that within the CIA, there were people “who [were]  monitoring the UFO phenomena,” but it was not in any “official basis.” The memo further explained that the A/DDS&T believed that, “… the best approach would be to keep in touch with and in fact develop reporting channels in this area to keep the agency/community informed of any new developments.” The A/DDS&T went on to state, “In particular, any information which might indicate a threat potential would be of interest, as would specific indications of foreign developments or applications of UFO related research.”

Given the details that were available in the released record, along with the fact much was still redacted, The Black Vault filed a Mandatory Declassification Review (MDR) case on January 24, 2019, to get the record reviewed for potential further release. The intent with MDR cases such as these, is essentially to get the agency to conduct an internal review the complete record with no redactions, and then potentially release more information if it is not considered classified or exempt.

However, after nearly three years of waiting, the CIA told The Black Vault that the original document which held no redactions — was gone.

This has become a trend, as The Black Vault has outlined on numerous occasions here, here and here, that the CIA is continually losing their UFO records that may potentially have some of the best evidence for determining what could be behind these phenomena.

The CIA’s MDR final letter, along with the original document released in part from 1978, is below.