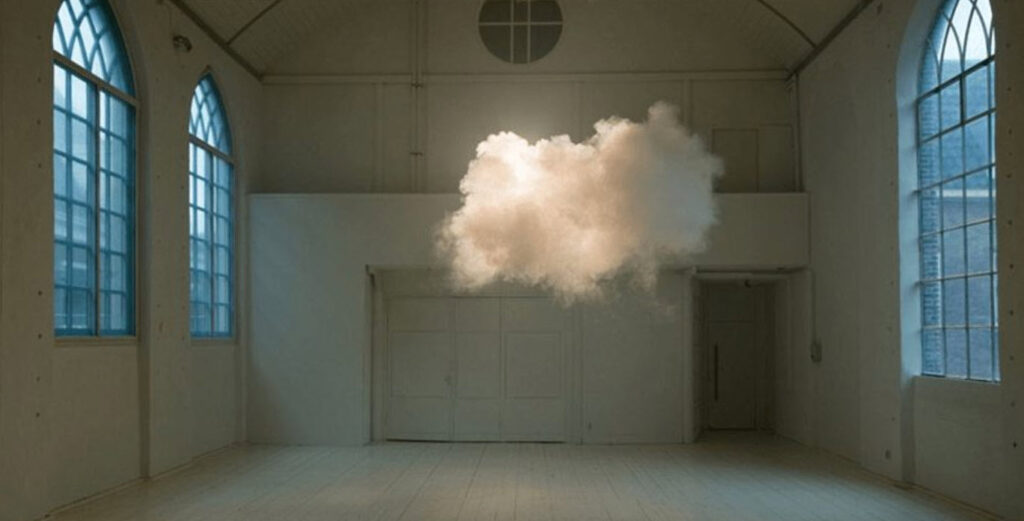 Weather modding is the act of intentionally manipulating or altering the weather. The most common form of weather modification is cloud seeding to increase rain or snow, usually for the purpose of increasing the local water supply.

Weather modification in warfare has been banned by the United Nations.

Operational Defenses through Weather Control in 2030, April 2009 [44 Pages, 1.0MB] – The United States needs to incorporate the defense against directed energy weapons with the same intensity used developing anti-ballistic missile defenses. One of the major drawbacks to optical or directed energy systems is the inability to penetrate clouds or dense fog. Advances in technology are beginning to bring weather phenomena under our control. Greatly increased computing power and micronized delivery systems will allow us to create specific perturbations in local atmospheric conditions. These perturbations allow for the immediate and lasting ability to create localized fog or stratus cloud formations shielding critical assets against attack from energy based weapons. The future of nanotechnology will enable creation of stratus cloud formations to defeat DEW and optically targeted attacks on United Sates assets. The solution the weather control problem involves networked miniature balloons feeding and receiving data from a four-dimensional variation (4d-Var) computer model through a sensor and actor network. A network of diamond-walled balloons enters the area to be changed and then both measures and affects localized temperature and vapor content. This system effectively shortens the control loop of an atmospheric system to the point it can be managed. The capabilities in the diamond-walled balloons are based on the future of nanotechnology

Benign Weather Modification, by BARRY B. COBLE, MAJOR, USAF, May 1997 [43 Pages, 1.90MB] – Weather modification is a technology once embraced by the United States (US) military as a tool to help both wartime and peacetime missions. However, interest in the ability to modify weather has waned over recent years and is now nearly nonexistent. This study examines one aspect of weather modification, benign weather modification (BWM), for possible use in assisting military operations.

SPACECAST 2020. Volume II, June 1994 [31 Pages, 3.5MB] – This paper proposes a counferforce weather control system (with both space and ground based segments) and identifies the prerequisites necessary for such a system to be feasible. Atmospheric scientists have pursued terrestrial weather modification in
earnest since the 1940s, but have made little progress because of scientific complexities, legal battles, social concerns, and the intricacies of control at the local, national, and international governmental levels. Developing a space-based weather control system for military applications enormously compounds this already difficult problem The costs and risks are extremely high However, the potential benefits to military powers are even higher; subsequently, military powers will periodically be inspired to investigate the feasibility of a weather control system. (Note: This document was classified entirely for many years, and in January of 2014, requested again for its release. In June of 2016, Maxwell Air Force Base finally released it. Although redacted in parts, it is now available.)

Weather Modification: The Ultimate Weapon? April 1993 [30 Pages, 1.70MB] – Weather modification. The very words conjure up an Image of quackery, charlatanism and trickery. Attempts to control or alter the weather are almost as old as civilization itself, ranging from the incantations of ancient priests, through the famous rain dances of North American Indians, to modern computer-supported experimentation and modeling. Yet, in spite of this long history, the credibility of these techniques has always remained rather low, due principally to the inherent problem of verifying results. However, while many obstacles remain to be overcome, considerable technological and scientific progress in weather modification has been made since the Second World War, to the point where it deserves serious consideration, especially in light of the potentially catastrophic consequences of its use.

Proceedings of International Workshop on Atmospheric Icing of Structures (1st) Held at Hanover, New Hampshire on 1-3 June 1982 [361 Pages, 23.2MB] – The accumulation of ice in its various forms on structures has long been recognized as a significant and costly problem for both industry and government world-wide. The purpose of this First International Workshop on Atmospheric Icing of Structures was to bring together scientists, engineers and managers from industrial and military organizations from around the world that have an interest in the accretion of ice on structures. The presumption underlying the use of ‘First’ in the title of the workshop is that this meeting would demonstrate the need for continued exchange of ideas, of reports of work accomplished and of future plans, and further identification of research areas requiring particular attention. The 39 papers from 10 countries presented at the workshop were organized into four technical sessions representing the various aspects of structural ice accretion studies underway. Topics included: Basic research; Physics of ice accretion; Simulation and modeling; Design-oriented research; Meteorological measurements and damage observations; and Iceload measurements and design practices.

Foggy Cloud I was a series of experiments in observation, modification, and treatment of fog and stratus clouds conducted at or near the Arcata-Eureka airport, Humboldt County, Calif., from late March through mid- November 1968. A wide range of propsective seeding agents, including smokes, liquids, and powders, that were thought to offer promise for stabilization or clearance of fog were systematically screened by ground-based and airborne dissemination. The major emphasis was placed upon the elimination of fog rather than upon simply improving visibility. Those agents showing enough identifiable effects to indicate promise were investigated in detail and improved upon. Observations were made of fog characteristics, visual effects, changes in cloud physics parameters, and of the fallout from the fog. Hygroscopic smokes were found useful for intensifying, stabilizing, and forming fog and stratus. Hygroscopic powders, including sodium chloride, urea, and calcium chloride, were tried. Of these, calcium chloride showed the most promise, but testing was not completed. Hygroscopic liquids showed the most immediate results, and successful tests were made with ammonium nitrate in solution. In October, a solution consisting of ammonium nitrate, urea, and water was developed that was used in several very successful field trials.

Project Gulf Q was conducted 11 through 28 May 1969 at Brownsville, Tex. The objective was to study the modification of warm tropical cumulus clouds by seeding them with hygroscopic solutions that had exhibited considerable warm cloud modification potential. These solutions were sprayed from aircraft on all of the 16 tests completed during the project period. Effects attributable to this treatment were observed in all tests. When cloud growth occurred afterseeding, there were frequently marked increases in liquid water content and turbulence, especially in the upper half of the target cloud. On five tests the seeded clouds completely dissipated within 5 to10 minutes after treatment.

A Summary of the U.S. Navy Program and FY 1967 Progress in Weather Modification and Control, 1967