by John Greenewald – The Black Vault – Originally Published May 2, 2019

As the Navy sends out a statement this week that any new “UFO” reports relating to their new guidelines will likely remain a secret; the intelligence community continues to “lose” UFO related documents from our past.

Nearly two years ago, I filed a Mandatory Declassification Review (MDR) request with the Central Intelligence Agency (CIA) for the re-evaluation of a one page document, back from 1952, in hopes more of the record could be released. The MDR process requires an agency to review a classified document, either previously released or not, and re-issue a copy of it after the review. Although it does not work 100% of the time to yield new information, I have had huge success with this process in recent years, especially with documents that have been released that were originally heavily blacked out. In some cases, the end result of the MDR request produced a new, much less redacted, version.

The document connected to this MDR request, detailed “Flying Saucers” reported over the Netherlands (see below). For some context and history, it should be known that behind the scenes, and in many cases away from the Air Force’s Project Blue Book, the CIA was collecting classified intelligence on UFOs and Flying Saucers. This document, is one of the many that contain heavy redactions, in which you can see items 1-3 are entirely removed. Interestingly, they did not use a “black out” method, despite elsewhere, but this was common many years ago during document reviews. The National Security Agency (NSA) also has many examples of using “white out” methods (ironically, also with UFO related “classified” intelligence – see thumbnail).

It took nearly two years for a response, but the CIA, following suit with responses I have received from the NSA and the Defense Intelligence Agency (DIA), claims to have lost the original and can not conduct a review. In their letter dated 19 April 2019, they say, “Please be advised that we conducted a thorough and diligent search in an effort to locate a full text version of the document but were unsuccessful. Although our searches were reasonably calculated to locate the relevant document, it is highly unlikely that repeating those searches would change the result.”

Similar responses were also obtained from the DIA in the past, which claimed they could not find the records; ANY of the hundreds that I requested a review of. And the NSA also claimed the same, denying they had full versions of the hundreds of UFO related documents. As the CIA continues the trend of the DIA and the NSA, one can not help but realize that UFO documents are completely vanishing from the archives of the Intelligence Community (IC).

I have multiple other MDR requests open with the CIA (and others). I hope they will not yield the same response of more lost history, but until those come in, I will continue to report what I find, as I find it.

The Original CIA document and the FOIA response, are below. 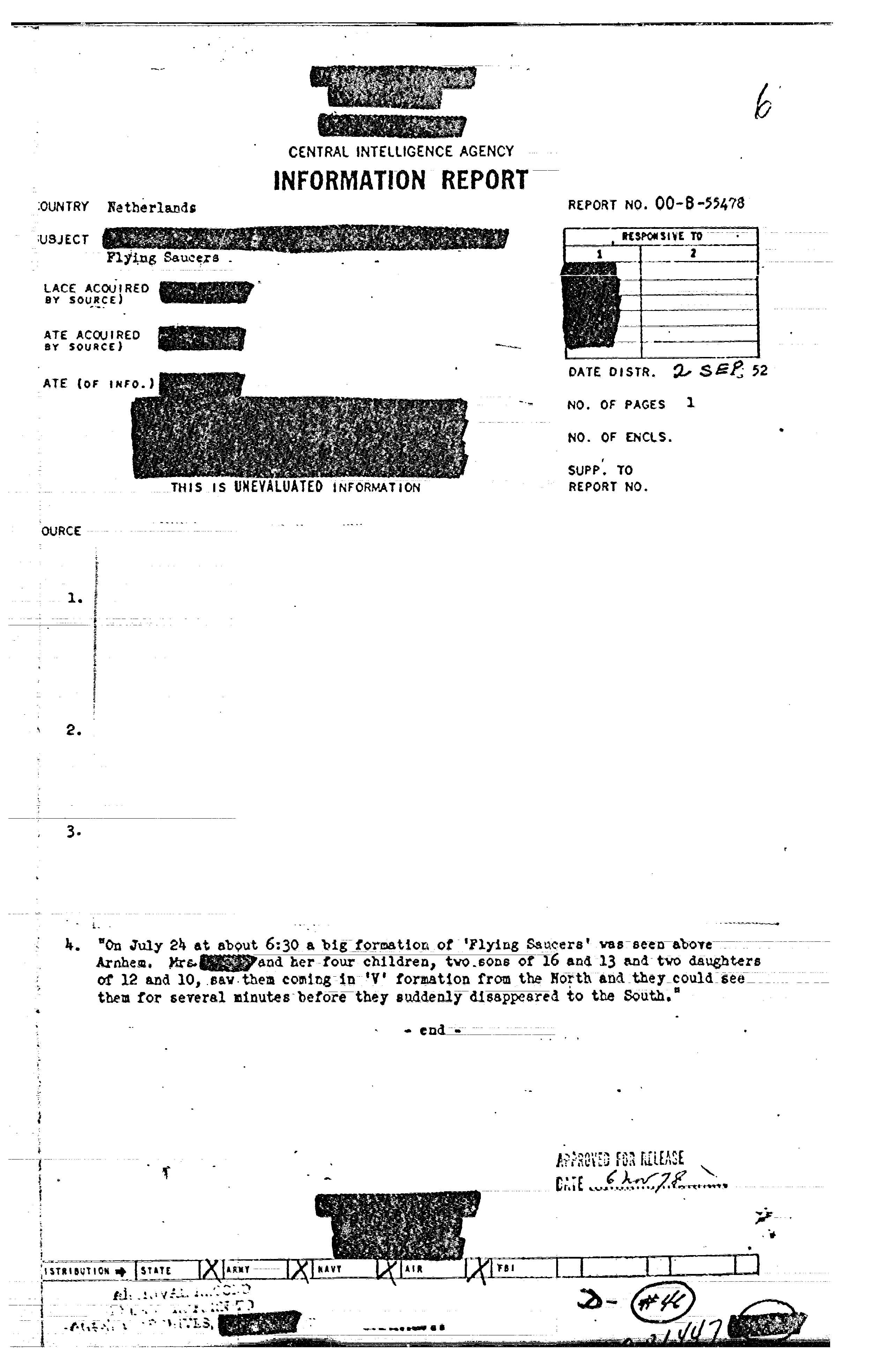 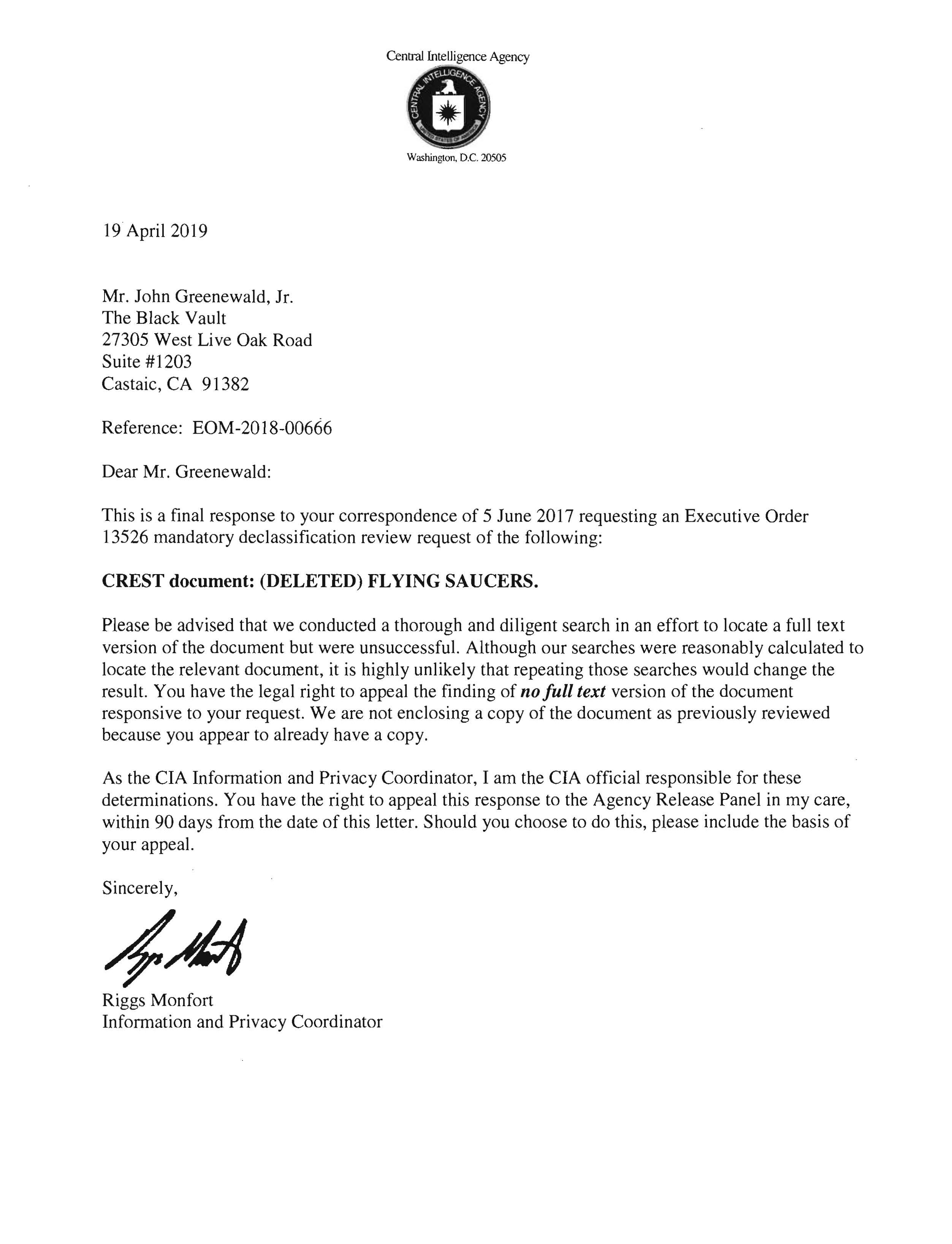