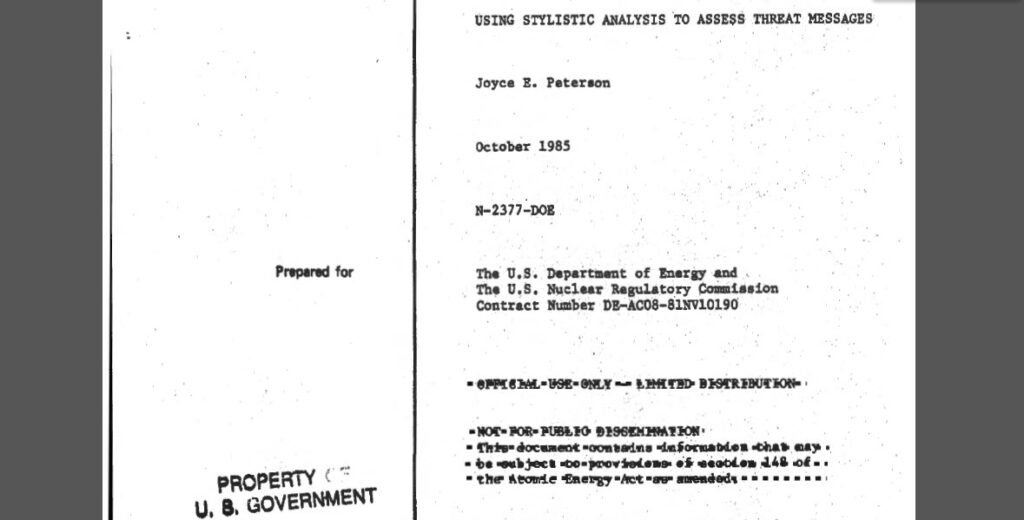 Since 1970, various corporations and public agencies in the United States have received extortion messages involving nuclear devices, materials, and facilities. Further, although the United States has enjoyed relative freedom from terrorism, internally, other countries have had to cope with increasing terrorist activities, including attacks on nuclear facilities. In 1974, the Energy Research and Development Administration established the Nuclear Emergency Search Team (NEST) to help deal with deal with peacetime nuclear accidents and address the technical, behavioral, and operational problems generated by nuclear extortion threats. NEST is now under the jurisdiction of the Department of Energy (DOE) .

Among the thorniest problems is deciding if a threat is credible and, thus, merits deployment of NEST. Then, once the decision to deploy is made, NEST must assist FBI efforts to locate the threatening substance or device and the extortionists, and possibly negotiate with them. In 1977, DOE and the Nuclear Regulatory Commission (NRC) funded a project that brought together specialists from Lawrence Livermore National Laboratory, Los Alamos Scientific Laboratory, Syracuse Research Corporation, and The Rand Corporation. Under the technical direction of the Lawrence Livermore National Laboratory, t~is project has developed
an operational capability to assess the credibility of nuclear threat messages. This assessment provides the basis for deployment decisions and the initial operational guidance for the NEST team after deployment.