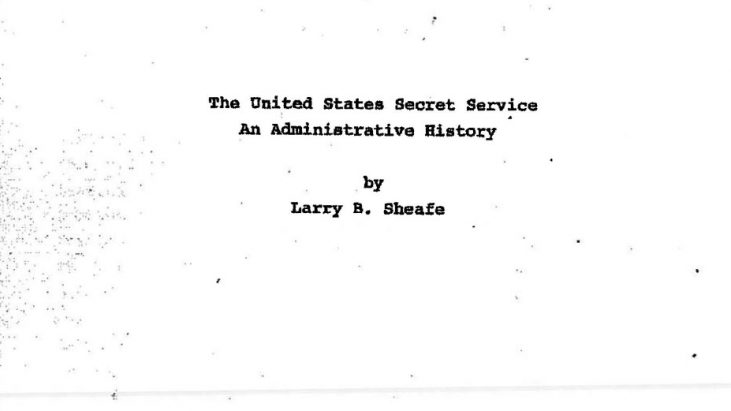 According to Noah Webster, secret is defined as, “kept from public knowledge or from the knowledge of certain persons•and service is shown to be, employment, especially public employment. This is exactly what the original Secret Service was: an organization of spies which operated during the Civil War at the direction of  the United States Government under the ultimate control of the Honorable Edwin M. Stanton, Secretary of State and then Secretary of War.

This use of spies during times of confrontation between factions was not a new idea. In fact the idea may have had divine inspiration, as the Bible, Numbers 13:2 says, “Then the Lord spoke to Moses saying, ‘Send out for yourself men so that they may spy out the land of Canaan.” From the time of Moses to Lincoln and to the present day, kings and heads of governments have employed spies, some .well organized and well concealed and some not so well organized and/or controlled.

The original Secret Service appears to have fallen in this “second category for at the conclusion of the Civil War there was concern voiced by members of Congress concerning the role of the Secret Service. General LaFayette Charles Baker was in charge of the War Department Secret Service and was criticized at the  conclusion of the war for lack of control, not reporting to any Bureau, and operating on his own. He responded to his critics by saying that they had no  knowledge of the peculiar and difficult business, (of being a spy and being in charge of an organization of spies). Here again Presidential protection was mentioned in connection with the Secret Service as Baker wrote, ”There was a very ordinary indifference in the mind of Mr. Lincoln in regard to threats of assassination, some of which I communicated to him and on one occasion I carried to Mr. Lincoln two anonymous communications, in which he was threatened with assassination.