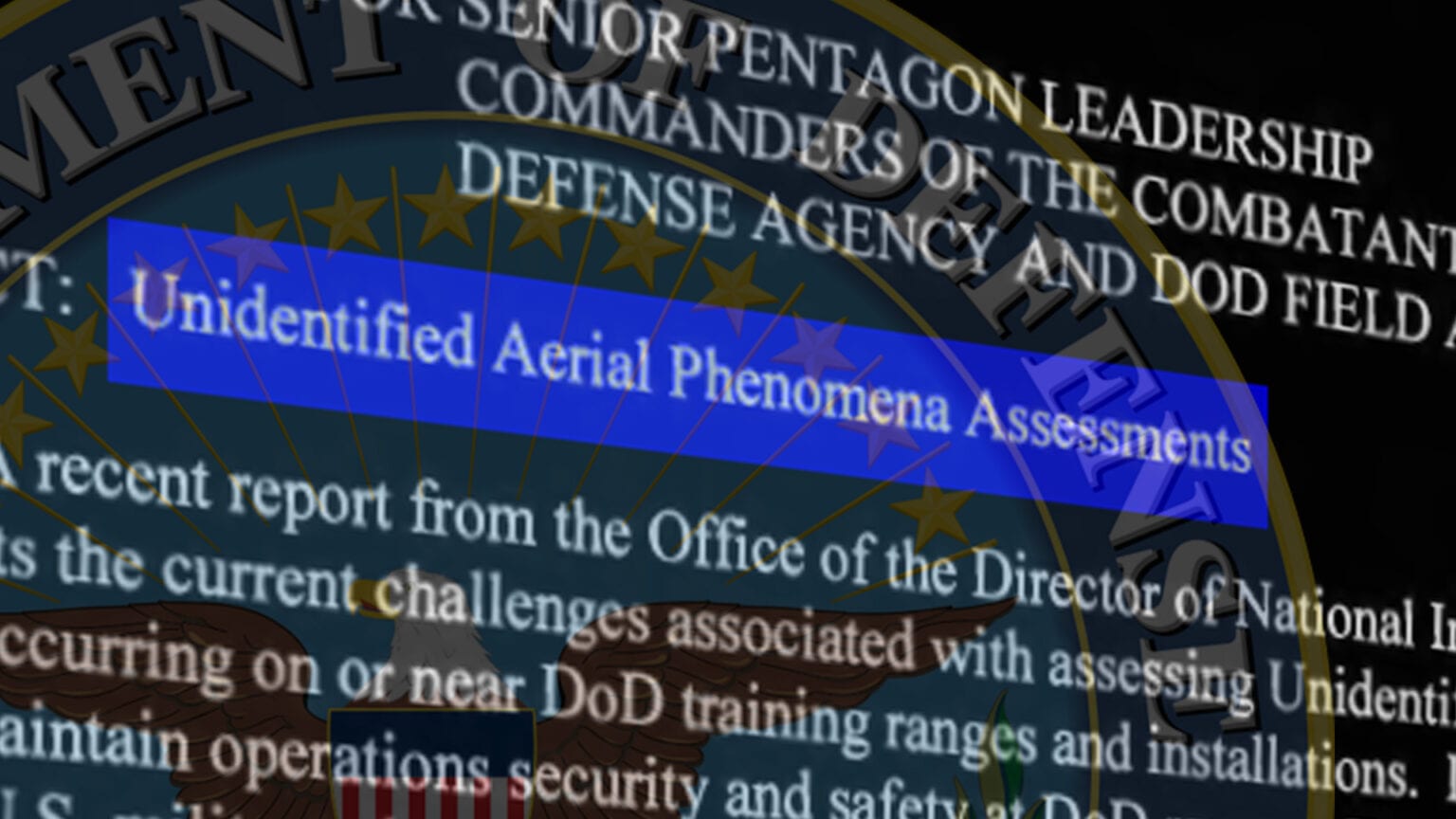 After the UAP Report was released by the Office of the Director of National Intelligence, the Deputy Secretary of Defense issued the following memorandum. (Pentagon Press Secretary statement follows the memo.) 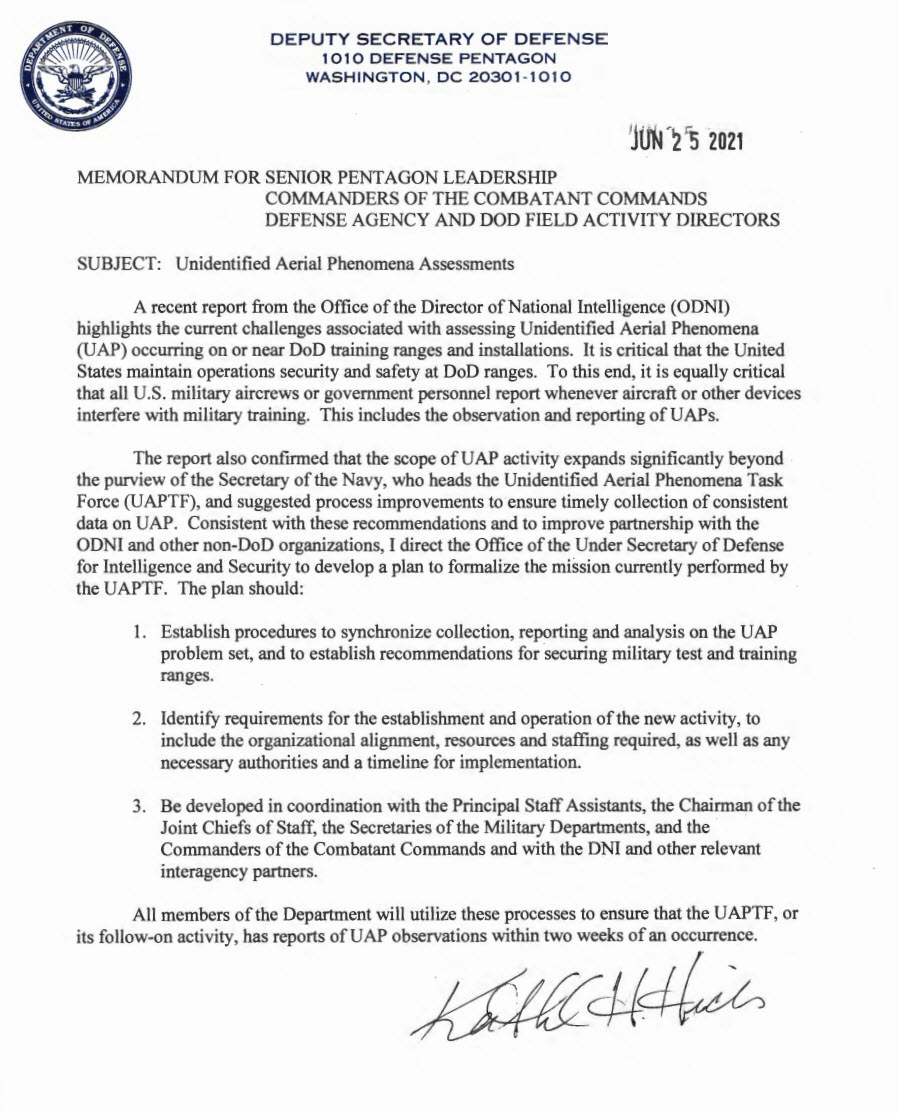 Today the Director of National Intelligence delivered to Congress a preliminary assessment on unidentified aerial phenomena (UAP) and the progress that the Intelligence Community and the Department of Defense UAP Task Force has made in understanding this threat.

Incursions into our training ranges and designated airspace pose safety of flight and operations security concerns, and may pose national security challenges.  DOD takes reports of incursions – by any aerial object, identified or unidentified – very seriously, and investigates each one.

The report submitted today highlights the challenges associated with assessing UAP occurring on or near DOD training ranges and installations.  The report also identified the need to make improvements in processes, policies, technologies, and training to improve our ability to understand UAP.

This plan will be developed in coordination with various DOD components, including the military departments and the combatant commands, and with ODNI and other interagency partners.  The plan will establish procedures for synchronizing collection, reporting and analysis of UAP; provide recommendations for securing military test and training ranges; and identify requirements for the establishment and operation of a new follow-on DOD activity to lead the effort, including its alignment, resources, staffing, authorities, and a timeline for implementation.