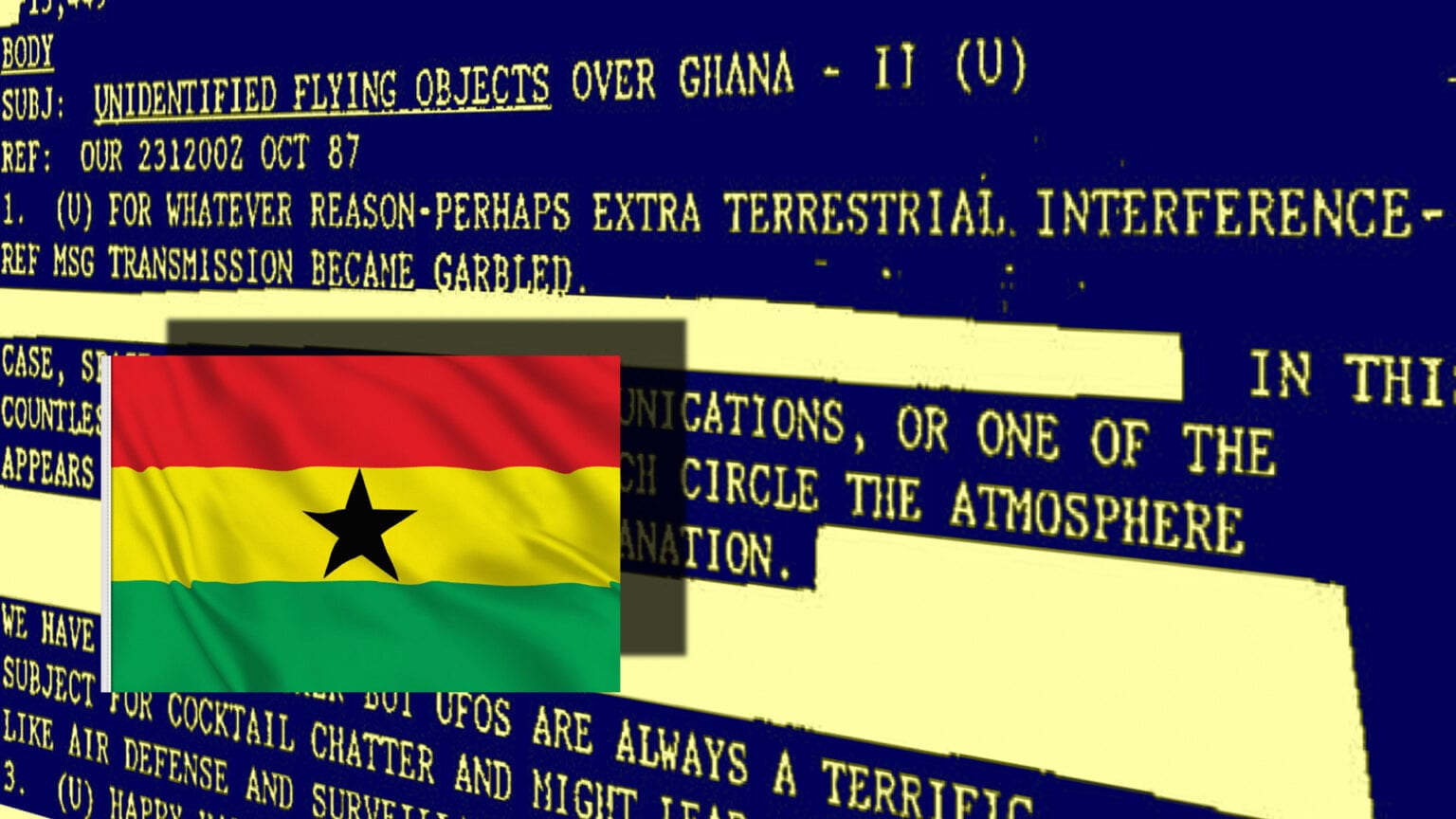 These documents were received by The Black Vault from the Defense Intelligence Agency (DIA) when seeking UFO information.

It is a string of communications between the DIA, the Joint Chiefs of Staff, and also the Defense Attaché Office in Ghana. The records were received out of chronological order, and were pieced together below in the best discernable manner, since EXACT dates are unclear on the records.

The string of communications are in August of 1987, and begin with a message sent to the DIA about UFOs being observed in Ghana. What transpires is very much a “loose speak” conversation when analyzing the information, wherein jokes and snarky comments are entwined throughout the intelligence report of the documented UFO encounters and testimony of the pilot that was passed on to the DIA. Why this is, is unclear. It makes what the true nature of the reports were saying very difficult to decipher.

What can be deduced, is the intelligence was real, and the pilot’s testimony was passed on due to his reputation. The accompanying dialogue began with what appears to be even a hesitation to pass on UFO information, but the person drafting the original communication felt it was important enough to do so.

The receiving end, which appears to then be a response written by DIA, makes sarcastic comments about “extraterrestrial interference;” how only Incas could see UFOs; and says UFOs are great for cocktail chatter. Aside of the snarky remarks, it appears they attempted to dismiss the UFO sighting by the pilot as “space debris” from a satellite of some kind, despite the pilot’s testimony that the object stopped from an apparent “falling” trajectory, and began climbing showing signs of propulsion and maneuverability.

The UFO, according to the pilot who witnessed it, said it had no sound; was shaped like a plane’s fuselage with no noted wings; was three times the size of a 747; and he saw eight blue lights indicating what he felt was part of the propulsion system.

The documents obtained can be downloaded below.