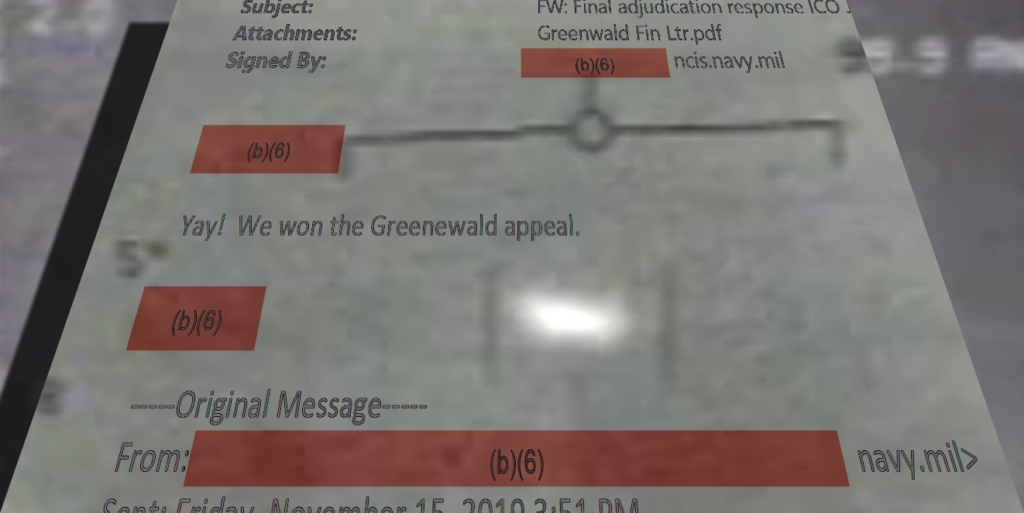 In September of 2019, I requested information on a (circa) 2009 Navy investigation of the leak of the “FLIR1” or USS Nimitz UFO video. This video first appeared on the internet back in 2007, and came to the attention of the Navy in 2009. They investigated, and decided against pursuing any action since 5,000 sailors on board the should could potentially have been the leaker. They felt no need to pursue anything further.

I was told that NCIS, by a secondary source in addition to my official Navy statement, would have documentation. My original FOIA request was filed, and denied, as it was given a “no records” determination. I appealed based on the official statement; and was denied a second time. I then filed a request for all records pertaining to my original case, and my appeal, and received internal emails. One, revealed they celebrated my FOIA loss. 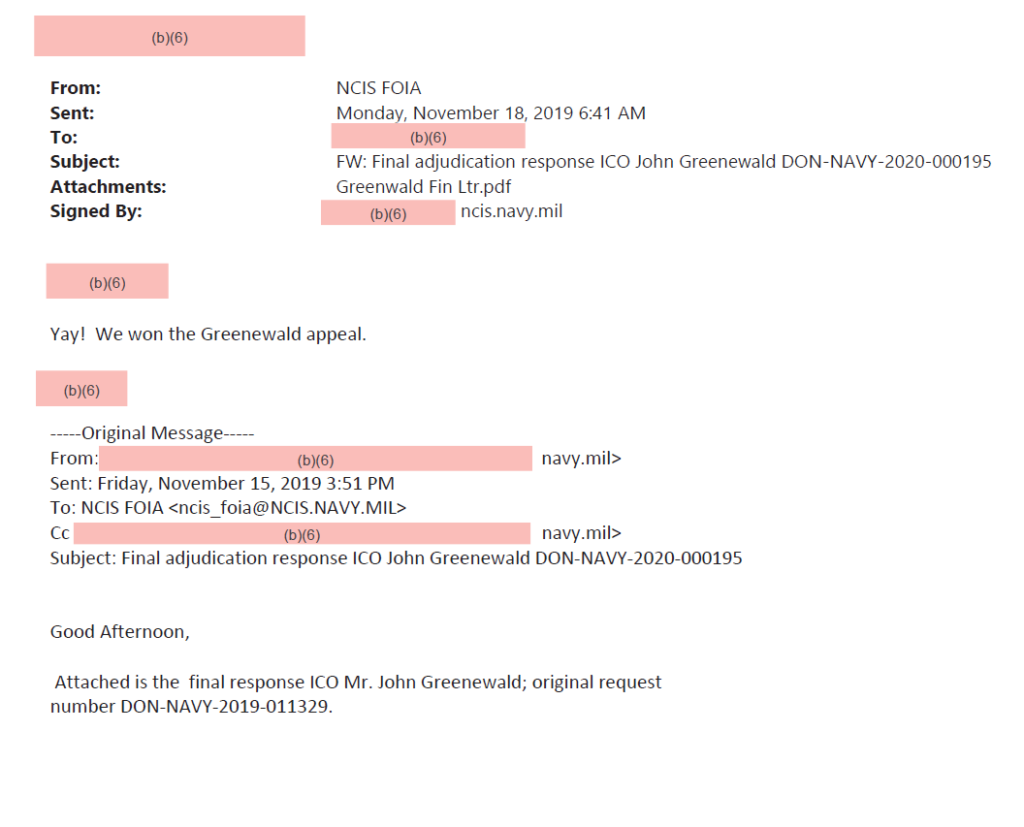 The rest, is below. The video above gives the story in full.