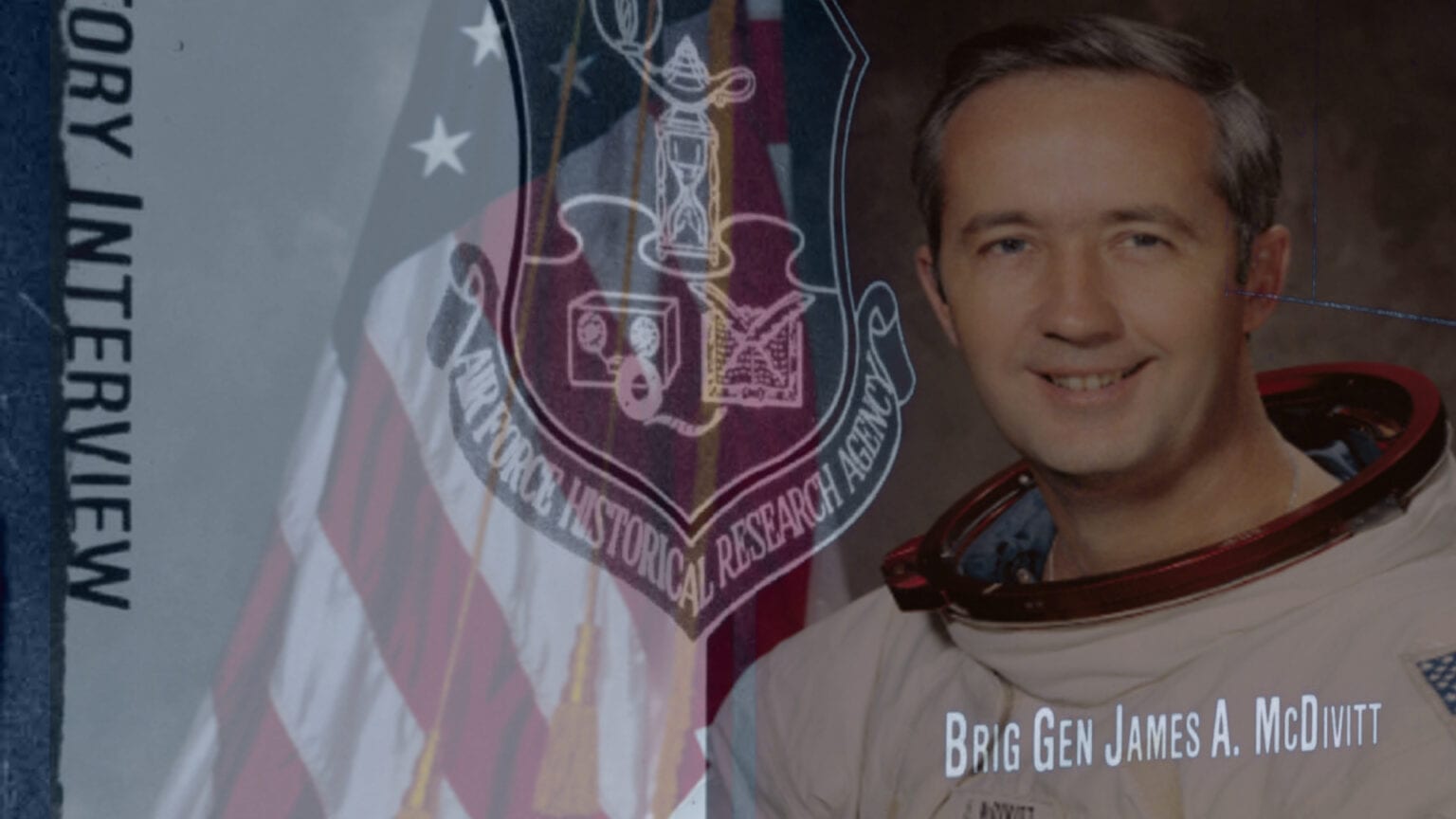 James McDivitt is an American former test pilot, United States Air Force pilot, aeronautical engineer, and NASA astronaut who flew in the Gemini and Apollo programs. He commanded the Gemini 4 flight during which Ed White performed the first U.S. spacewalk, and later the Apollo 9 flight which was the first crewed flight test of the Lunar Module and the complete set of Apollo flight hardware. He later became Manager of Lunar Landing Operations and was the Apollo Spacecraft Program Manager from 1969 to 1972.

In 1987, the U.S. Air Force conducted this oral history interview, over the course of two days starting on April 16, 1987, in Anaheim, California.

It was received by The Black Vault from AFHRA.