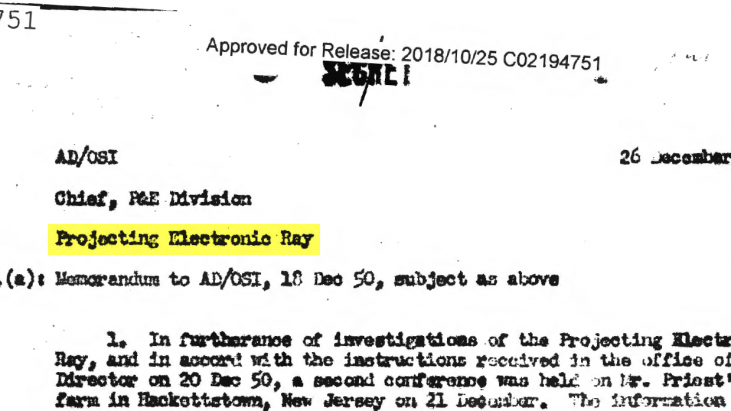 The Projecting Electronic Ray appears to have been an invention first created around 1936. It was a contract by the U.S. Army and an inventor by the name of William Marchant / Marchant Associates, Inc. Apparently, the inventory could not fulfill his part of the contract, so it was terminated. In December of 1950, the Director of the CIA, Walter Smith, ordered an evaluation of the invention.

The “ray” was supposed to ultimately be capable of delivering powerful electronic energy to a distance in excess of a few hundred yards to cut trees, minerals and metals, and to destroy life by conversation of a sharply tuned electronic ray into heat.

Below, you will find all the records received under the FOIA.

The CAESAR, POLO, and ESAU Papers