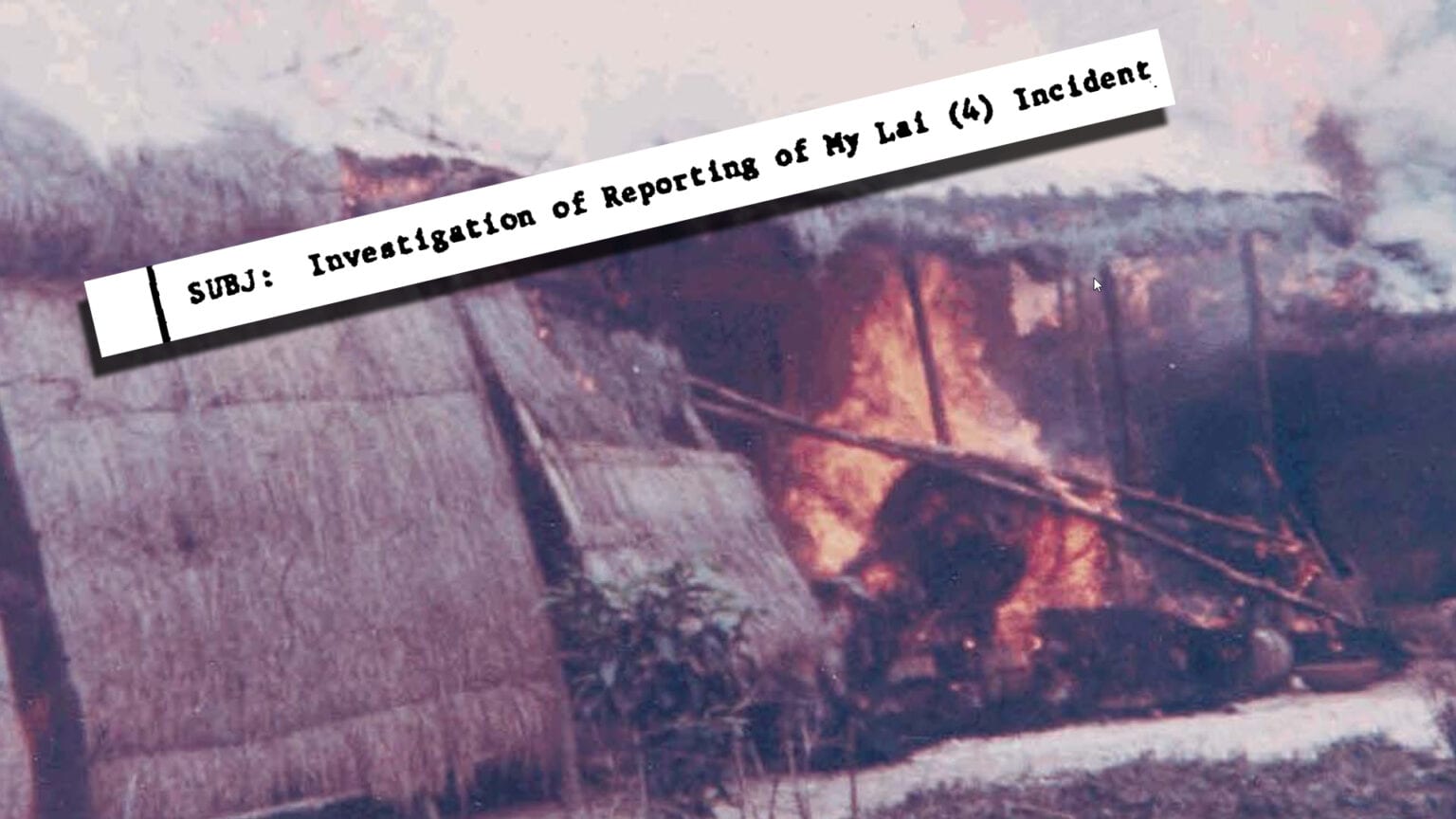 In November 1969, Stanley R. Resor, Secretary of the Army, and General William C. Westmoreland, U.S. Army Chief of Staff, directed Lieutenant General William R. Peers, U.S. Army, to “explore the nature and scope of the original Army investigations of what occurred on 16 March 1968 in Son My Village, Quang Ngai Province, Republic of Vietnam.” This collection of materials, commonly known as the “Peers Inquiry,” which provides the results of General Peers’ investigation of the “My Lai incident”— later also known as the “My Lai massacre”— is divided into four volumes: the report, witness testimonies, exhibit materials, and CID [U.S. Army Criminal Investigation Command] statements.

The following documents were obtained from the Library of Congress.

Volume I – The Report of the Investigation [395 Pages, 25.6MB] – Volume I of the Peers Inquiry contains the narrative report of the investigation. The report, which is divided into twelve chapters and two annexes, includes the 29 March 1969 letter from Ronald L. Ridenhour reporting the incident to the Secretary of Defense, the mission statement of the Inquiry, findings and recommendations, maps, an extensive table of contents, and a 26-page glossary.

Volume II – Testimony [18,163 Pages, 633MB] – Volume II of the Peers Inquiry, entitled “Testimony,” is further subdivided into a series of “books,” and is comprised of approximately 20,000 pages of testimony and summaries of testimony by over 350 witnesses.

Volume III – Exhibits [2,419 Pages, 208MB] – Volume III of the Peers Inquiry, entitled “Exhibits,” is further subdivided into a series of seven “books” containing all the supporting documents that were officially entered into the inquiry record. These documents include directives, statements, overlays and sketches, administrative memoranda, aerial maps and photographs, and operational and after-action reports. A small number of pages in the PDF version of the “Exhibits” series are illegible due to the poor quality of the original documents.

Volume IV – CID Statements [543 Pages, 32MB] – Volume IV of the Peers Inquiry contains CID statements received prior to the submission of this report. Only those considered to be relevant to this inquiry have been included. Also considered were the CID statements summarizing the interviews of Vietnamese civilians and military personnel. Although the Vietnamese testimony was of some value to this investigation, the inclusion of their statements in the report was not considered essential. The names of these Vietnamese and other non-Vietnamese personnel interviewed by the CID have been included.