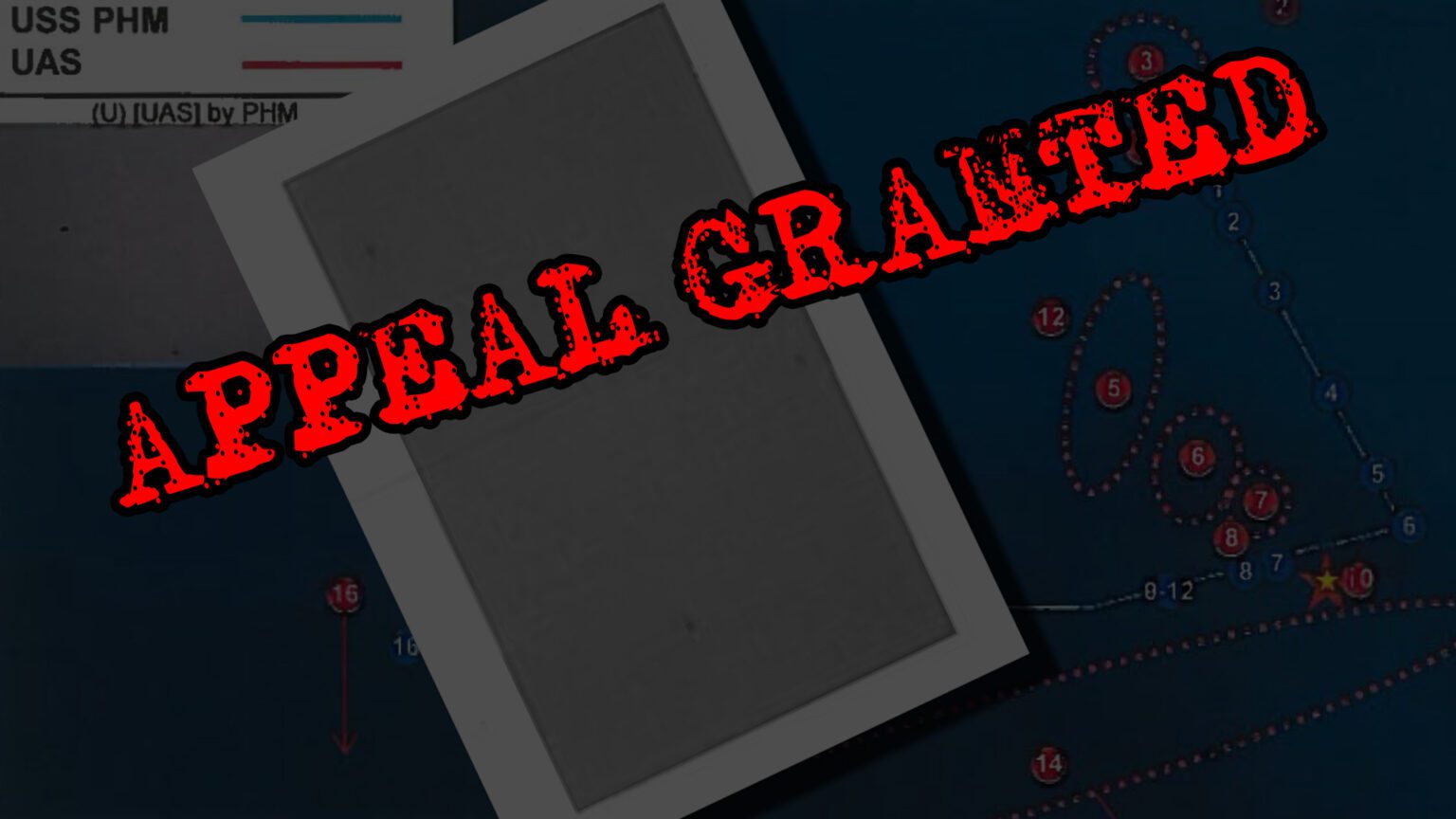 On January 27, 2022, The Black Vault published for the first time a photograph of the 2019 unidentified drone encounters that plagued some U.S. Navy vessels, including the USS Russell, USS Paul Hamilton, and others.

In addition to the photograph, a slide was also published that for the first time, revealed the timeline of how the events unfolded. Although the slide had been released before, the timeline was newly unredacted in The Black Vault’s FOIA request.

However, numerous issues arose which resulted in an appeal by The Black Vault being filed the next day. And now, only nineteen days after it was filed, the appeal was granted on the most important parts.

First, the appeal challenged the adequacy of the search. The deck logs that were requested, were not released. These were later obtained days after the appeal was filed, so this portion of the case was denied since it was a “moot” challenge.

However, despite that partial denial, the second part of the appeal which was granted was much more important. It challenged the quality of the photograph released (see above) along with the likelihood that more material should have been found. With the clear danger of the situation to U.S. Naval vessels, for there to be only one timeline slide and a poor photo to exist, but nothing else, was not likely at all.

Although you can’t successfully win an appeal just because you feel there should be more records based on a “gut feeling,” what happened next was revealing. The FOIA appeal letter sent to The Black Vault stated that the Office of the Judge Advocate General (JAG) for the U.S. Navy attempted to find out how the U.S. Pacific Fleet (the Navy arm that sought responsive records to the original FOIA request) searched for records during the course of The Black Vault’s request, but they were unable to do so.

Known as the “Initial Denial Authority” or IDA, the U.S. Pacific Fleet “…had no knowledge of the search terms that were used or how the search was otherwise conducted,” even though they were the ones directly involved with conducting the search, or at the very least, receiving search results from another office.  Therefore, according to JAG, “…the IDA was unable to adequately inform [JAG] regarding its search for potentially responsive records,” therefore there was no way for them to, “evaluate whether or not [the IDA’s]  search was adequate.”

As a result, all of those portions of The Black Vault’s appeal were granted, and the request has been sent back to the U.S. Pacific Fleet for a new search. In addition, The Black Vault will receive “a detailed accounting of its search for responsive records” along with a “status of its review of any potential responsive documents, and to complete its review within 20 working days from the date” of JAG’s letter (February 16, 2022). Further to that, “the IDA is directed to provide [The Black Vault] with subsequent status reports or document releases every 15 days thereafter.”

The FOIA appeal letter is attached below, and further details will be posted when available.